A Sneak Peek at SharePoint 2016

When Microsoft first introduced SharePoint in 2001, it was named Office Server. It emerged from Microsoft’s efforts to create virtual teams and facilitate exchange of information. Office Server grew to become SharePoint, a framework for web based applications. In the year 2010, MSS 2010 (Microsoft SharePoint 2010) was launched. Until 2010, MSS was being deployed mainly by small and medium enterprises. The new 2010 version was targeted at large enterprises (Gilbert et. al., 2009). 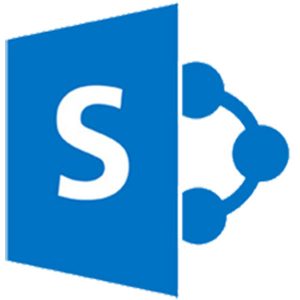 SharePoint is Microsoft’s framework for web applications. It consists of multiple web based technologies linked by a common infrastructure. SharePoint provides its non-technical users with document management systems, social networking, intranet & extranet, websites, and business intelligence software. All these services are integrated using networking technology. The 2007 version of SharePoint enhanced the document sharing, and document and content management features facilitating sharing of documents across servers and clients. Other highlights of this version were shared architecture, InfoPath Forms Services, and Excel Services.

MSS 2016
Microsoft is now poised to launch yet another version of MSS – SharePoint 2016. The new version is based on Office 365 in so far as scalability is concerned says feedback from SharePoint testers. Reporting on the evaluation of the new product by the RSG (Real Story Group), Jim Odom of Sharepointvenue says that the 2016 version of the software has some critical improvements over earlier version. Here is a quick look at the new features expected in the upcoming version of SharePoint:
Improved Media Integration
SharePoint 2016 envisages enhanced media integration with an option to use a commercially available Pinterest connector. Automatic conversion of raw videos to the new Splash format is also a highly awaited feature. The conversion time is expected to be no more than 24 hours according to Kashyap Kompella, analyst, RSG.
Cloud Commitment
SP 2016 remains loyal to cloud computing. With sync available for documents stored on Office 365, the new version of SharePoint becomes more agile than ever. In the words of Irna Guseva “SP 2016 really raises the bar here”.
Seamless Migration
SP 2016 has an inbuilt migration script that will facilitate automatic migration from the 2013 version to 2016. Theresa Regli, RSG Principal comments that Redmond recognizes the human desire to have a new social-work profile every so often.
Richer Text Editor
The new text editor in SP 2016 has an enhanced text editor with new icons similar to Word. The editor also has enhanced publishing tools says Bitsy Optimist, program manager at RSG.
Application Framework
The new application framework provided by SP 2016 facilitates drag and drop interface for non-developers. The code is generated automatically as with FrontPage. The WYSIWYG interface creates new instances of applications when users modify the application.

Conclusion
The new version of SharePoint has been generally well accepted. Analysts, programmers, and nonprofessionals alike are eagerly awaiting its release in the second half of 2015. This preview of the SP 2016 as the new version is by no means comprehensive though it does cover all the major expectations. All in all, SP 2016 is expected to be a landmark in the evolution of Microsoft’s SharePoint.