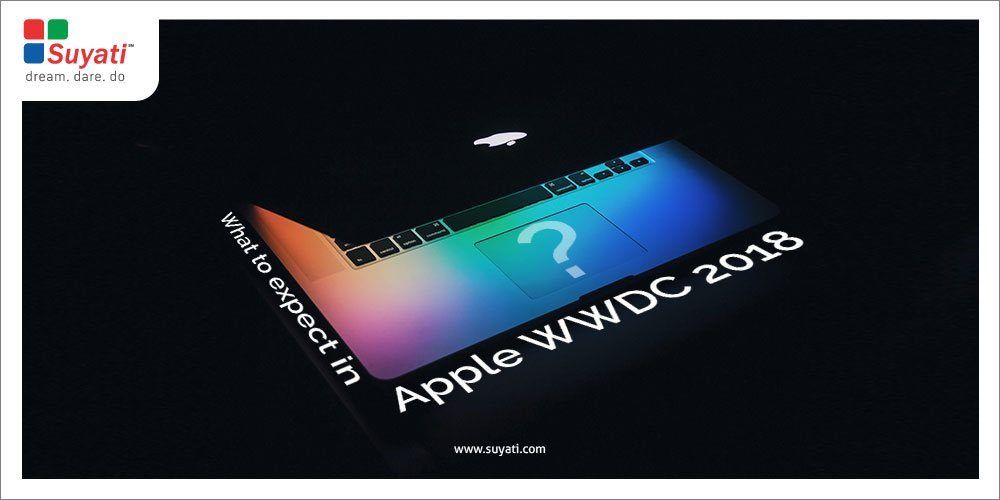 Apple Inc. will be holding its annual Worldwide Developers Conference from June 4 to June 8 in San Jose, California.

Apple as usual will start off the first day with a keynote, where the company gives a preview of the new products and operating systems expected. Though the agenda for this year has not yet been disclosed, more than 100 sessions on new technologies with developers are expected.

WWDC will be more on developer focused news by Apple and less on any hardware announcements.

Here is what can be expected from WWDC 2018

Apple is expected to announce the new versions of iOS, macOS, watchOS and tvOS at WWDC 2018.

Apple is working on Augmented Reality features to help monitor the children’s usage of device. New features for iOS 12 like Animoji for Facetime, improved Do not Disturb mode, bug fixes and overall enhancement in performance are also expected.

According to the Bloomberg report in December, Apple had plans to combine iPhone, iPad and Mac apps to create a unified user experience. These apps that would help combine iOS  and MacOS would reduce developers efforts to a single universal app can run across Macs, iPhones and iPads. An update on this, and when it would appear in the markets is much anticipated this WWDC 2018.

It is also expected that Apple would give a glimpse to what it has in-store for future iPhone model – including designs, UI changes and more.

Though Apple usually saves its hardware announcements for standalone events, a new MacBook, with price that is in line with the current MacBook Air is rumoured to be unveiled at WWDC according to Tomsguide

There is a rumour that an updated iPad model with Face ID will be on display at WWDC.

Due to the high popularity of the event, tickets are offered on random selection. The ticket lottery system is closed for WWDC 2018.  The cost for the ticket is $1,599, same as the last two years

As students are an integral part of Apple developer community, Apple is offering up to 350 WWDC Student Scholarships this year. The scholarship includes a free WWDC ticket, free accommodation, and a free one year Apple Developer membership. Apple has started accepting scholarships for the event and will be accepting through Sunday, April 1 at 5:00 p.m. Pacific Time. The winners will be notified on Friday, April 20.

Are enterprises ready for new ecosystems?

How to use Salesforce Einstein AI to benefit your business?