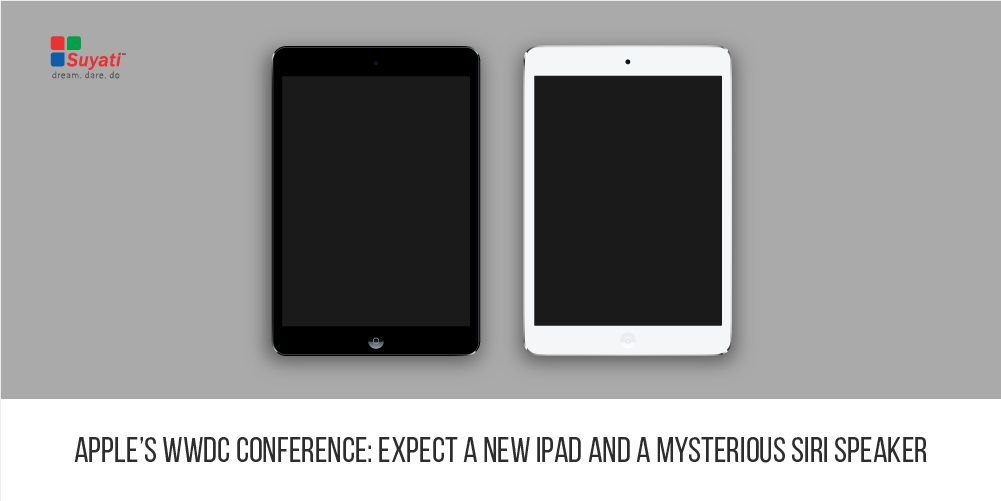 The 28th annual Worldwide Developers Conference (WWDC) hosted by Apple from June 5-9, 2017 at San Jose will witness the launch of not one but two hardware devices- an updated iPad and a mysterious Siri speaker which will compete with Amazon’s Echo. The WWDC is a developer conference that has majorly seen Apple focusing on software announcements relevant to the developer community attending the event. This year too hopes to get a preview of iOS 11, macOS 10.13, tvOS 11 and watchOS 4.

Since the company’s Spring event wasn’t ready for the announcement of new hardware devices, Apple will be making WWDC the launch pad for its new devices. The new iPad will have enhanced specs and comes at an affordable price. Speculations are around on the changes with respect to the display size which is now 9.7 inches. Presently, analysts have no clue on how the resolution and pixels will work for app developers.

Apple has been revamping Siri for a while to make it a mysterious Echo competitor. The rumor is that Siri could have a display feature along with advanced speakers and an expensive price tag when it reaches the market. The high-end speaker will also be a vocal assistant. Besides, Apple will also be selling tons of Apple Music subscriptions in order to stream music on the device.

Apple unveils many software innovations at WWDC. Thousands of Apple Engineers will be discussing the changes on APIs, SDKs and operating systems with the Apple developer community. For the non-developers, the WWDC keynote is a must-watch. So, are you ready for iOS 11? Tune yourself into WWDC sessions and get the updates instantly.

Related: What to expect from Microsoft Build Conference 2017