For those who wish to create an interactive computer that can control various physical outputs, learning about the Arduino is a great place to start. According to their website, Arduino is “a tool for making computers that can control more of the physical world than your desktop computer”. It is an open source hardware development board that can help you build devices that interact with the real world.

Due to its open source character, the design of the board has evolved with user inputs over the years. Arduino also comes with an integrated development environment (IDE) that is a boon for new users, as it helps them to start coding with a very short learning curve. The code is written in Wiring that is based on the Processing multimedia programming environment. 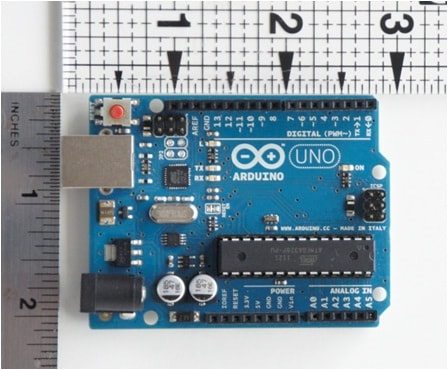 Here are some reasons why Arduino is a great choice for beginners, and could prove to be a standout for teachers and amateurs alike:

Cost-effective: While there are many other micro-controller platforms available in the market, an Arduino board may be one of the most inexpensive options. There is a range of versions available, from some that can be assembled and completed by hand after buying, to pre-assembled ones. Even the fully loaded module costs less than $50, which makes it a good investment for interested amateurs.

Platform independent: While many of the other offerings in the micro-controller arena run only on Windows, Arduino can work with Windows, Mac OSX and Linux systems. This makes it an easy choice for enthusiasts, as they can comfortably continue with their platform of choice and focus on learning about the new tool to achieve their needs.

Open source software and hardware:Open source and collaboration are the order of the day, and Arduino provides a double advantage in this area. Not only can the software be easily expanded through C++ libraries, the hardware too is easily extendable by experienced designers and beginners alike. This makes Arduino a good choice for many types of projects, from a smaller learning one in a classroom to a larger research based one by tech organizations.

Now that we’ve gone into why Arduino is a preferred choice for many, let’s try to understand what some of its components are. According to this opensource.com resource, The Arduino basic board might contain:

Digital and Analog pins: The pins may be used to connect the Arduino to other components, and are also arranged in a pre-set pattern to make it compatible with other add-on boards that are known as “shields”.

Power connector: The connector draws power from an AC adapter or battery and powers the Arduino as well as components that are connected to it. The voltage provided by it would be quite low, so only LEDs and sensors that have a low requirement of power may be attached to it.

Microcontroller: This is the main chip of the Arduino and is really the heart of your project as it is what translates your commands tobe executed. It might usually be an Atmel controller, the exact type of which might be determined by the amount of memory needed.

Serial connector: This component serves as the connection between your computer and Arduino and you can use it to communicate between the two. It can also provide power through the same connection, in which case a power connector might even prove unnecessary.

Other components:Depending on what the board is used for, it might contain some other small components like oscillators that would help perform a specific function.

Open source projects like the Arduino pave the way for knowledge sharing, and other than all the documentation that is easily available online, you can also find tutorials for the use of Arduino in many projects. This one on makezine.com, for example, talks about how to control a robot arm using Arduino. With the wealth of information out there, you can easily traverse the learning curve and become an expert on using Arduino for your needs.

We hope you found the information in this article useful. Do let us know your questions and views in the comments below!

Salesforce BYOK- a new addition to its Platform Encryption

How automation and mobility enhance the manufacturing sector