How Artificial Intelligence will transform CRM in 2017 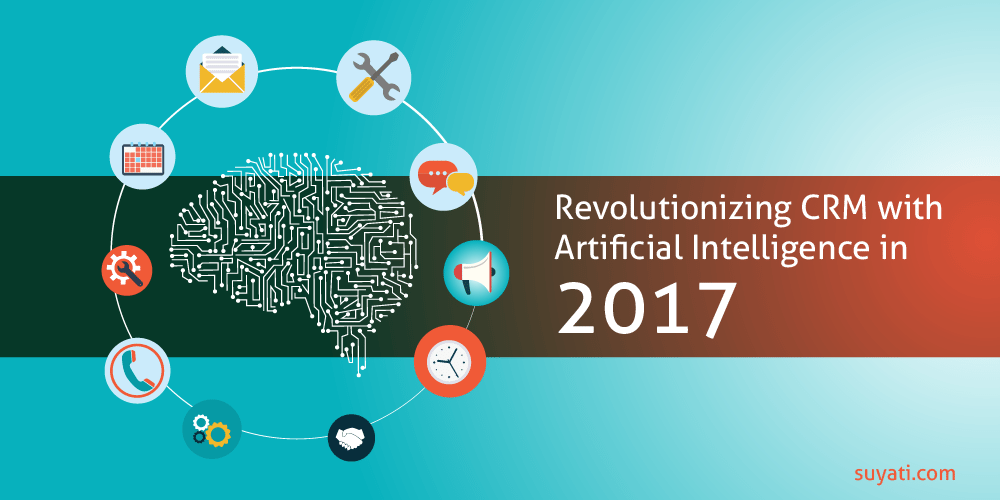 Growth of CRM through the years: Old was not–so gold

Recalling the days when technology was a luxury to companies, Clint Oram (the co-founder of SugarCRM Inc.) points out that earlier while there were plethora of ideas populating the rooms of product managers, such ideas remained merely in talks since the technology was “hard to deploy and extremely expensive” then. Accurately pointing out where the revolution of technology has taken place, he said “What’s changed? Software as a service, mobile and social all became prominent.”

Traditionally, CRM structures were housed within the premises and were used as static data entry systems and as Excel substitutes. As technology expanded to the cloud, CRM also partook of its powers, coupled with the powers of AI tools and machine learning.

As CRM systems go cloud gradually, their roles have exponentially enlarged to become digital assistants, a promotional leap from being simply data managers. Jon Lee, the CEO of ProsperWorks Inc. discusses the ways in which artificial intelligence has shaped CRM, pointing out that the algorithms we have at our disposal, which have governed the optimum practices in sales over years constitutes about 80% of the CRM mission. It is the remaining 20% which makes one move from standing-in-the-crowd to outstanding. This 20% will involve using the humongous data we have collected to gain insights into consumer behavior patterns previously indiscernible to our naked minds.

Brother-ed by Big Data: The building processes of AI

Gartner pronounced that by 2018, we will witness the creation of 20% of our business content by machines while over 5 billion devices will possess the power to interact with one another by then.

Broadly, there are two developments which have triggered the growth of AI technology: firstly, the rise of Big Data which demands enhanced form of processing and understanding; secondly, the entry into cloud which allows CRM systems to pool in and work on data from variety of digital sources (like Twitter, Facebook, public records such as court reports, police records).

When it comes to machine learning, one cannot derive conclusions only from a small set of data. The machines have to be fed a large quantity of data that could be processed and used for deriving actionable insights.

Once a company has the Big Data in hand, AI will integrate it to provide such insights, thus advancing a far refined CRM than we have encountered ever before. Such insights would not only show the present trends, but have the capacity to give us a history of the consumer behavior (the dream of a CRM scientists!), allowing accurate predictions about their treatment of products and services.

Though the degree of trust on cloud services for private safety and data security has considerably increased over the year (evident through the Gartner numbers), there are still serious concerns about cementing digital CRM lives safely.

The security goal of any contemporary CRM system must be to embody capacities that the on-premise systems could provide. Apart from the security that they offer, the companies that are still holding on to their on-premise CRM systems are upholding the “legacy of thousands of dollars spent and decisions made” (said by David Schmaier, CEO of Vlocity Inc.).

Each one’s prophecy: AI shall rise!

A hard look at technological growth tells us that AI is here to stay, along with the family of its tech-evolutes: Big Data, IoT and Predictive Analytics. What does AI hold in store for the companies in future? One of the biggest worries in IT world is that the tasks covered by entry and mid-level positions would be taken over by the machines, rendering them unemployed. However, those who have countered such a worry have pointed out that there will always be a need of human interaction for the holistic sale of a product/service to the customer.

With the rapid growth of AI over the past few years, almost every industry has bets that AI would be the intelligent partner to each company in the coming years. How has your company prepared to meet the AI world? Contact us to know more.

How IoT in Healthcare is evolving as IoP (Internet of Patients)

Application Orchestration for an OmniChannel Platform