When looking for information on the Internet, most of us might turn to Google’s Internet search engine. The database that powers these searches is called Bigtable, and it is also the power behind Gmail, Google Maps, YouTube and many other Internet applications.  Google has now decided to offer Bigtable to its business customers as a cloud-based service. 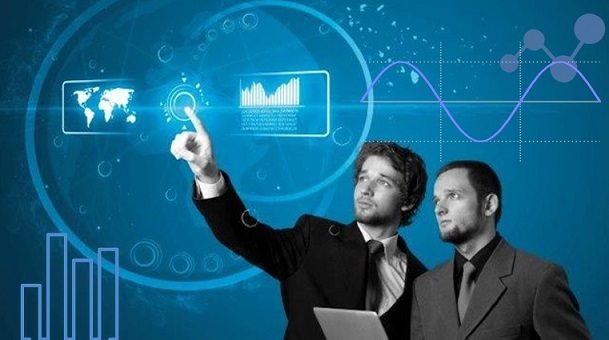 In the age of the Internet of Things (IoT), data is only going to get bigger and more complex.  Handling such a large amount of information requires an equally complex and powerful database, and Bigtable seems to rise to the occasion.  Even with the presence of other competitors in this space, here are some of the major reasons why you could consider Bigtable for database needs at your organization:
Lower costs:  Google has introduced an interesting pricing strategy for Bigtable by separating the storage and computing needs of organizations.  This makes Cloud Bigtable a very useful proposition for companies who might need to store large amounts of data over an extended period of time, especially if they only require minimal access and manipulation of that information.  This makes it much more cost effective compared to competitors who usually charge for each read or write operation on the data.  Google has even claimed that charges on Bigtable would translate to half the costs as compared to competitors, but this might depend on the required configuration among other factors.
Open Source: Bigtable is available as open source, which is a major advantage as it enriches the kind of comments and contributions it receives over time.  Users are then assured a good degree of improvement and addition with an active developer base in the open source context.  This also means that Bigtable would adhere to the required industry standards.  For example, the HBase API, which is one of the most popularly used bases, is seamlessly supported and organizations that already use products like HBase would find it doubly simple to set up Bigtable for their data.
Performance: Google is no stranger to high-performance requirements, and as Bigtable has already been used internally, there is not much doubt that it can provide the needful to external business customers as well.  Much of the setup and initial storage calculation is done in an instinctive manner, requiring minimal user inputs, that results in saving much time and effort for new customers.  Many initial users including Sungard and Qubit have been more than satisfied with Bigtable’s ability to handle large volumes of data that is supported by the ease of setting up and scaling as required.  The analytics support provided by Google could also be invaluable for the needs of many data-heavy industries.
Security:  With large amounts of data, concerns for data security also escalate just as much.  Bigtable offers a replicated storage strategy, with algorithms for encryption of data; something that is sure to help allay these concerns.  Customers can also bank on Google’s expertise in this area, with their long-standing experience of handling the privacy and security of large amounts of data.
Maturity:  Due to the simple fact that Bigtable has been used internally for a significant period of time by a data giant like Google, it can promise a high level of stability and maturity to its users.  It is not at all comparable to a new and untested product, and might probably score favorably on many fronts when compared to longstanding players in the arena as well.  Due to its internal use, customers can also be sure of its continued availability and enhancement.  Drawing on its strengths as an organization, Google also lists many of its service partners including Pythian, CCRi and Sungard, as companies who can build platforms to help support a faster transition to Bigtable.
With the many positives offered by Bigtable, here’s a short look at any concerns that may arise with it.  The Forbes article by Paul Miller raises some valid questions, mainly questioning if Google’s offering has come in a bit too late to make a major impact.  On the face of it though, there is no reason Bigtable cannot catch up and leave competition behind, as long as they offer an attractive proposition to users in terms of costs and other advantages.  If you are a business that handles large volumes of data as part of its working, it definitely seems like a smart decision to try out this new but well-tested product.

An eventful month at Suyati