Cloud Computing and Virtual Reality- How they work out together 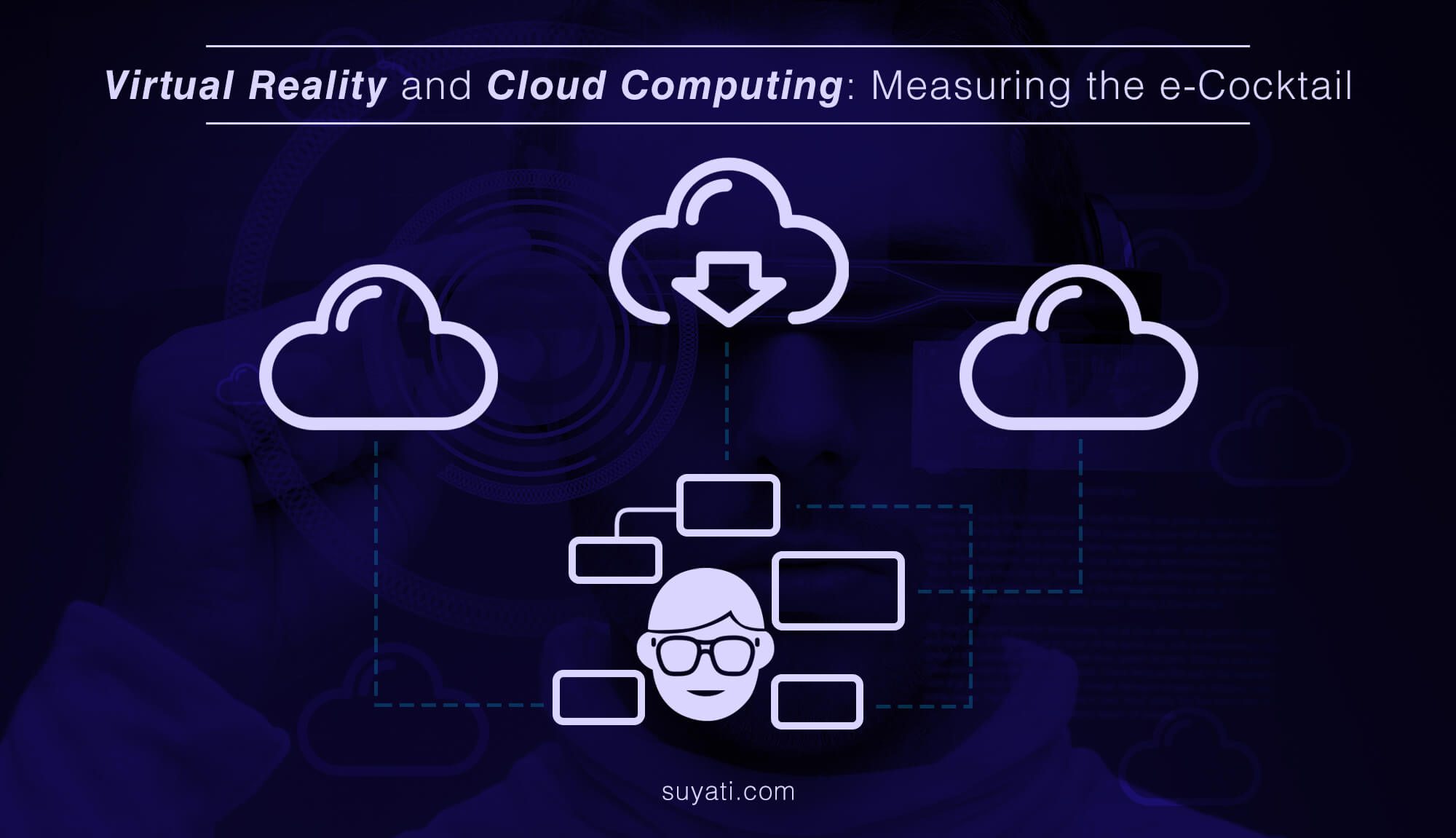 Virtual reality is an artificial environment generated through a software to create games and 3D movies to bring it as close to reality. The degree to which a person is immersed in virtual reality depends on the extent to which reality has been simulated on the software. Using instruments like VR glasses or life-simulators, a person enters this virtual reality. Generally, sound and sight are the primary senses involved in the experience. Most up-to-date virtual realities are displayed either on a computer screen or with a special virtual reality headset. Virtual Reality Modelling Language (VRML) is used for creating the objects which populate virtual reality. Cloud computing and virtual reality has grown into flourishing sectors over the last few decades. Can they help each other in evolving? How can cloud computing cater to AR/VR machines? Read more for an insight.

While virtual reality gradually gained power, cloud computing has also cemented a series of achievements: starting with mainframe timesharing introduced by John McCarthy in the 1960s to Salesforce hitting the roads in 1999 moving onto an athletic prediction that cloud apps would inhabit over 85% of the mobile data traffic by 2019.
When virtual reality and cloud computing is fused, it gives birth to all-in-one virtual reality experience unburdened of technical and financial challenges.

Consider the mid-2015 prophecy that augmented/virtual reality (AR/VR) would touch about $150 billion spending by 2020. With HTC Vive at $799, Oculus Rift reaching $599 and Sony PlayStation VR touching $399 (expected to be launched by October 2016), the current prices are well in tune with the prediction.
If you wish to experience virtual reality, then you will not only be spending on the AR/VR machine (a minimum of $350) but also on the enhancement of your system (about $1000) which together totals to a chunky $1350.
What are the possible ways of reducing this maintenance cost and enhancing the quality of virtual reality experience? The answer is Cloud, cloud, cloud!

Many cloud-based game companies have created their own version for the devices to run on the cloud. The cost can be slashed up to ten times if the software can be run and installed on cloud as cloud just levies a nominal storage charge. This arrangement is so much more cost-effective as it allows the users to enjoy the VR machine on the old system.
CPU, GPU and Upgrades: When you employ a cloud computing system, then you can access different types of multi-core CPU horsepower. Cloud-based data-centers have also begun to bring in high-powered GPUs which can cater to the needs of AR/VR machines today. Since VR is an evolving space, one can expect a range of updates and upgrades to arrive. Rather than imposing expensive upgrades on your system, it would be ideal to opt for cloud-based service that can take care of the technical tasks while you access the enhanced experience. Currently, we are in a gestation period of VR. It is used on occasions by a specific set of audience. For this reason, it is pocket-friendly to sign in for a pay-as-per-use and service-based systems.
Application of Cloud-VR: VR-on-cloud has already caught attention and taken wings: Sony’s Playstation Now, NVIDIA’s NVIDIA GRID, Gaming Anywhere and others. As cloud computing and VR develops simultaneously, we can expect to see far-reaching applications, the most intense being that you can live your past memories by organizing videos and photos into a virtual entity.

AR/VR machines generally use wired connection. This is to make sure that the speed required for updating the displays is available. Any interruption or delays can ruin the entire experience, leaving the user in what has been known as ‘bad trips’. This issue has been largely resolved by using wired technologies like new wireless 60 GHz-based 802.11ad Wi-Fi and Thunderbolt 3.
Another issue facing the VR-on-cloud is the absence of a standard for sending across the AR/VR content to different kinds of headsets. The methods vary from one headset vendor to another. This makes the cloud-based supply of a single video stream challenging.
The time for VR-on-cloud has arrived and it is hitting the tech-floor with complete force. The challenges we face in the wedding of cloud computing and virtual reality can be resolved through consistent technological progress with instruments specifically generated for AR/VR needs.

From Developer to a Rockstar

Setting up Operations in India (Part 3): IT Outsourcing as...

Is Microsoft evolving to become “Microcloud”?