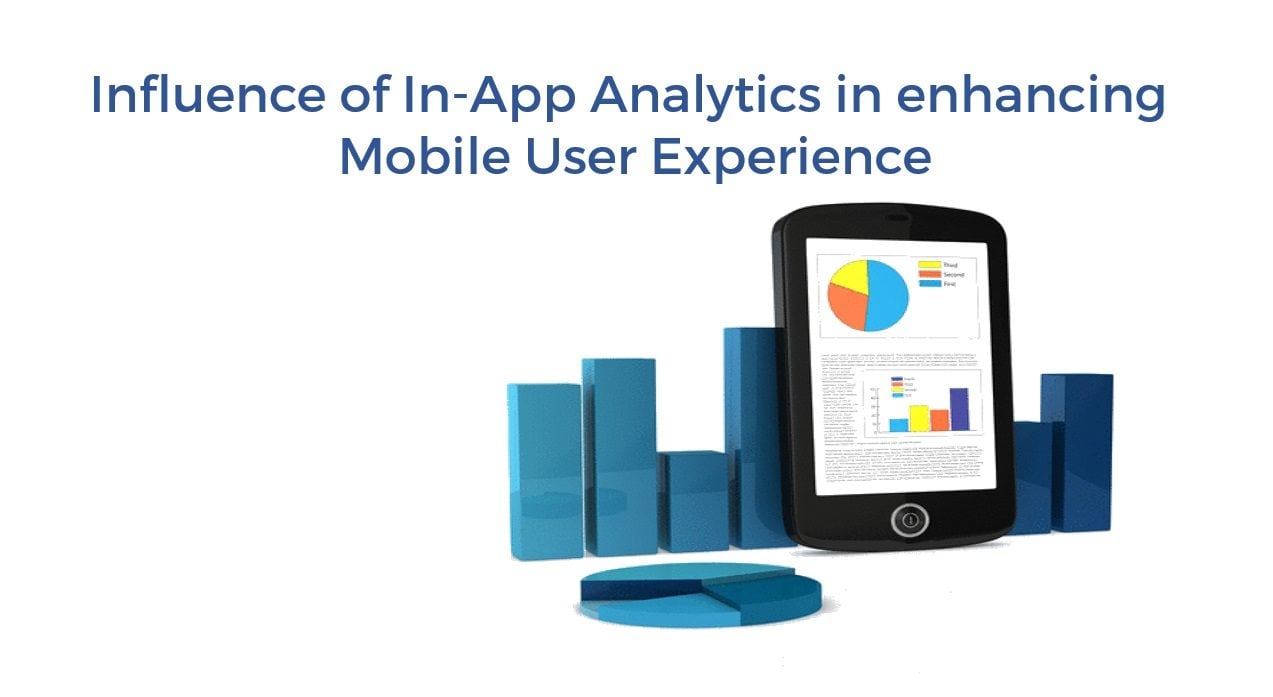 In-App Analytics is the health report of an application, putting forward a holistic record of how users have encountered and experienced the app, as a whole and as a stream of certain features. When an enterprise receives analytics on the behavior of an app, it has access to information that are critical for development of future versions. In-App analytics gives answers to questions like:
 How many clicks are required for this task?
 Under what condition does the user uninstall the app?
 What is the initial response to the app from users?
 Which features are least used and why?
 Is there any specific move that causes crashing of the app?
By understanding the life of an app in the experience of users, developers can focus on formulating user-oriented changes. This makes in-app analytics the window into intuition of the user, thus letting the enterprise have on its palms what every blog and post on user experience deems the most-important for interface- “intuitive and easy-to-use”.

Since the target audience for an app is varied, tracking the dominant response along with having in hand data on which movements tend to stimulate uninstallation can standardize your way of evaluating the app. Once you have an overall insight of the way in which your app is used, you can prioritize on changes/additions and be prepared for the next version. In-App analytics thus provides you the key to a question that has been the breeding ground of genius in technology:
 Why do your users prefer a certain theme over others?
 Why do they visit a specific screen when they want to get x task done?
 What instigates your users to uninstall?
 What kind of response are you receiving within the app?
 How many times do the users visit support and how long do they generally wait for a response?
While the classic method of app-evaluation is numerical and quantitative, the revamped and progressive in-app analytics comes with visual tour of the responses. Traditionally, we were only dependent on quantitative data like geographical location, conversions, and other. Now, enterprises can avail tools that give an interactive view of the app-responses.

In-App Analytics as leap of evolution from App-Testing and APM:

While testing the app seemed like a viable bet in the past, the app-testing formula has fallen out of trend due to its insufficiency of dealing with the multi-dimensional platforms of using the app. People can receive and use the app in different ways and for varying purposes. Thus, testing an app within a controlled environment leaves out the ways in which it could face hurdles in real-life. For this reason, following a standard app-testing, live recording of the app-usage helps developers to glimpse vividly at the manner in which they can transform visitors into active users.
Forbes recently revealed that while over 40% of enterprises measure the metrics (number of downloads and views) within app to evaluate the app, the use of other qualitative factors like pathing and length of time disbursed within the app contains significant opportunity of growth. Along with app-testing, Application Performance Monitor (APM) is used to gauge the effectivity of an app. However, APM also falls short of its expectations due to the limited scope of its use. APM is a tool that helps to measure the app before it has been used. It is essentially a preparation platform and not a response-measurement tool.
After APM and app-testing, in-app analytics stands as our big and fat chance at understanding the life of apps thoroughly- before and after use. This would allow us to design the app such that it could stand as a work of art and not merely a machine. In-App analytics lets us add the incalculable element into the recipe: experience-formulation.

Suppose that an app “Bouncy Bird” crashes about 20% of the time, generally after 30 seconds of use. Traditionally, the developers would have had to go through the code to estimate which region the user would have reached around 30 seconds. This would require tremendous amount of code-digging and prediction. However, with in-app analytics, the developer can receive direct insights on which move leads the app to crash. In-app analytics tells that when the user clicks the “Reduce Volume” button, the app crashes. This allows the developer to avoid a series of code-searching and focus specifically on a certain part of the source code. Empirical data on which gestures and screen movements lead the users to use the app more or less also help the developers estimate changes and additions to make.
In-App Analytics makes way for disassembling user experience and analyzing it using the insights provided. Through such a disassembling, the developers and operations team can recreate the users’ experience more efficiently. While choosing an in-app analytics, an enterprise must focus on the platforms supported, cost of entry and upgrade, features and review. Other factors which can determine your choice of in-app analytics platform is the presence of customized dashboards, mobile acquisition tracking, ecommerce recording, demographic segmentation, user push-notification marketing, mobile-app competitive analysis and data sampling. An added bonus would be the presence of personalized calculations and variables.
Share your experiences on designing UX with In-App Analytics.
To know more about Suyati’s services, please send an email to services@suyati.com

Impact of Ecommerce on Logistics

From Mumbai to Kochi: To Learn, Explore, Work

PowerApps in MS Dynamics: How it can be a Game...

How Salesforce continues to be the market leader in CRM...