Culture of Cloud Computing: A Green Move or Eco-Death? 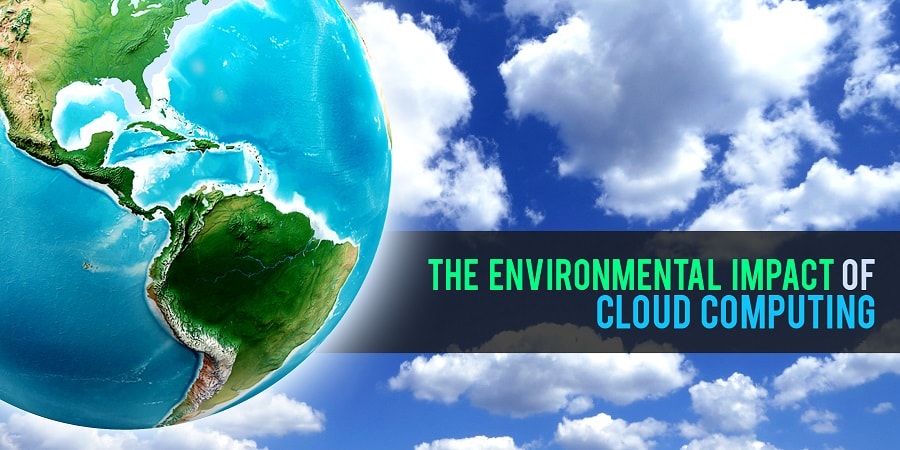 What began as tiny baby steps to bridge gaps of human limitations like memory, cognitive fluctuations has today turned into a virtual revolution where an invisible world of 0’s and 1’s is home to the most important bytes and pieces of our lives. Replacing the need for local servers, cloud computing emerged as the matrix within which multiple remote servers coordinated together to store, manage and administer data. The two other baits in the cloud computing movement is the live/real-time information updating and light-speed transfer of data. Initially, it was the center for large-scale corporations. In the last few years, small-scale and medium-sized organizations have also joined the army of cloud computing era. The analytics of the cloud computing culture swing between the spectrums ranging from the sustainability of cloud computing to the increased carbon emissions due to servers.

Expansion of Cloud-eKingdoms: The forecast on cloud computing says that 42% of the IT leaders intend to increase their expenditure on cloud computing this year. The highest amount of growth (52%) will be witnessed in enterprises which are home to over a thousand employees. The amount of funds spent on architecture and platform of cloud computing is estimated to grow at a CAGR (Compound Annual Growth Rate) of 30% from 2013 to 2018. The three primary domains that IT decision-makers plan to target over this year are cloud computing (31%), mobile devices (28%) and security (36%). International Data Corporation (IDC) prophesizes that by the time we hit 2018, the outflow on public cloud will be twice the current numbers, approximating $127.5 billion. The categories under which such a shift will take place are SaaS ($82.7 billion), PaaS ($20.3 billion) and IaaS ($24.6 billion).
Green E(I)slands? Those who side with the green impact of cloud computing pull out the checklist of how cloud computing allows for lesser resources and greater efficiency.
Energy Locker: By decentralizing the task of storage onto the cloud computing providers, the enterprises reduce the amount of energy (in form of electricity) they use previously towards sustenance of the servers. The servers established by cloud computing are multi-networked allowing for use of idle servers in case of need in contrast to the bundling of servers at a singular location and their presence during non-peak times.
Lesser machines: Generally, small and medium corporations have server utilization rates around 5 to 10%. This implies that they have to install greater number of servers to carry out equal amount of work. With the cloud computing tech, the utilization rates are usually between 60% and 70%, thus reducing the number of machines put to work by creating a shared network of data storage centers.
Management of Server-Needs: The environment within which servers are placed has to be strictly controlled for its proper functioning. Cloud computing centers can manage this by adoption of green architecture like rack-first which might be difficult for small enterprises to implement.
Eco-Equipments: The lack of funds might put barriers on the small and medium scale corporations to shift to greener technologies. However, the cloud service providers can pool in fund to ensure green functioning of multiple corporations.

Numbering the Green:
Recent research has shown that by shifting to public cloud, a large-scale enterprise can reduce up to 30,000 metric tons of CO2 emissions. The Carbon Disclosure Project (CDP) reports that (by the year 2020), establishing off-site servers can take off the burden of over 85.7 million metric tons of CO2 emissions. Google studies predict that companies can save up to 60 to 85% of their energy expenditure costs by moving onto cloud services. In 2011, SalesForce revealed that its clients emit 95% less carbon than companies which run on on-site machines.
Smog over the cloud world: The weary minds wonder if cloud computing would be like the run we have had with fertilizers in agriculture. Initially, they gave us bountiful yield (the green revolution) owing to the centuries of stored energy in the fields; this eventually resulted in infertile lands and the greater need for fertilizers to bring back a fertility which is non-existent today. Would cloud computing only be a short-term pleasure leading to long-life suffering for the earth?
Electricity consumption: As we continue to generate more and more data, the need to set up more servers is posed. Every move on the internet creates a footprint which is non-erasable. Just to let the implication of this discovery seep in, take the instance of Antivirus Corporation, McAfee. The company records that they transmit over trillions of spam mails annually (78% of the mails). The amount of electricity used to transfer these could bring power to over two million houses in the United States. It is also equivalent to the level of green house gases emitted by three million cars.
So, while we have decentralized the in-site servers, they have only taken home in other locations. GreenPeace reports that by 2020, cloud computing culture will feed on electricity fodder of approximately 1,963 million kilowatt hours and this is equal to CO2 excretion of 1,034 megatons.
Digital Waste: Works in formats of Microsoft Office and PDFs among others which are no longer used (due to incompatibility with upgraded software versions) become digital waste, locked away in the cloud servers without accessibility (due to status of propriety). This has opened the need for transforming the methods of formatting file-suites to handle the burden of digital waste.
The Wheel of Eco-Computing: In the face of increasing eco-challenges to cloud computing, we have two potential responses.
Management of Energy Consumption: Companies have to undertake conscious schemes to reduce the amount of energy consumed at the data hubs. The movement of less-energy-consumption was pioneered by Google by initiating eco-stable computing and innovating on use of renewable sources of energy. Google also joined hands with Climate Savers Computing Initiative to respond effectively to the emerging eco-issues in cloud computing.
Innovations directed towards saving energy are also being brought into the playground. The instance of Strato, one of Europe’s largest suppliers of online-space, has come up with the hybrid solution of taking on great performance at low-energy hardware and software and use of cooling apparatus (with sensors and specially designed corridors) to regulate temperature in the premises.
The Green Grid is a group of IT corporations and performers who envision reducing the consumption of energy at cloud computing centers across the world. Strato pitched in to the Green Grid in 2008 and shifted to renewable energy sources for running their servers.
Use of Green Measurement Tools: eGRID and CLEER

The pooling in of management tools will allow corporations to decide methodologically on location of data center and the way in which movement to public cloud computing will impact their energy consumption.
Evolution into Quantum Computing:  The next step in evolution of IT will be the emergence and life-scale use of quantum computing which would allow for qubits (quantum bytes) to be stored and processed at multiple locations simultaneously. This will use considerably lower amount of energy than through cloud computing (estimated reduction of power consumption by factor of many thousands).

Live Chat: 5 Key Reasons to Implement it on your eCommerce Site

Why you should use Sitecore Helix with Scrum to add...

RPA in BFSI – An Effective Tool for Intelligent Banking...