Suyati Technologies > Blog > What to expect from Microsoft Build Conference 2017

What to expect from Microsoft Build Conference 2017 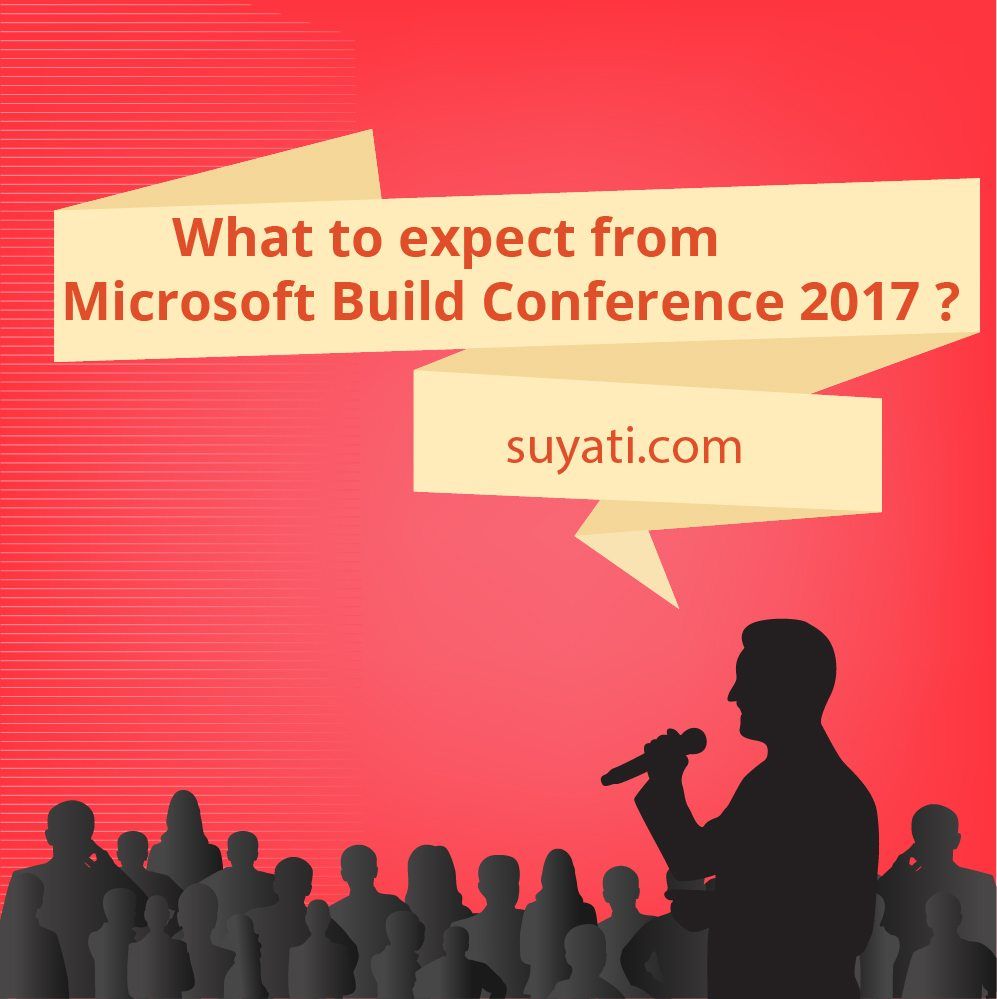 Microsoft’s Annual Build Developers Conference for 2017 will be hosted at Seattle from May 10th to 12th. So, what the fans and followers can expect from Microsoft Build 2017?

The first keynote on 10th of May will have Microsoft detailing its plans for Windows, Cortana, bots, and Office. For the Surface fans, you may not be seeing many surprises at the conference regarding hardware, as the focus is more on attracting developers to Microsoft’s various platforms.

Here’s a preview of the major happenings expected at Build 2017:

The next major Windows 10 update will happen in September this year and we will be hearing a lot more about Windows 10 during Build 2017. “Project Neon”, Microsoft’s project to give a makeover to Windows 10 UI will also find a mention at the event. Besides the UI changes, we will also listen to Microsoft’s plans for running Windows 10 on ARM chips. The Windows 10 S, another project from the tech giant to add more desktop apps into the Windows Store will also a find a berth in the Keynote address.

The Cortana-powered speakers will be a major area of focus for Microsoft in the coming months and we have already heard Microsoft’s plan to take on Amazon’s Echo devices. While Amazon is aggressively pushing its Echo Look and Echo Show devices, several other manufacturers are wooing Microsoft to cast a glance on them, but Microsoft’s response will demand immense developer support.

While Build 2016 focused on AI and bots, 2017 conference has wider plans to expand the Microsoft bots outside Skype. The developers will soon be allowed to add bots to organization’s Bing search results. This will help you chat with retailers or restaurants easily. Integrating bots with Bing will bring Microsoft’s bots outside Skype and boost web in a bigger way.

Office always features in the Build event, and we hope to hear more on the add-ins and apps built on Office 365.

What else will be featured at Build 2017?

Watch out the event to know how Microsoft preps the company for the next tech age- Cloud, Voice, AI, Augmented Reality, and so on.

Factors to consider when building mobile apps on the Cloud