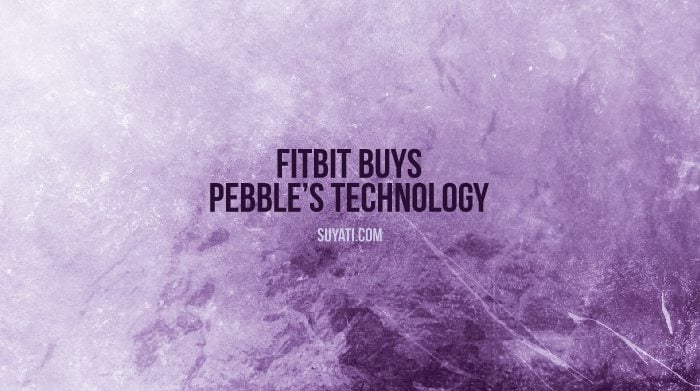 The world’s bestselling wearable tech-maker, Fitbit is buying the technology that power Pebble’s smartwatches, with the mission to bring Pebble’s unique wearables expertise to the new Fitbit products.

The smartwatch market is tough. Big players in wearables like Samsung and Apple seem to be shifting their target customers from fashionistas to fitness enthusiasts, or other new forms of wearable connectivity. Fitbit will soon follow their path.

“With this acquisition, we’re well positioned to accelerate the expansion of our platform, as well as build the tools healthcare providers, insurers and employers need to more meaningfully integrate wearable technology into preventative and chronic care,” said Fitbit’s chief executive James Park.

Pebble gained popularity as it pioneered two significant tech trends of recent years – crowdfunding and smart watches. Raising $10.3 million through a Kickstarter campaign running from April 11, 2012, through May 18, 2012, this was the most money raised for any product on the site at that time. The idea of using crowdfunding was a huge success for Pebble Technology Corporation, to get a tech hardware idea off the ground.

Pebble sold its one millionth smartwatch in a year and half, since its launch in July 2013. The Pebble app store has over 1,000 applications, which includes notification for emails, calls, text messages and social media activity; stock prices; health activity tracking, remote controls for smartphones, cameras & home appliances; and hundreds of custom watch faces.

How do enterprises benefit from Microservices Architecture

What Drupal users must learn from the Panama Papers case?

Taking the Supply Chain Management to the Cloud

IDC Predicts phenomenal growth in IT Spending in India