Suyati Technologies > Blog > Future of MongoDB: What is in store for you?

Future of MongoDB: What is in store for you? 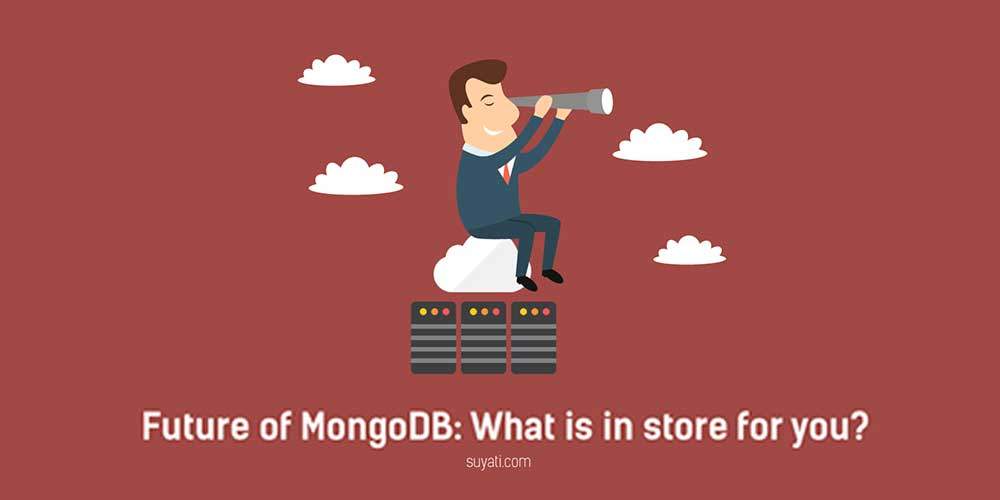 Earlier, MongoDB was a simple database that aimed at swift implementation by building-from-ground. Over time, it took JSON document format as a friendly extension that could smoothly handle complex data types (for instance, there was no need to squeeze them into columns and rows of the relational databases). This simplicity and dynamic structure allowed MongoDB to rank among the highest of DB-engines.

The simplicity brought along with it the hurdle of low performance. There have been NoSQL platforms like Redis, HBase and Couchbase that have quicker writer under their sleeves. While these issues were addressed over time, they had to prepare themselves to response to a gradually increasing audience, which included the end-users and practitioners. Though the majority were still web developers in good terms with JSON and JavaScript, MongoDB had to take notice and measure for inclusion of the SQL world.

With this expansion of audience, MongoDB was moving from simply user –profiling to creating goal-specific apps (like service dispatch). Thus, the need for enterprise-standard cloud computing capacities, trustworthy SLAs, security terms and the power to adapt for new types of query emerged.

Last year has been an age of metamorphosis for MongoDB. To improve its reading and writing performances, it adopted the MySQL model and the default storage engine, WiredTiger. It has begun to shine in its new composition of the management team with inclusion of independent encrypted and in-memory data-stores.

What are the other capacities that MongoDB intends to include in its architecture?

Predictions say that they will focus on the analytical performance by adopting a Spark connector that could handle bulky analytics. There is also possibility of columnar data-store while the option for streaming data through engine is always available.

The ancestor to MongoDB’s business is still the open-core model. However, it has become a much complicated and intricate collection of value-added add-ons that can only be accessed through subscription. These features include management console, extra in-memory and encrypted storage engines, BI connectivity, DBA tools and authentication with access-control options.

Currently, the targeted evolutionary step is of bringing in the cloud database business. While companies could always mount MongoDB on cloud infrastructures like Google Cloud Platform, AWS or Azure, it had to be managed on one’s own. One could also pick up a third-party MongoDB DBaaS (DataBase-as-a-Service). Now, MongoDB is starting to launch its own DBaas called Atlas that would face competitive prices. Its features include wider replication, availability of updated versions and disaster recovering solutions.

The expansion of database is not a MongoDB-confined move. The entire database market is witnessing a move towards addition of extensions onto platforms. For instance, giants like DB2, Teradata, Oracle and SQL Server are introducing in-memory, columnar, geospatial and graph capacities. Such powers are introduced through extension of query language or by graft of new storage engines. In response to the quietly increasing list of features taken up by the opponents (like Hadoop and NoSQL army), MongoDB can be prophesized to launch data-protection options (like access control at level of field).

MongoDB is well known for its ability to interpret and manipulate complex data. Currently, it is focused on new workloads (like live/operational workloads). MongoDB is thus gradually undergoing evolution but it should remember the breeding ground of its birth: the developer-oriented platform for managing apps that need the capacity to handle the complex document-style data.

What does the future hold for MongoDB?

Atlas helps to retain clients who are moving from the development to the deployment stage (particularly those who are adopting the cloud). Famous tools like MicroStrategy and Tableau that can be run through BI connector permits MongoDB to pick up analytic workloads. Otherwise, these can be taken over by data warehouse or data mart. Consider Spark integration which retains those workloads that could turn to Hadoop for its operations.

It is advisable that MongoDB adds a federated query that begins with their own aggregation-framework (front-end) and it pulls down the processing of query to the location of data. The main point is about owning the query. Just like the BI analytics opponents, companies like Microsoft, IBM, Teradata and Oracle are also vulnerable in such a case. MongoDB should not be turned into a data-warehouse; instead, its platform should be strengthened by extending the operational apps that would natively stay on the platform by embedding of analytics.

Save Time, Save Bucks, Backup your Salesforce Data

10 of the Craziest Mobile Apps Ever!