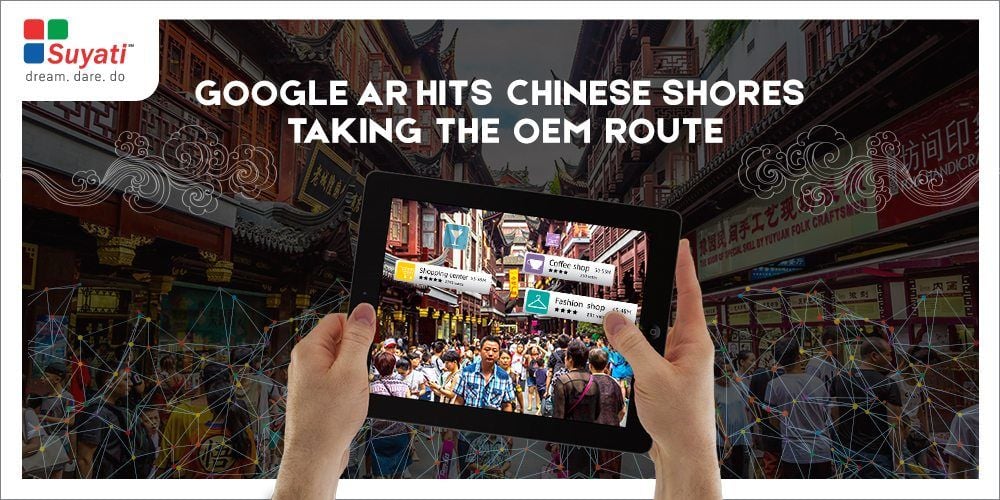 Google bring AR Services to China by partnering with OEMs

Google has set up a new strategy to gain entry to China regardless of the internet censorship. Google has partnered with 3 Original Equipment Manufacturers – Xiaomi, Huawei and Samsung to bring AR services to the country. The OEMs have all signed on to release ARCore supported devices over the coming months.

According to Tech crunch, “ARCore”- the company’s Augmented Reality SDK for Android, has been launched in full in China on February 23rd, following its announcement in November.

With over 10 million devices that support ARCore in the market, Google argues that Chinese users should have an equal access to the service as others. According to Tech Crunch, with ARCore, Google is more focused on tapping the talents in China by providing a platform that can be used anywhere in the world. Google even contemplated on relaunching the Play Store, something that would not have been easy to carry out.

Partnership with OEM’s is however first of its kind by Google, and it seems like an efficient approach. As ARCore works on the device, without need of the cloud, censorship cannot be implemented once the app is downloaded to the phone. The OEM’s will release ARCore apps through their own app stores as Google Play Store is not available in the country,

Google has been looking into ways to expand in China from quite some time now. The AI Lab was opened in Beijing last year. Within a month from that, Google also opened an office in Shenzen, the city which is better known for being a global hardware hub. Google’s investment in Chinese based startups like XtalPi, and partnership with Tencent is also proof to making inroads in China.  Google also acquired a large tech presence in Taiwan via the completion of its acquisition of a chunk of HTC.

A guide for implementing Blockchain in clinical health record management

Big Data Algorithms and Its Impact on Customers