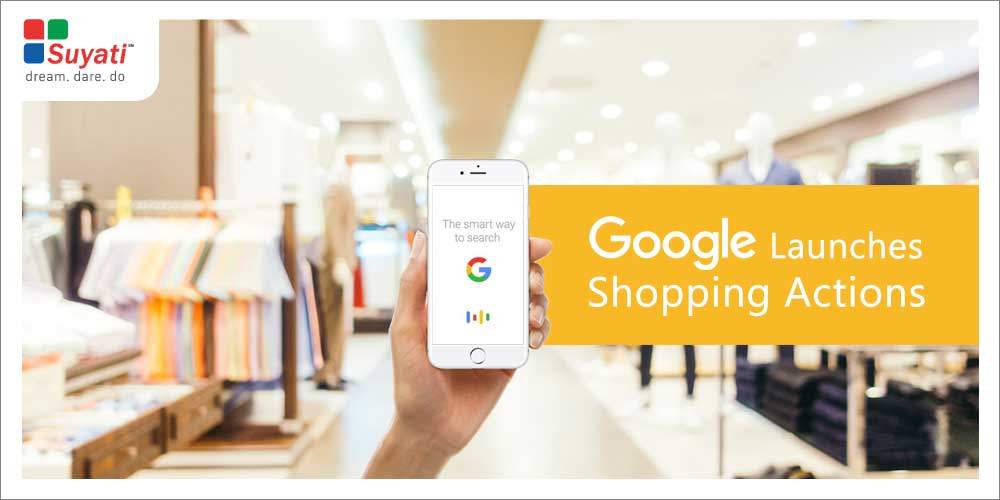 Google announced ‘Shopping Actions’, as an attempt to help retailers in their war with Amazon. Retailers can now list their products on Google Search, Google Express shopping service, and Google Assistant. Purchase can be made from sponsored shopping ads on Google Search page as well as through Google assistant.

In exchange for Google listings and linking to retailer loyalty, Google will take a small part of the sale when a purchase is done. ‘Pay per scale’, as Google calls it, is different from ‘pay-per-click’ ads, the most common payment process for retailers when placing ads on Google platforms. The retailers will pay only when a purchase is made.

Shopping Action is set to make shopping a convenient affair for both buyers and sellers alike.

Shoppers have a universal digital shopping cart and flexibility to shop from mobile, desktop, and even a Google Home device. A single Google hosted check out can be used for instant billing.

Retail partners saw the average size of a customer’s shopping basket increase by 30 percent, said Daniel Alegre, President for Retail and Shopping at Google pointing to early results from the Shopping Actions program.

Ulta Beauty’s average order value has jumped 35 percent since tie up with the tech giant, while Target confirmed that their shoppers’ Google Express baskets have increased by nearly 20 percent in the last six months.

Target shoppers “love the ease and convenience of making their Target run without lifting a finger by using a voice interface,” says Mike McNamara, Chief Information and Digital Officer at Target

The report on Reuters clarifies that Shopping Actions does not affect or influence Google’s organic search as there were speculations whether there would be a preference ranking to the retailers partnering with them.

A comparative study of which cloud platforms support IoT

One more day to Dreamforce 2016- The Last Minute Look

Flourish Your Sales with E-mail Marketing