Suyati Technologies > Blog > How do enterprises benefit from Microservices Architecture

How do enterprises benefit from Microservices Architecture 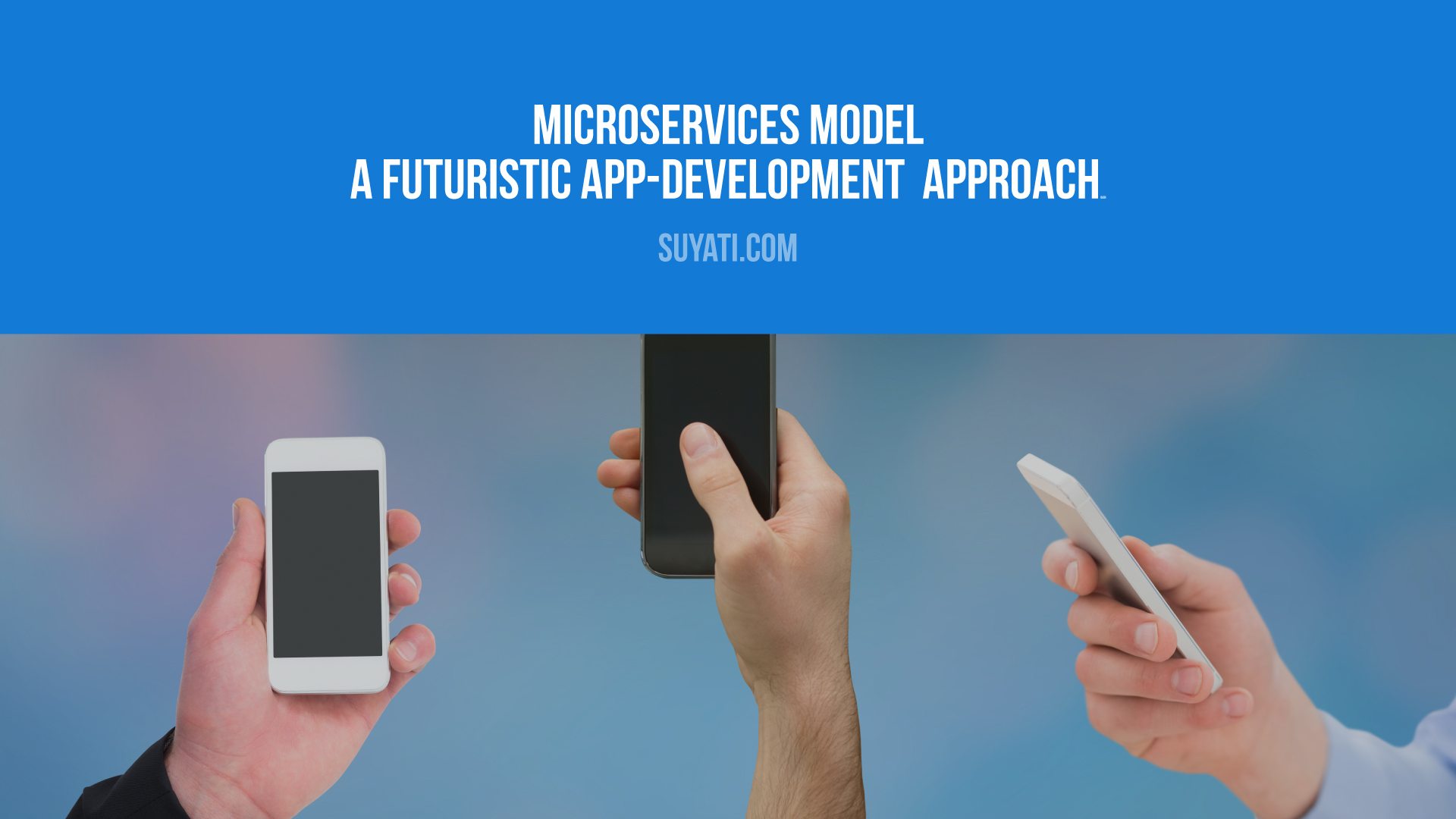 Microservices is born from the idea that some kinds of applications can be built and maintained in an easier way by breaking them down into small and compact units which can function together. Every part has a specific function and is separately built. It communicates with the other parts through universally reachable APIs. The application is developed by organizing the parts together. REST (Representational State Transfer) is considered an efficient integration method since it is less complex than the other procedures available.

The Traditional Approach and Its Challenges: Monolithic Troubles

The traditional architectural model to build apps is the monolithic approach where we begin by designing a Presentation Layer (the user-interface) and then move on to setting up the Application Layer (that takes care of all the business logic). This is followed by placing the Integration Layer (which will allow for various parts of the Application Layer to couple loosely) and finally, the positioning of Database Layer (which is reachable to the substrate). When you want to run an application, you will need to generate EAR/WAR package which will be deployed on application server (Tomcat, JBoss or WebLogic). Since all the distinct components have been subsumed under the single package of WAR/EAR, the architecture is called monolithic. The drawbacks of using the monolithic approach are:

Over time, with the expansion of code base, the IDE will also get overloaded. This will eventually reduce the productivity of developers;

The entire application fails in case a single component falters;

Development time gets stretched out when developers have to rework the entire application in case they need to revise a component for building a more complex app;

Refactoring cannot be considered as an option once heavy weight of the code base has been built on a specific platform; and

We briefly noted that microservices approach begins by building the parts of a system separately which are then organized together to form an application. The ideal result of the microservices approach is to produce a fully-functional application through the intuitive and planned organization of parts to fulfill a business goal. However, one should not mistake microservices to be a recent discovery. The concept has existed in the history of architecture development in different forms, starting from Service Oriented Architecture (SOA). What has changed today is that we are equipped with better techniques and tools for actualizing the idea of micro-services. Over the years, microservices approach has gathered a loyal following among developers in cloud-based environment.

Here are seven advantages of the microservices approach!

1.Developing Technology and Business Together

Apart from the focus on the ability to build a singular app by bringing together independently-built components, the microservices approach gives great importance to developing the app, in sync with the business goals. While the monolithic approach majorly involved combining technical resources, the microservices approach cuts across the technology-business gap, following an inter-functional model. Every team has responsibility to make a certain product with use of one or more separate services which are interacting through message-bus. Thus, when modifications have to be made, the entire project would not be delayed, neither would developers have to wait for any budgetary approvals to improve the individual services. Most non-microservices software development models focus on projects where a code is built around a pre-decided business value, then delivered to the client and maintained by a team over time. In the microservices approach, the team is owner of product throughout its life.

When designed properly, microservices are directed towards handling a single business function and thus, to have low footprint. Tools like Docker also allow for smaller amount of footprint.

In the microservices model, different kinds of platforms and technologies are used. For this reason, decentralized governance allows them to create tools which can later be used by other members of community to resolve similar issues. For instance, consider Netflix whose developers are encouraged to use code libraries introduced by others in order to save on time. This is coupled with ample space to innovate when needed. While monolithic systems followed a single logical database throughout apps, microservices involves every services having its own database.

When you move from development to product, it is ideal to automate the microservices. Continuous Integration Tools (CI) like Jenkins can help to automate development from SVN or GIT. In microservices model, automation is significant and can be achieved through tools like Docker, Cucumber, and Selenium.

While applying the microservices approach, there is no risk of app-failure in case one of the services comes down. The other services continue to function.

For every service, you can freely select the tools and libraries you find suitable. This works great for teams where different kinds of expertise are on board. A single service can be built by a diversely composed team using varying tools and technologies.

Those companies which understand that they have to be ready for different types of devices in the future will find the microservices approach a friendly way to go. The microservices model understands that no matter which type of device comes up, the developers can handle app-development by organizing and integrating the independent components accordingly. Consider the redesigning of The Guardian’s page (2014). The initial architecture was monolithic. With the rise of new demands, the developers adopted the microservices approach and allowed the early monolithic architecture to interact with microservices through APIs.

In short, microservices architectural model uses services to compartmentalize and organize apps according to business goals. It emphasizes on products over projects. Along with decentralized data management, it also has decentralized power through the app. It can handle service disruptions well and is a futuristic approach to software development.

Is Microservices model the futuristic approach for app development? Share your thoughts on this. To know more about Suyati’s app development expertise and solutions packages, please write to services@suyati.com.

Impact of UX on Wearables and IoT

Optimizing IT Infrastructure in the Publishing Domain

When is the right time to move to Entity Framework...