Suyati Technologies > Blog > Kubernetes and the future of DevOps

Kubernetes and the future of DevOps 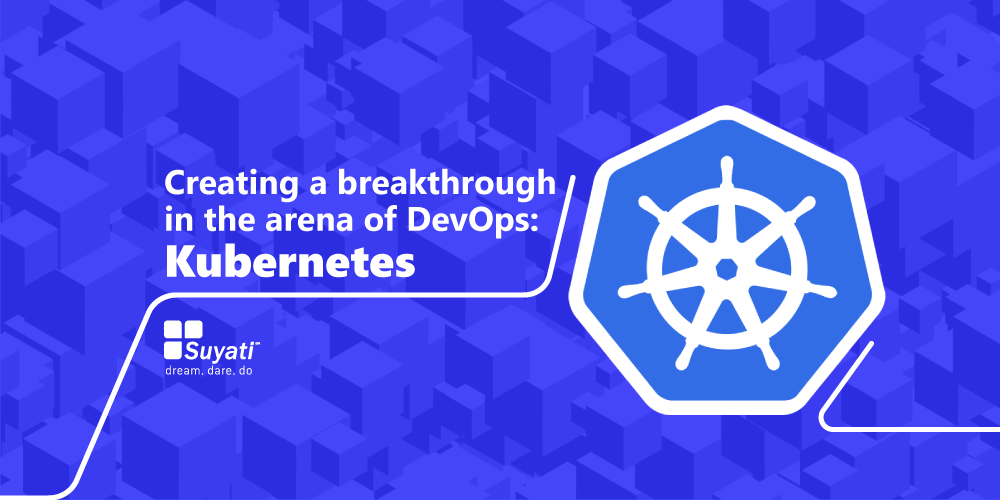 Delivering technology solutions that score highly on parameters of agility and reliability is one of the primary focus areas of IT organizations. In order to do this, organizations are constantly seeking to modernize their DevOps practices by channeling their operations in the direction of building a high-performance computing environment. As a portable open-source system for automating functions such as deployment, scaling, management and orchestration of applications organized as distinct logical units or clusters, Kubernetes has been significantly useful as a cloud program in the realm of DevOps.

Developed by Google, Kubernetes is functionally designed to be readily accessible and available as a cluster of computers that are linked together to work as a single unit. This precludes the need to consider factors of machine compatibility and installation to support specific functionalities. Deploying this necessitates packaging individual applications as containers; that is, detaching them from individual hosts.

While applications in the past were deployed through direct installation on specific machines, Kubernetes is different in this respect in that it seeks to automate the distribution across a cluster of computers organized as individual containers. This function makes for immediate production and allows for exploration of capabilities related to automatic provisioning. Yet another noteworthy aspect around this function is the fact that a Kubernetes cluster can be deployed on either physical or virtual machines.

As a reliable container cluster management tool, Kubernetes is designed to assist developers in scaling productivity dramatically. With its architecture best suited to Linux distributions, it is being considered as the front-runner in the sphere of container technology.

Enabled with a container runtime interface (CRI), Kubernetes offers a certain degree of extensibility. Inherently feature-rich, Kubernetes allows for the use of different container apps such as Docker containers, rkt, Windows containers, and others based on an open container initiative (OCI). As a tool, Kubernetes ensures that third-party resources help users work with their own custom features such as scheduling. As it enables seamless deployment of applications such as Cassandra, Spark, MySQL, and so on merely with the push of a button, Kubernetes provides ample flexibility by allowing users to choose an optimal container orchestration system that suits a specific purpose. Additionally, its user-driven OS facilitates easier selection of a container orchestrator. Kubernetes makes it easy to leverage containers to modularize apps.

Based on user and ecosystem needs, Kubernetes is particularly looking at expanding its functionalities through several infrastructural enhancements in terms of increased storage capabilities, scheduler capabilities and client capabilities. Additionally, installation is being streamlined by seamlessly integrating it with its dependencies for distributors such as Linux. This enables quick installation across several platforms. Not just that, Kubernetes also seeks to cut infrastructure costs to a reasonable extent in large scale deployments. The overhead deployment costs are significantly reduced owing to its cluster system. Kubernetes efficiently runs several containers on the same hosts, making maximum use of the available resources. This reduces the number of required servers, thereby largely reducing costs.

Equipped with native support for deployment, Kubernetes has an infrastructure that supports horizontal auto-scaling. This means that it can dynamically scale-out services on the basis of memory usage. Not just that, Kubernetes enables deployment of a new version of a software alongside its previous version by routing traffic progressively.

Coming from Google, Kubernetes is designed to handle issues that would come up in the realm of distributed computing and container orchestration. With a thoughtfully laid out architecture, Kubernetes is poised to take full advantage of cloud and is scalable to a large extent across several platforms. Kubernetes is, therefore, seen as a front-runner in shaping the future of DevOps, going forward. It offers numerous advantages over other computing environments by being self-healing, enabling faster container cluster management, and guaranteeing developers and engineers to experience faster performance and better redundancy.

Considered as a breakthrough for DevOps, Kubernetes works on a ‘write once, run anywhere’ principle. It is enabled to control deployments, and not just infrastructure in addition to providing support for introspection and debugging.

To discuss Kubernetes further with us or to send us your feedback on this blog, write to services@suyati.com.

Why Responsive Web Design is Worthwhile

How are SaaS, PaaS & IaaS different from one another?