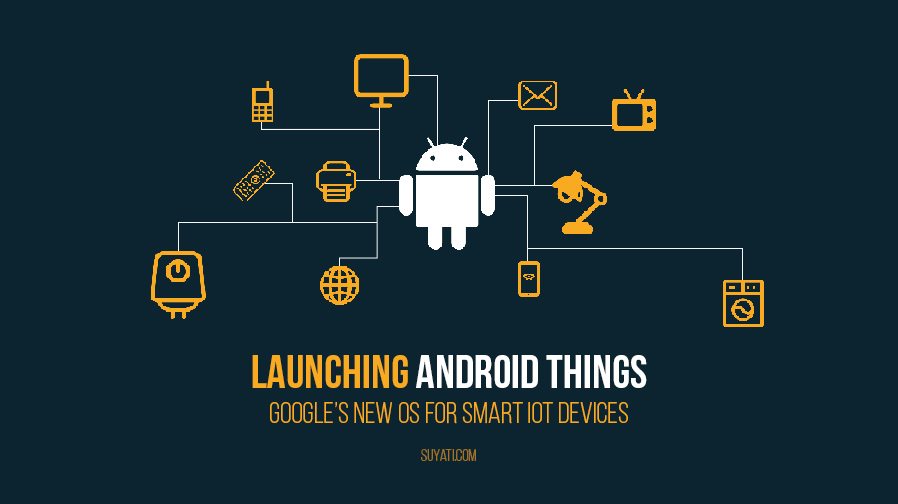 Google is planning to place Android among the next wave of devices poised to make your future smart home. Google has launched Android Things, its latest OS for IoT devices that can run on connected devices like speakers, cameras, routers and more. Though Android Things is a new name, the OS is not completely new. Things is a rebranded version of Brillo, an Android-based OS announced for connected devices in 2015. Brillo failed to garner enough traction and later Google decided to close it which resulted in the birth of Android Things. Brillo’s development and deployment were totally different from the regular Android development. According to Google, Android Things offers “the same developer tools as standard Android” and this very feature will give power to developers to quickly start working on a new product.

Android Things is the OS that caters to more capable smart products and devices and it would even integrate Android and iOS devices. But you should not think that it just connects smart devices to your Android phones. This can even be achieved with Weave, a communication platform for IoT devices that Google launched in 2015. Android Things is integrated with Weave. Weave Server (the cloud service) will handle functionalities like device registration, storage specifications, command triggers, integration with Google Assistant etc. While Things uses Weave for accomplishing certain tasks, Weave can also function independently (with or without Android Things).

Android Things actually supports a subset of the Android SDK and not the entire kit. Even Google’s OS updates and custom app updates can be done in Android Things OS using the same OTA infrastructure used by Google to update its products and services. Google Platform Components are integrated with Android Things and developers are allowed to use various cloud services as required.

Google tries to push the rebranded Android Things across smart devices. Brillo couldn’t reward Google much, and Google hopes to accomplish the lost success with Android Things. How would Things join the next wave of smart devices? We need to wait and watch!

Episerver's Digital Solutions – A mix of SaaS, PaaS and On-Prem

Why choose nopCommerce for your E-Commerce needs?

Ensure Your CMS & Marketing Strategies Stay on Top of...