How Microsoft Cortana races against Amazon Alexa and Google Assistant 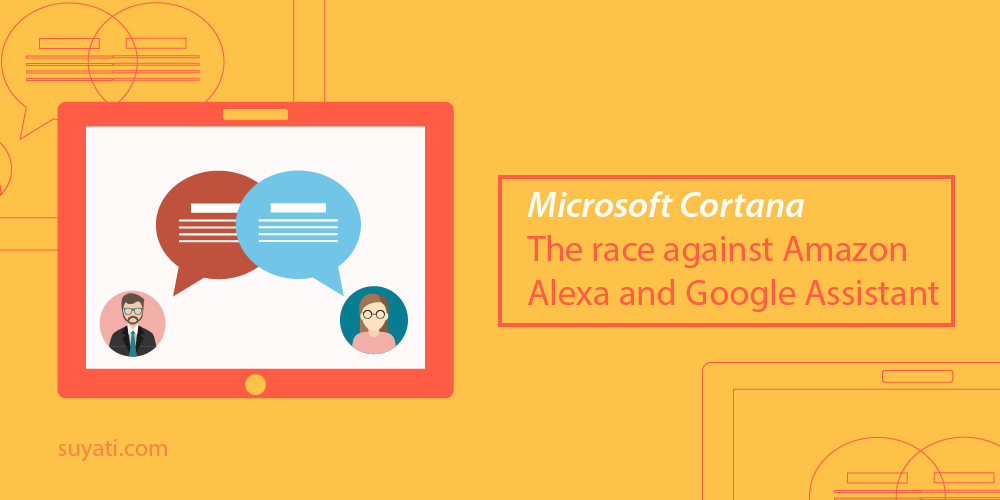 While Amazon’s Alexa personal assistant and Amazon Echo were the major highlights of last week’s Consumer Electronic Show at Las Vegas, the tech giant Microsoft is not so far behind. Microsoft is already preparing the masterplan to conquer the voice-based assistant and app market. And in this effort, they have introduced cloud power to connected cars along with the integration of Cortana personal digital assistant.

Here are some examples of how Cortana rules the roost. Undoubtedly, Cortana is going to be the Windows 10 personal digital assistant and all Windows OS users are going to benefit from that. Additionally, Cortana is also getting integrated into iOS and Android mobile platforms which will be a boost for users who have heavily invested on Windows OS. In December 2016, Microsoft rolled out a set of tools for programmers that helps them build Cortana into their own apps. Another example is the announcement made my Harmon Kardon regarding the introduction of a Cortana-powered speaker which will be Microsoft’s first competitor against Amazon Echo.

Microsoft General Manager Ryan Gavin says that whole idea of Cortana was born from this simple thought, “Everyone deserves their own personal assistant.” He furthers, “the entire Microsoft ecosystem has a part to play in Cortana’s battle for future.” Gavin’s words underline the fact that Microsoft is ready to take on any contender in the voice-enables services market including Amazon and Google. With Cortana, Microsoft wishes to help people in being more productive.

How Cortana stands out?

The competition is on and contenders have different purposes when they release their voice-enabled personal assistant services. While Google focuses on improvising and supporting users on making the best of “search” feature, Alexa wants to drive “commerce” to the next level. So how does Cortana stand out? Microsoft envisages the potential of Cortana as a productivity tool. Cortana will control your smart home’s gear and will keep you updated on all the latest happenings. Microsoft is exploring and researching on the unlimited possibilities of voice and is investing in chatbots (like Tay, Zo etc. ). All these experiments with bots will be a learning experience for Microsoft that will ultimately transform Cortana into the best personal voice assistant for humans.

Microsoft Office 365 cloud gives Cortana the power to search files and pop up relevant ones- all based on its contextual intelligence capacity. Along with allowing Microsoft users to integrate their apps into Cortana, you will now be able to use Microsoft Azure’s Cognitive services which gives your apps the power of Artificial Intelligence.

From being just your work/ personal assistant, Cortana is all set to invade your future smart cars, as your driver assistor. Click here to read more.

Microsoft introduces the power of Cloud to connected cars

Testing UX to understand what does your viewer actually experience

Why going for Cloud Adoption makes sense for enterprises?

3 Digital Strategies that CIOs need to be aware of

Defending defiantly and dancing gracefully: A perfect ladies’ day out!