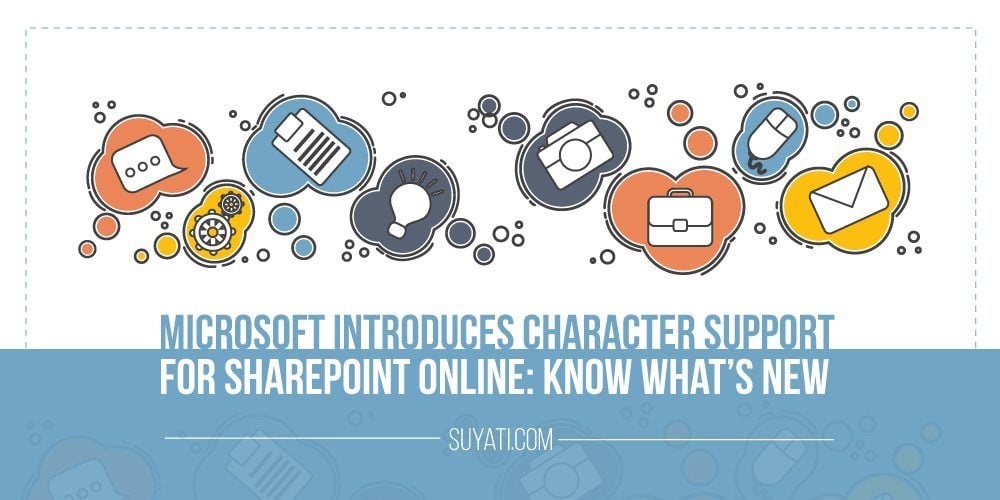 News has been breaking ever since Microsoft has been vocal about planning the activation of two new characters to be used in folder and file names in its business applications such as OneDrive and SharePoint Online. And, now it has been confirmed that the activation will come to effect this year. Most of the user community and businesses have been looking forward to the same.

The ‘#’ and ‘%’ symbols are the ones that are going to be supported. Due to the very nature of these, they are particularly tricky to utilize fully. When it comes to these symbols, developers see it differently than normal users; the ‘#’ symbol means the end of a string, while ‘%’ is used to mean a space in a URL.

While announcing the impending changes, Microsoft also took the time to explain the same to the developer community, as the new changes being brought about would persuade them to find a newer API to work on. The changes, in the words of Microsoft, have been brought about as a result of their endeavors to help the developers express more effectively “the true developer intention of a URL”.

Microsoft has also explained the timeline according to which various businesses—using OneDrive and SharePoint—will be affected once the changes are gradually rolled out. As the roll out is only intended to affect the online services, SharePoint Server deployment is saved from getting affected in this update, however chances are that future updates may affect it as well.

The timeline of the changes and how business will be affected

Consider the options for Opt-Out

Though the support roll-out will be universal, businesses have also been provided with opt-out options as well to not be affected by the activation process. Businesses that wish to avoid the activation can do so by invoking a few “SharePoint Online PowerShell” commands within the stipulated timeline to stay unaffected from the new changes that are taking place.

Take a look at those timelines;

These commands need to be invoked by a global administrator of SharePoint Online to take its full effect. Apart from that, it is also imperative that the SharePoint Online Management Shell module must also be installed in order to have the invoke commands to function as intended.

There might be chances for commotion and uncertainties at businesses due to these changes. In order to avoid such issues, enough care must be taken, as well. It has to be ensured that third-party software suites and solutions are able to support the new APIs needed to aid in the changes taking place.

Read this case study to understand how we created a comprehensive digital dashboard for a leading eCommerce and retail fullfilment firm.

Microsoft has also explained aplenty about the commands that can be used to invoke these changes even before the schedule set by Microsoft to roll them out successfully across the globe.

The changes being rolled out do not apply to Site and Web objects. It is only aimed to support the use of the ‘#’ and ‘%’ symbols in folders and files that are present in document libraries.

It can be seen that the end-users of these application are not able to name files and folders by using these characters. It can be understood that the SharePoint libraries and lists are able to have the ‘#’ and ‘%’ symbols in their URLs; there aren’t any current ideas or plans to facilitate their use across the SharePoint UI at this point of time. But the future looks in all probability to accommodate them.

How Will Digital Transformation Impact Fulfillment In Logistics And Delivery?