Microsoft introduces the power of Cloud to connected cars 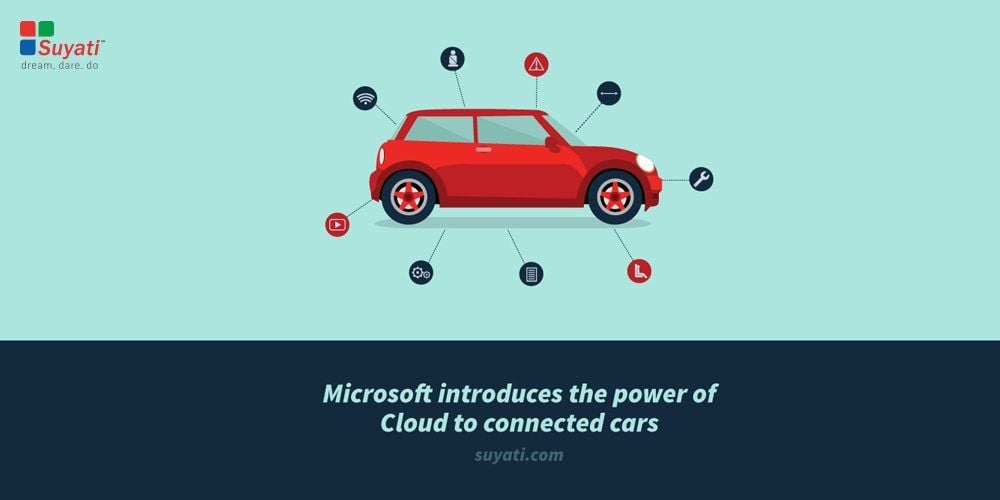 Microsoft is joining hands with the Renault-Nissan Alliance in researching and developing cloud services that will be soon brought into Renault-Nissan’s next-gen connected vehicles. Microsoft’s previous collaborations with Renault-Nissan projects have made Microsoft choose them as their primary partner. Peggy Johnson, Microsoft’s EVP for business development states that, “This is not an in-car operating system or a ‘finished product’, but a living, agile platform that starts with the cloud as the foundation and aims to address five core scenarios that our partners have told us are key priorities: predictive maintenance, improved in-car productivity, advanced navigation, customer insights and help building autonomous driving capabilities.”

Additionally, Microsoft is also collaborating with BMW to support their connected platform based on Azure. During the Consumer Electronics Show in Las Vegas on January 5th 2017, Microsoft announced its Connected Vehicle Platform- a suite of services built on Azure cloud that will empower automakers to custom build connected driving experiences.  Both BMW and Nissan also showcased the in-car integrations with Cortana- how your future car could leverage the potential of Cortana digital assistant and its voice-powered services. Microsoft along with these leading auto manufacturers are exploiting the platforms of IoT and AI to created enhanced driving experiences.

Microsoft is exposing Cortana to third-party developers so that they can fuse the capability of “intelligence” into as many services as possible. The integration of Cortana digital assistant is something similar to that of Amazon’s integration of Alexa with Ford. A personal digital assistant serving the smart car- will be one of the key areas that Microsoft will be focusing this year.

What are the defining marks of microservices approach?

Testing UX to understand what does your viewer actually experience

URL Aliasing in Ektron: What does it mean for your...