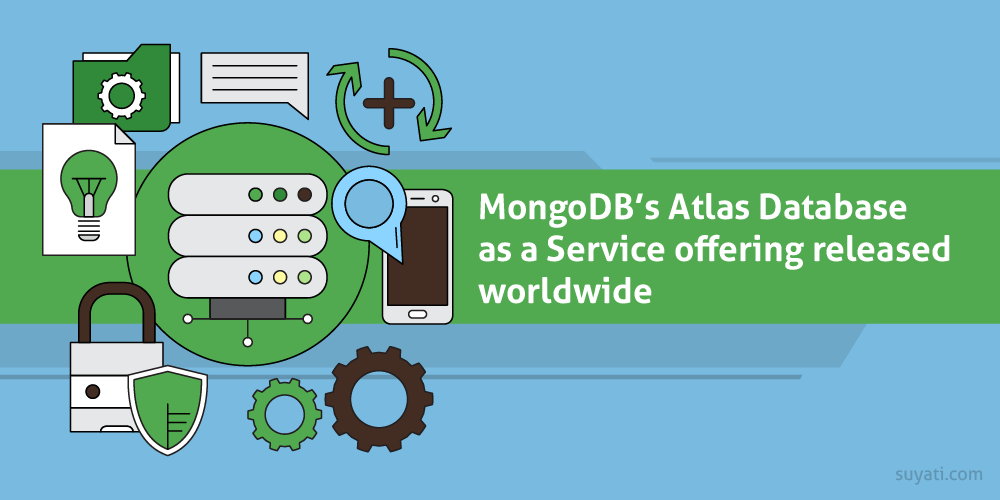 With this new offering, users across the globe will have the ability to co-locate the operational DB service near the application it supports. Atlas is a cloud-based version of MongoDB’s open source, NoSQL DB.

When MongoDB launched Atlas in June 2016, it was made available only in five AWS regions with three availability zones that offered best performance. MongoDB has made it clear that it is planning to increase its global footprint due to the presence of a high user base around the globe, necessity to abide compliance regulations, maintain data sovereignty, and the need for operational DBs to be closer to applications. Sahir Azam, Vice President, Cloud, MongoDB states that the new MongoDB Atlas is experiencing a rapid growth since its release, with many users deploying it in the customer-facing mobile applications. MongoDB is also thinking about the Internet of Things (IoT) prospects to spin up data centers across the globe.

MongoDB around the world

The MongoDB Atlas platform is now available in Americas, APAC regions, Europe, the Middle East and Africa (EMEA). MongoDB intends to expand its services to China and AWS GovCloud in future. The new regional capabilities will empower customers to deploy their customer databases locally. This results in better performance and cost reductions. By the end of 2017, MongoDB will provide a comprehensive coverage. Though the service is currently available only on AWS, the plan is to make MongoDB cloud-neutral.

MongoDB has also developed a newly integrated live migration toolset for Atlas. This new toolset uses a wizard-based approach which facilitates porting of current workloads to Atlas with minimal downtime and operational overhead. Users can also directly query an existing backup and retrieve only the specific documents or items they need. MongoDB is planning to lay out more roadmaps for Atlas in the coming days.

Microsoft to release major Windows 10 updates twice in a year

Pack in More Power for Your Business with Salesforce Santa’s...