Open source cars – the dawn of a new era? 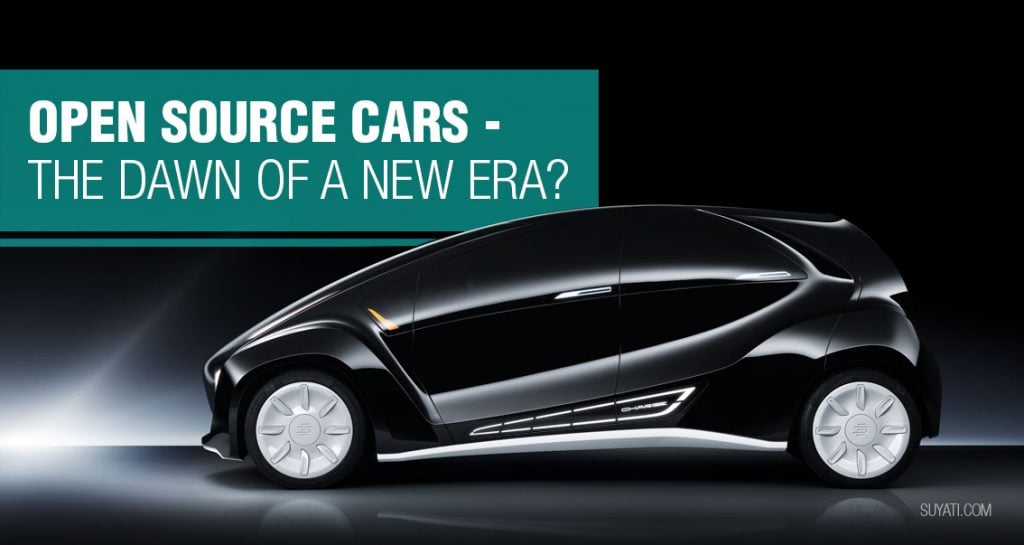 Open source goes beyond free software, and the broad concept means a collaborative platform, where a diverse community gets together to work on a project, on a voluntary basis. While open source coders get together to develop software, automobile enthusiasts pool and collaborate through open source platforms to design vehicles, or things for vehicles. Initially adopted as an innovative method by start-ups, the success and efficacy of this model means that even global giants such as Ford are now actively exploring the open source route to develop cars and components.
OScar
One of the earliest initiatives towards open source cars is the OScar. The goal of OScar is not a high end car fitted with complex gadgets, but rather a simple and functional vehicle that aids mobility, where form follows function. The OScar website offers a platform for developers and drivers who strive to invent mobility anew. The project started in 1999, and is still a work in progress. It reached a milestone in December 2005, when it released OScar 0.2, a simple mobility vehicle, which would be a prototype for future developments. The aim is to develop a lightweight and aerodynamic two passenger long range car fueled with ethanol biodiesel. The pending challenges, before the car reaches the market, are to pass crash tests and to comply with the strict security legislation and pollution norms in the car industry.
Taby
Taby is arguably the world’s first open source build-your-own car, and the promoters claim that it takes just about an hour to assemble a bare bones drivable model from scratch! The upgraded Urban Tabby, complete with doors, body panels and a windshield even passes as street legal in the U.K.! The promoters, OSV, offers open source platforms for developing various models, where enthusiasts can share their design, and technologists and other professionals can contribute their expertise, to develop the car.
OSV accepts pre-orders for Tabby starter kit, for two seater and four-seater configurations, and with options such as battery pack, electric power train, and seats. However, the total cost to build up a road worthy electric runabout that tops out around 50 mph is about $4,000.

Industrial IoT Poised to Take the Industry to the Next...