How Open Source Technology Trends will Change Enterprises in 2017 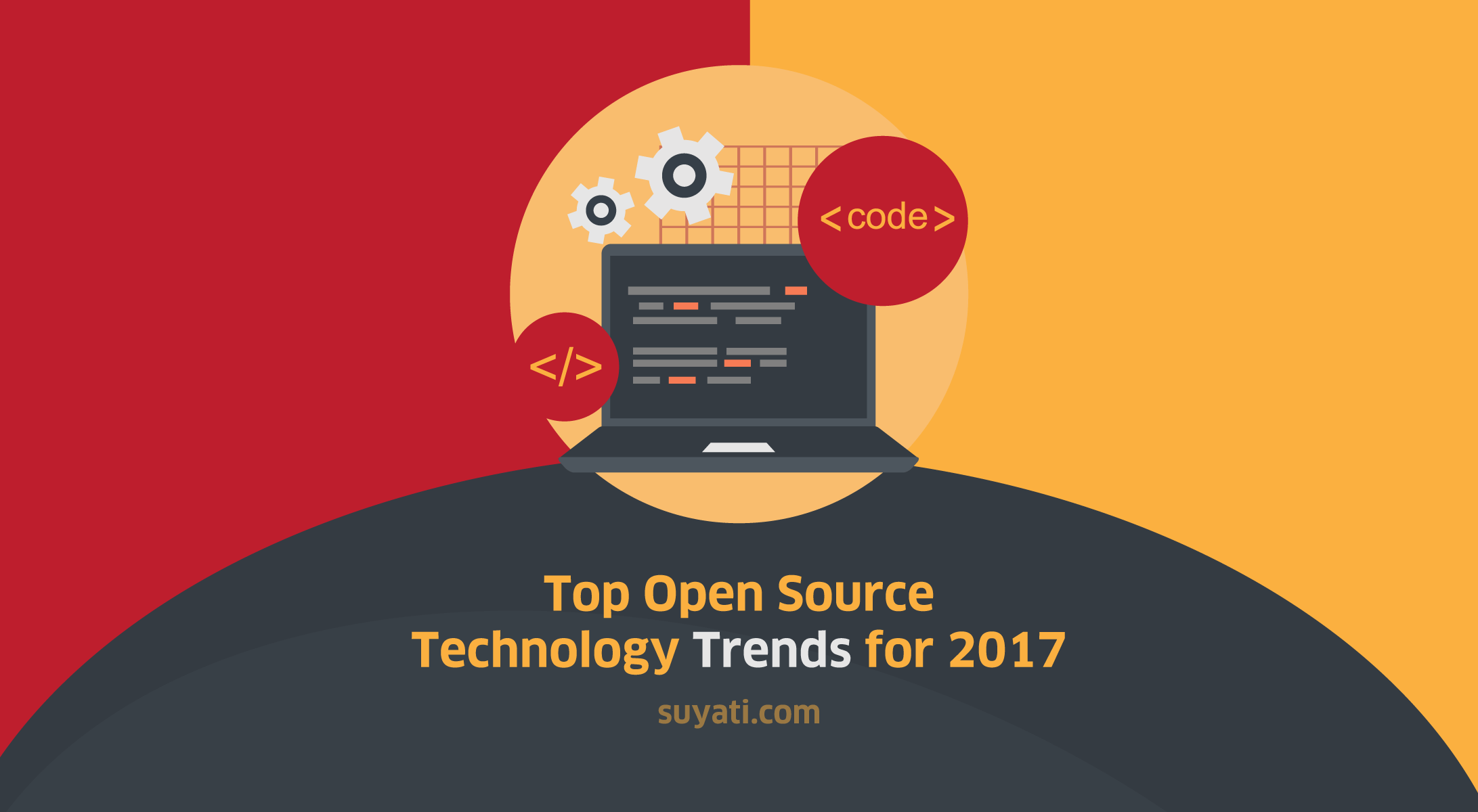 Open source is in the midst of an unprecedented boom. These days, about 95% of all applications feature some source of open technology, enabling developers to cut costs, gain flexibility, accelerate time to market, and obtain several other benefits.

However, as always, technology is always in a continuous state of flux, and as the New Year unfolds, old paradigms and established ways of doing things are giving way to new.

The open source model of open code and community contribution has come a long way, and is now more-or-less the preferred way to develop, augment and enhance the code. However, critical obstacles remain in the model.

Another key gap relates to troubleshooting and support. Open source depends on the community of user enthusiasts to solve glitches. While this works well for popular software with a large and vibrant community, it is never a reliable model. To fill the gap, there is now an increasing trend to provide commercially supported services to open source software.

With the proliferation of open source software, open source technology is increasingly in the crosshairs of hackers. Since open source software, by its very nature, is open and free for anyone to modify, there is a higher chance of the code containing vulnerabilities. In fact, hackers themselves may slip in variants of popular code infested with malware, and many users may fall for such code.  In any case, the vulnerable code makes attacks simple, as all the hacker needs to do is exploit the vulnerability and gain entry to the system. To compound matters, enterprises are adopting cloud and mobile applications, which employees access outside the company firewall.

All these are likely to result in a surge of attacks based on open source software, in 2017. The attacks are likely to be high profile, and high impact ones, targeted at “lucrative” applications. Developers and security experts would obviously wise up to pay due diligence, and strengthen their defenses, especially encryption. As it has been the trend for the last few years, it will be a battle for one-upmanship between the good and bad guys.

The implication of software security issues is likely to go far beyond breaches. As the stakes increase, in 2017, poor security is likely to hinder mergers and acquisitions as well.

Open source is the preferred platform for IoT and related applications. The technology is already well entrenched in cars. A leading example is a typical new car that hit the markets in 2016 coming with over 100 million lines of code. Automobiles today, are becoming increasingly intelligent and are capable of being controlled automatically, and remotely.

Even as the pace of adoption of open source technologies for IoT is likely to increase exponentially in 2017, the same issues plaguing general software is likely to affect IoT enabled devices as well. Black Duck’s Pittenger estimates 2017 will witness the first auto manufacturer recall based on open source vulnerability.

Server-less computing, also known as Function as a Service (FaaS), is one of the several nascent technologies gaining traction, and likely to gain widespread popularity in the coming year. FaaS enables developers to start and stop virtual machines depending on user demand, rather than purchase space upfront and then work at optimization. The cloud-based FaaS provider starts and stops virtual machines as necessary, to serve requests, and the billing is based on an abstract measure of the resources consumed, rather than on a per-hour basis.

Open source is now the standard infrastructure software. As it is in the case of most industries, there is likely to be a lot of churn, as new players leverage cutting-edge technologies to offer superior services to customers, and old warhorses struggle to keep up, or reinvent.

Three of the top five most popular database management systems, MySQL, PostgreSQL and MongoDB, are now open source. SQL, which was overshadowed by NoSQL databases such as MongoDB, are making a comeback, owing to its new capability of adding commodity nodes to the database, an effective alternative to the NoSQL advantage of flexible data modeling. Cloud database-as-a-service offerings, such as Google Cloud SQL and Amazon Aurora do away with scale-out issues, and are likely to gain more popularity.

Existing open source technologies, such as Drupal 8, will mature even further, and offer a greater deal of flexibility to developers.

The wind is clearly blowing in favor of open source. Nothing indicates the trend better than ‘The People’s Code,’ a US Government program, established in August 2016, requiring federal agencies to release a minimum of 20% of new custom-developed code as open source, aimed at fostering and improving the abilities of open source communities. The program also encourages Federal employees and contractors to contribute to existing open source projects.

To cut a long story short, open source is here to stay, and will only grow larger in 2017. Share your thoughts on how open source is likely to unfold in the coming years. Please write to services@suyati.com to know more about our open source expertise and services.

How Startups Can Leverage the Top Marketing Trends to Succeed

Integration of Enterprise Applications made simple with Ektron- A Glimpse...