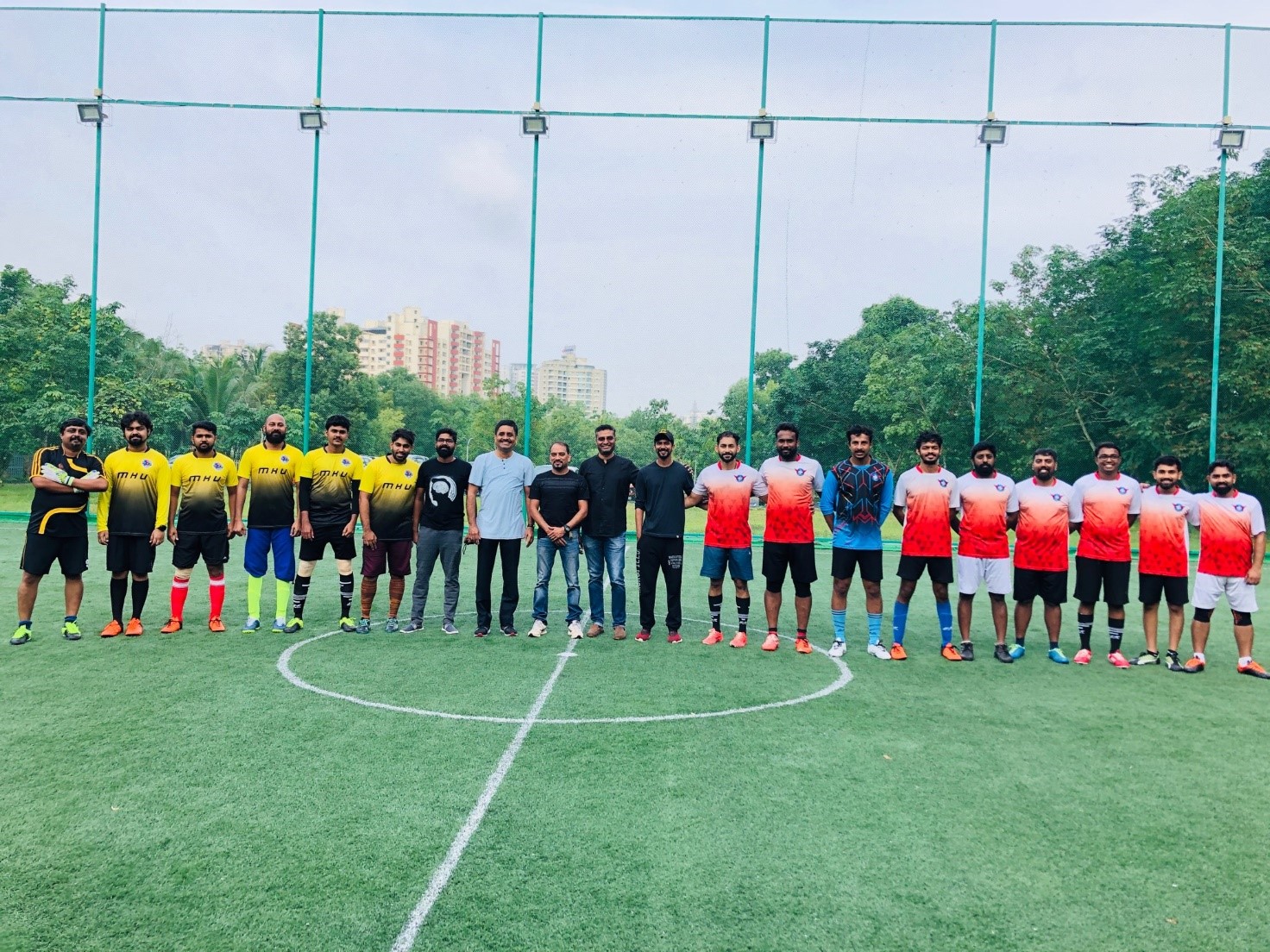 Suyati Futsal League 2019 was as much a blast as expected. The four teams – Atletico Dama, Real Vincent FC, MK United and FC Vinod – put up a great show. FC Vinod came out shining in every match, eventually winning the finals with 14 points.

Mansoor of FC Vinod scored the most number of goals – a whopping 11, while Appu Milon scored six and Azhar scored four. Here’s a look at some of the highlights of the match, and a little bit more. Alright, a lot more!

The field is set for a scintillating season of Suyati Futsal League.

Merin. Ann. And their henchmen.

Meanwhile HR7 poses as Mahabali. He thankfully keeps his “body” of work behind the camera, and lets his hand do the talking. Brilliant emoting by the hand, by the way, HR7!

The game picks up pace between Team Vinod and Team Dama.

A couple of dance moves that Futsal taught us this season… Please note, these steps have been performed by trained professionals and should not be re-enacted without supervision.

Meanwhile, Rijo tries some Yoga on the football field.

On second thoughts, WHAT IS THAT POSE, RIJO???

Teammates Mansoor and HR7 sharing tips and tricks to beat their opponents. Obviously they have some great moves – they won every game they played!

‘Rough play or no play’ seems like their motto!

They can’t seem to agree, do they?

SK gives his football skills a try, while PJ looks completely unperturbed by the impending strike.

Team Mukund and FC Vinod all set to lock horns for the finals.

Team FC Vinod is all cheers after winning both the men’s and women’s title. This is one sure shot team of winners!

Prepare Now to get the Best out of Dreamforce 2019

Five CX Trends that will Change Insurance in...

Be Future-Ready with Digital Personalization for Competitive Advantage

Unleash the power of social commerce. Your brand will thank...

Why You Should Not be Missing the 2015 Microsoft Worldwide...

Why Opensource is popular among Programmers