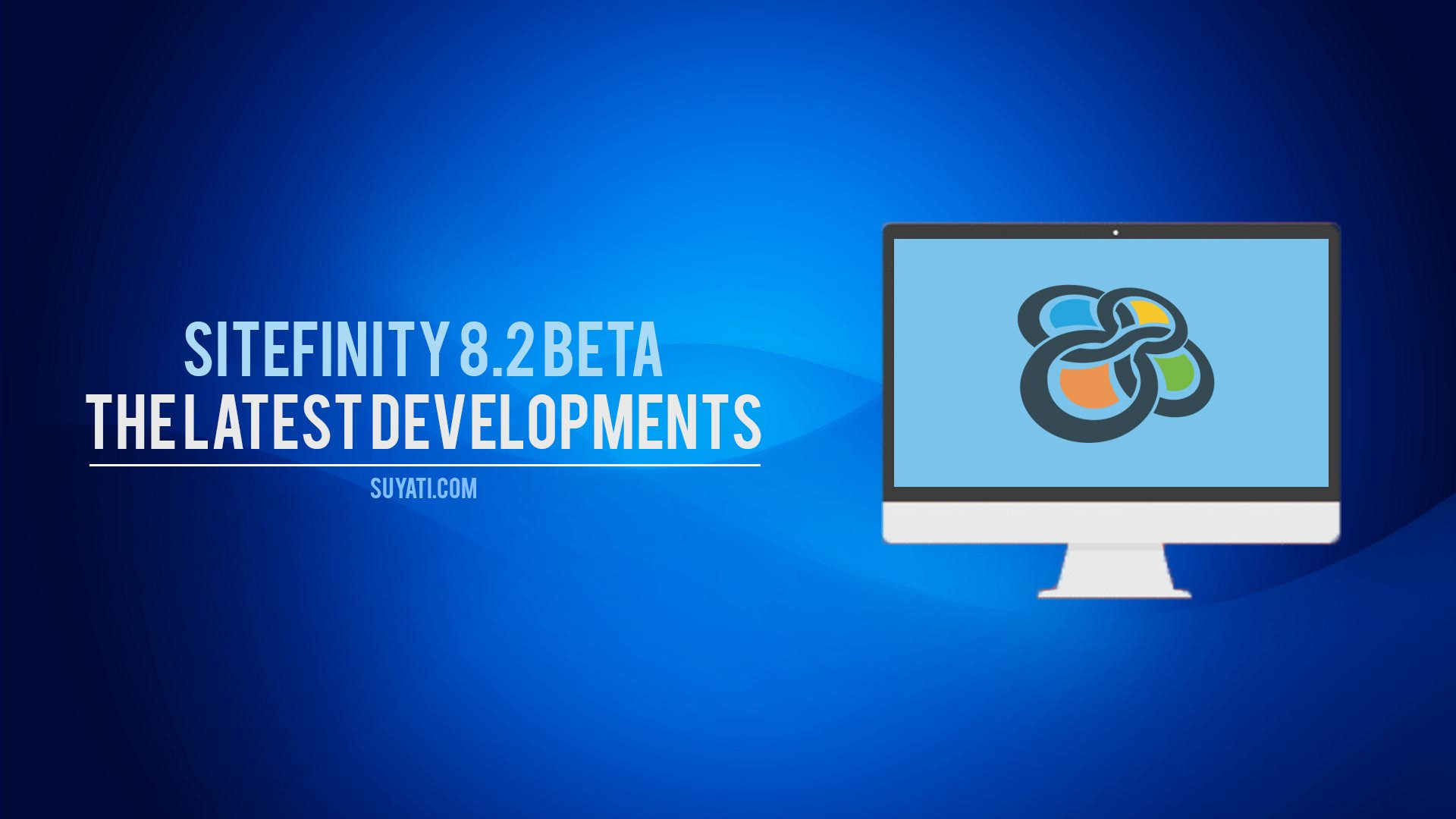 September 2015 saw the coming of Sitefinity 8.2Beta with a series of improvisations and new features. Starting with availability of customization on each widget, Sitefinity 8.2Beta also provides MVC Widgets support, Cloud support for Azure sites and consistent upgrades. In this article, we will provide a detailed overview of the features under the following categories: Online Marketing, Upgrades, Project Feather, Cloud Support, Performance, Tools & Framework and core changes made.
Online Marketing
Generally, the personalization of a widget needs the developer to recreate the entire page template or page. In Sitefinity 8.2Beta, such a reforming of page or template is not required. The programmer can easily edit the widgets without having to redo the entire structure. Thus, lesser time is spent creating the customized spaces and making changes to them. Content block, Custom widgets and images can be easily personalized. With the ability to personalize the widgets, customers can make use of personalized blocks across many pages.
Currently, users in multiple segments generally have view of the personalized widgets for highest priority segment. With this Beta version, users have view of all the personalized widgets in each segment. When going through personalized pages, the user can screen more than one segment to check the appearance of page to users in many segments.
Upgrades
The two major upgrades that have occurred in Sitefinity 8.2Beta is the improvised upgrade settings in NLB and database schema logging. When an admin uses NLB for upgrading website, then she can choose which instance and the corresponding database model to upgrade. The other instances resume to operate without exceptions rising.
The UpgradeTrace.log traces all the upgrades which the database schema undergoes. Detailed information that is useful for troubleshooting can be accessed.
Project Feather
While working on a MVC website, users can produce forms which sync with the pages impeccably. The markup of elements in a form can be completely regulated by the developers. The Feather norms can be followed for easy customization and also for generating new custom form widgets. The prime features included in Project Feather are form widget on MVC, form builder layout widgets and form builder widgets on MVC (including Checkboxes, instruction box, Forms captcha and multiple choice).
Earlier, there were separate regions for each package of grid widgets on the Page toolbox. With this version, there is a single set of grid widgets whose templates can be loaded flexibly.
Cloud Support
Visual Studio and PowerShell script can be easily used for deploying the Sitefinity projects to Azure Web Apps. NLB communication can be carried through using Redis. Muscular support for the Azure Web Apps and for cloud auto-scaling in Azure is present. There are also automatic configurations within Azure.
Performance
When users have multiple HTTPS requests, then shifting the processing of SSL encryption and decryption to the load balancer or other device is helpful. This can be done in Sitefinity 8.2Beta with use of SSL Offloading.
A Performance Optimization Page has been added to the Backend, where an overarching view of performance settings is put forward. This page can be used to check the current condition of settings and the level of optimization in the website.
Tools and Framework
In Sitefinity 8.2Beta, the Service Stack has been upgraded to v4.0.44 while the FancyBox has been upgraded to v2.1.5. The user interface for ASP.NET AJAX has been upgraded to 2015.2.826 while the GeoIP database has been revamped with latest modifications (from 9th Sep 2015).
Core Changes Made
Previously, there were issues in the Analytics section where the change in site domain without updating of Analytics data would result in error. Also, error log was generated when the analytics dashboard was filtered by devices, visitors and languages. These issues have been fixed in the present version.
Among the core functionality changes, sitemap problems caused due to change in library root URL have been taken care of while the user activity is also dynamically updated when the user shifts from backend to frontend. “The specific blob does not exist” error caused within the Azure blob storage provider when pictures were replaced has been fixed.
Within the comments section, cases where the name of LDAP users was not displayed with the comments have been resolved. Also, the entered number, in case it is in decimal places, is not rounded off in the custom field type “Number”.
In the region of email campaigns, the prime issue faced was that when The Host Property was not set, the mails were sent out with incorrect hyperlinks. This has been solved. Polishing the face of ecommerce space, a series of changes have been made to furnish rich user experience. The shopping cart does not hold on to items between websites, when the domain is same. There is no default currency under which the requests are sent out to the payment provider.
Suggestions
While Sitefinity 8.2Beta has received applaud, it has also met with range of suggestions to create a better environment for developers. Here are two common suggestions that have been put out.

Sitefinity’s ultimate aim is to reduce complexity in web development. Leave your comments.
To know more about Suyati’s Sitefinity capabilities, send an email to services@suyati.com

How Big Data is Reshaping the Fashion Trends

Six skillsets you ought to have if you want to...

Intra-Organizational Collaboration made easy with eIntranet from Ektron