“There’s an app for that!” has become a well-known slogan among mobile users, and with good reason. The range of services that are available with an app on your mobile has undergone a significant upturn in the last few years. While this might make it tougher for creators of mobile apps to find the right new app that can capture the market, it’s definitely good news for the end user. 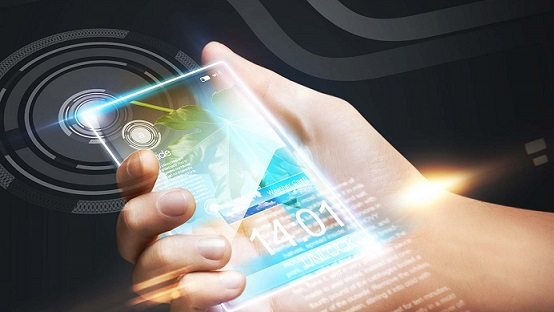 On the mobile app creator and developer front too, there has been a lot to look forward to in terms of the new trends in mobile app development. These make it easier and much more exciting to create and work on a new or enhanced app. As we reach the middle of the year, here are some of the major mobile app development trends that have made their presence felt:
IoT and Big Data: The increasing volumes of data that need to be handled by all enterprises and the connections between all our devices have been on everyone’s mind in 2015. It is no surprise that these are also big drivers in the area of mobile app development. Creators of apps need to take these large amounts of data and the corresponding analytics into consideration for their functioning and performance. The IoT is also definitely a major influence on all current mobile app projects, pushing developers to focus on the interfaces and user experience on all the different devices. This is essential to provide a unified interface and functioning to the end user.
Rapid Mobile Development: It has become imperative to reach the customer faster, and this has made many mobile app creators opt for frameworks like Microsoft’s Azure Apps Service. These provide an interface to the native mobile apps functions, and make it much faster to create and deploy a new app. This ensures a quicker time-to-market which is a big differentiator for a new business idea.
Cloud technology: Just as the cloud has pervaded all spheres of technology, it has influenced mobile app development as well. Integration of apps on multiple devices, without influencing the general look and feel, has become an exciting new challenge for developers. Cloud-based development can also ensure a much faster and more efficient sync between devices, which is an attractive proposition to the end user as well.
Retail e-commerce: E-commerce or m-commerce as it is known on the mobile is another area that drives a lot of mobile app development. As this article quotes, 19% of e-commerce sales in 2014 were made over a mobile device such as a smartphone or tablet. This number is only set to rise in 2015 and in the future. Consumers have embraced e-commerce as a comfortable method to avoid carrying physical cash, and mobile apps that offer a good interface are sure to be a winning proposition. This theory is supported by the fact that major e-commerce players such as Flipkart are banking on their mobile apps to be a major source of traffic from consumers.
Digital media and streaming: The trend of watching a TV show or sports event on mobiles or tablets has been getting more popular. According to this article, YouTube reaches more U.S. adults of ages 18-34 than any cable network, and Facebook accounts for 1 billion video views per day. Mobile app creators have recognized these developments as an interesting field for enhanced apps that would help improve the user experience and bring in more users.
Wearable devices: The Apple Watch was one of the most eagerly awaited devices in recent times, and other fitness devices such as the Fitbit and Jawbone have already enjoyed a significant user market. The development of mobile apps targeted at advanced devices like the Apple Watch is sure to keep many developers busy not just in 2015, but in the years ahead as well.
These are just some of the many new trends that have taken the mobile app development world by storm in 2015. Some others such as the increased use of HTML5, a move towards smart homes and offices, and the use of mobile app marketing techniques are also worth watching out for. As you might have noticed, most of these would also directly contribute to a richer experience for the end user as well.
Are there any other trends that you have noticed in the arena of mobile app development? Do share with us in the comments below.

How Big Data Is Making Inroads in Healthcare