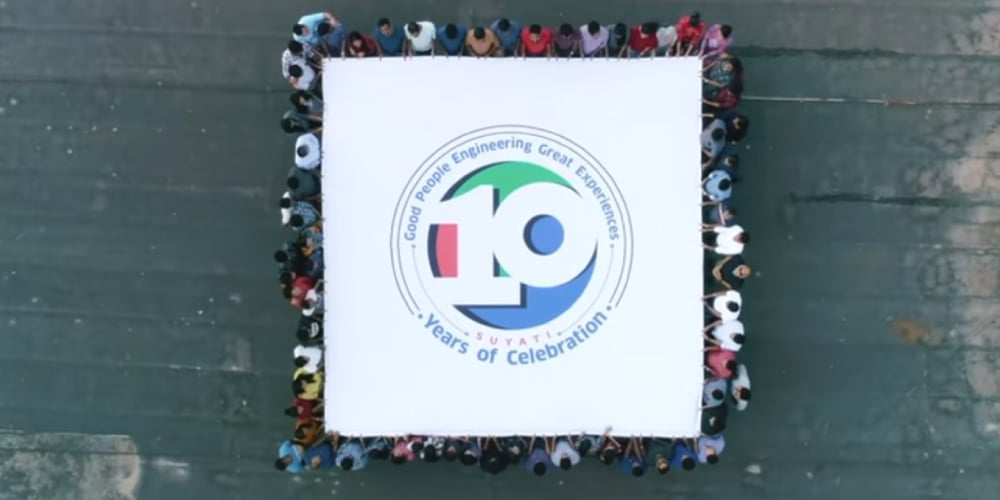 Annual Day Gala: A Day of Festivities for Suyati!

Suyati’s 9th Annual Day celebrations can be described in one word: spectacular. The event was a sensory extravaganza that ended with a fabulous gastronomic experience.

The guest of the day was Mr. Shilen Sagunan, who has been a part of the Suyati family as friend, guide and Advisory Board Member. The day began with the Management Team presenting their thoughts and visions for Suyati. The presentations were followed by the lamp lighting ceremony, which gave way to the colourful cultural events Suyatians had lovingly arranged.

There were multiple performances by the dance team and the music team which the audience thoroughly enjoyed by clapping and whistling in enthusiastic encouragement . At one point, the audience even joined the merrymaking by putting in a few steps themselves!

In between the artistic treat, prizes for the various competitions, SCL, Futsal, and other games were distributed to the winners.

The day winded down with Suyatians thronging the buffet counters set up, enjoying the lavish and delicious spread arranged, including live counters for piping hot jalebis! Here is a glimpse into the day that the Suyatian family enjoyed together!

Six Digital Transformation Technologies that will rule enterprises in 2018

How Can a Data-driven Culture Help in Customer Experience?