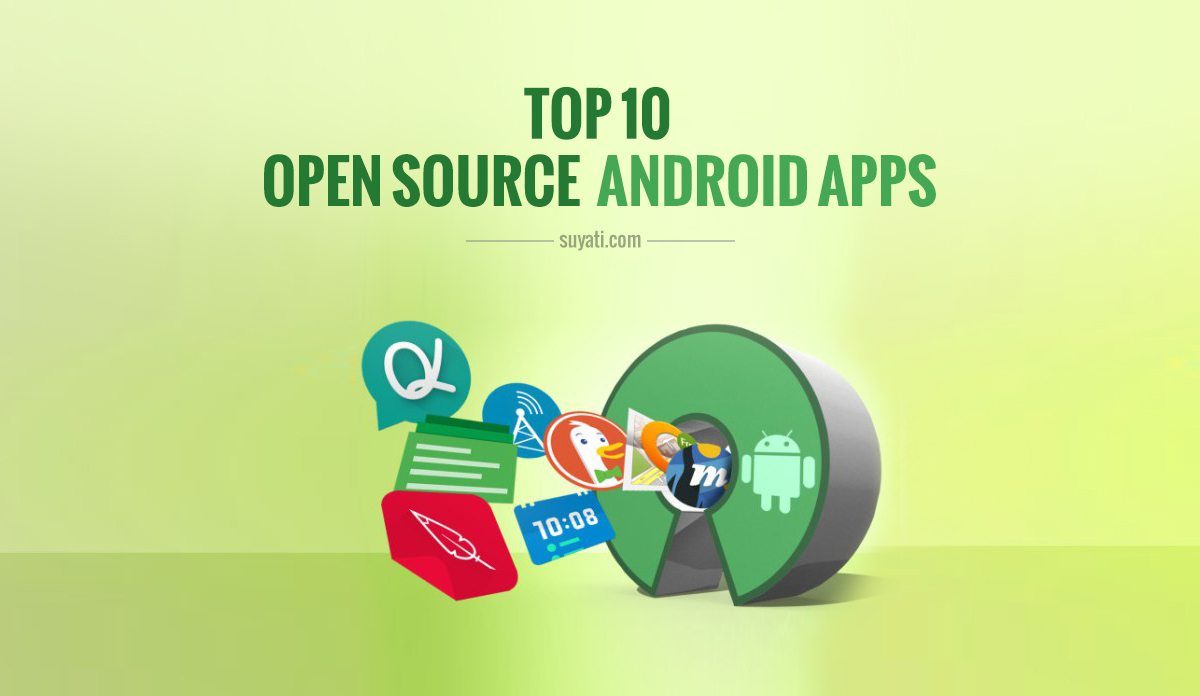 The most common hub for downloading Android apps today is Google Play Store. The region of open source Android apps is still catching pace and one of the most effective centers to download and install such apps is F-Droid. F-Droid is available as an installable directory where you can check out, install and keep a check on app updates of your device. Under the genre of Free and Open-Source (FOSS), F-Droid showcases apps from the domains of security, entertainment, writing, system, money, reading, phone & SMS, connectivity, navigation, theme and development among others. Here are 10 of the best apps vehicled on F-Droid:

The most common problem we face while playing MP3 on our device is the need to adjust volume with every song as the inherent sound could be too low or too high. Droidgain comes to the rescue and automatically adapts the volume according to the song. As of now, Droidgain selects files through an external app. Thus, your device must have a music player installed for accessing Droidgain.

Those who love tuning into podcasts will find Podax to be an impeccable companion with its neat interface, muscular sync management (with gpodder.net) and relevant widgets on home screen. With Podax, you can keep a series of subscriptions and also download the most recent podcasts when they become available. It comes with two simple widgets which will allow you to play and pause the podcasts. You can also import subscriptions through OPML.

Atomic is an IRC system marked with a clear dashboard and SSL support. This is ideal for those looking for no-nonsense chatting board.

Most of the times, Android is fully capable of managing its resources. However, there could be times when the performance is compromised and then, you could want to have a glimpse at the backstage of your little android window. AnotherMonitor is a solution to this: here, you can get a precise graphic view of the processes running on your Android along with the detailed representation of which-app-is-using-how-much. When you are dealing with a rash app, AnotherMonitor also puts up a color contrast.

Using WiFi at different places could become a hassle, with the need to remember vast number of passwords. With Wi-Fi Reminders, you have a personal WiFi assistant who will remind you of the passwords when you enter the specific WiFi zone. Once you save a wireless network, you can set up an arbitrary reminder for it. When your screen is awake and the network is nearing, the reminder will pop up as a basic notification with vibration, blinking and sound.

While there are zillions of apps for editing and snipping photos, what puts Effects Pro at a pedestal is its easy-to-use experience and MIT License. Apart from keeping away all the interfering components, Effects Pro has an outstanding user interface which makes it effortless to add in filters.

If you are using the basic launcher and navigation, then searching through setting for a particular option can be a pain. What would be ideal in such situations is to place a shortcut to the option on Home Screen. Any Cut does exactly this, with no frills. It can create a shortcut for almost anything you imagine available on your device: for sending messages or calling a certain person, to do a certain task and so on. If it were possible, Any Cut would create a shortcut to the Home Screen itself.

Applications Info gives a detailed overview of every application on your device. Starting from the permissions, services and signatures, this open-source app will arm you with information about providers, receivers and configurations also. A flip through the range of apps will give you an idea of which app might be draining the performance of your device and allow you to find better alternatives.
Apart from the above 10 exceptional open-source applications, here are two other useful android apps:
ChronoSnap: When cameras were introduced to mobile devices, static clicking was the norm. Now, with photography taking huge leaps, mobile devices need precise apps for snapping photos. ChronoSnap excels at time-lapse photography, avoiding the mistakes that generally cloud mind-blowing clicks. You can also capture photos with a turned off screen and apply a limit to the number of images to be captured.
AFWall+: This app is the best match for Android phones which are rooted and need a strong firewall. Founded on DroidWall, AFWall+ has VPN Support and allows you to export or import rules to an external storage. You will also receive notifications in case of new installations. It is possible to create many profiles under custom names and also search for applications.

What to expect from the soon-to-be ramped up Salesforce Analytic...

A Sneak Peek at SharePoint 2016