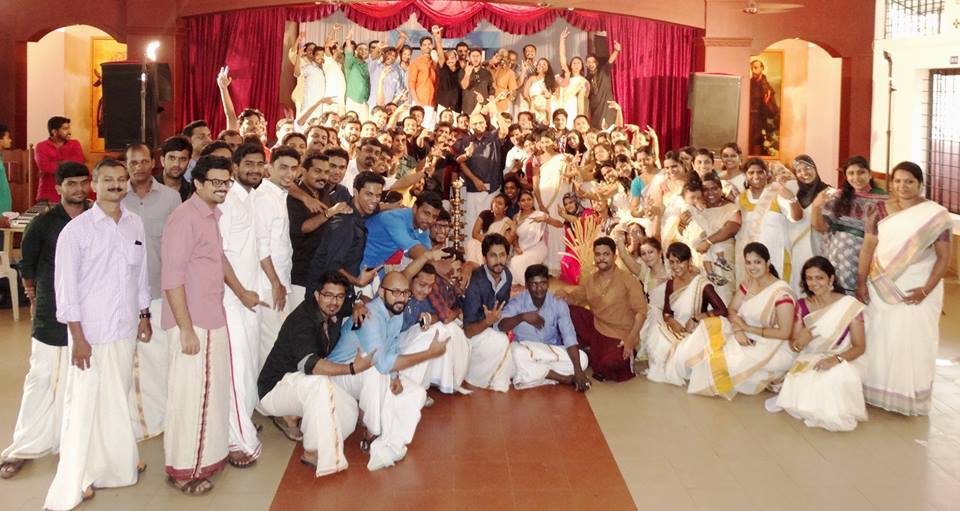 Suyati Technologies > Blog > The gaiety of Onam celebrations at Suyati

The gaiety of Onam celebrations at Suyati

Shravanapulari 2015 – A time for joy and gratitude
There’s a sense of deep contentment and exhilaration that the season of harvest in Kerala brings with it – the fact that the state’s most loved festival falls at the same time, is an added delight. Onam – it stands for joy, celebrations, prosperity and gratitude. It was this spirit of goodness and laughter that Suyati celebrated on 21 August 2015 at St. Francis Assisi Church parish hall. Suyatians brought along their family members to enjoy a day of entertainment, games, good food, and loads of naadan revelry. Let’s take a tongue-in-cheek look at the goings-on of that fun-filled day that we all hold so dearly to our hearts.
The day began with a bunch of early risers gathering at the venue to lay the pookalam. 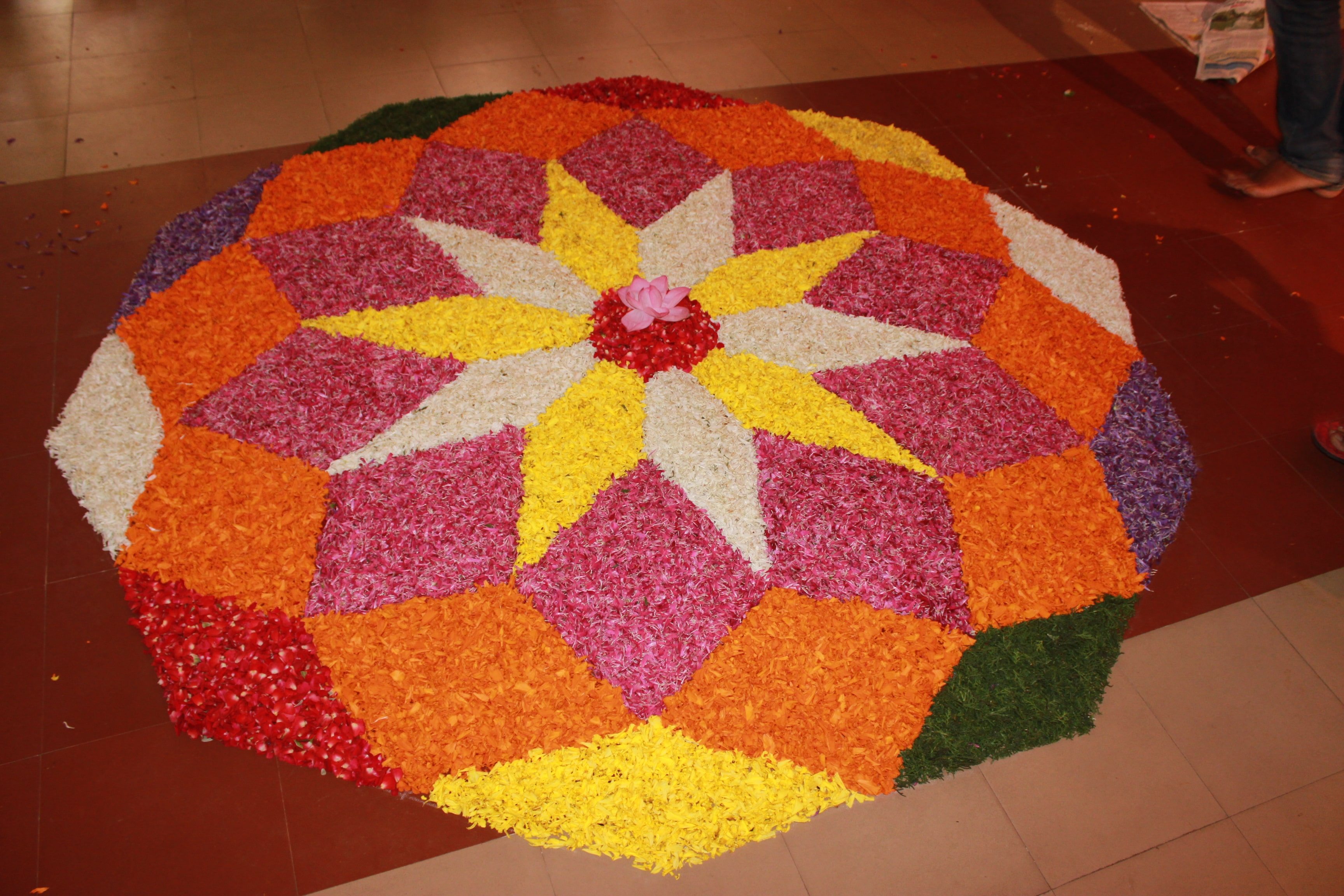 Then came the roar of the chendamelam, which was accompanied by the entry of gatecrashing goondas. Oh! Apologies. They were just some overexcited Suyatians. 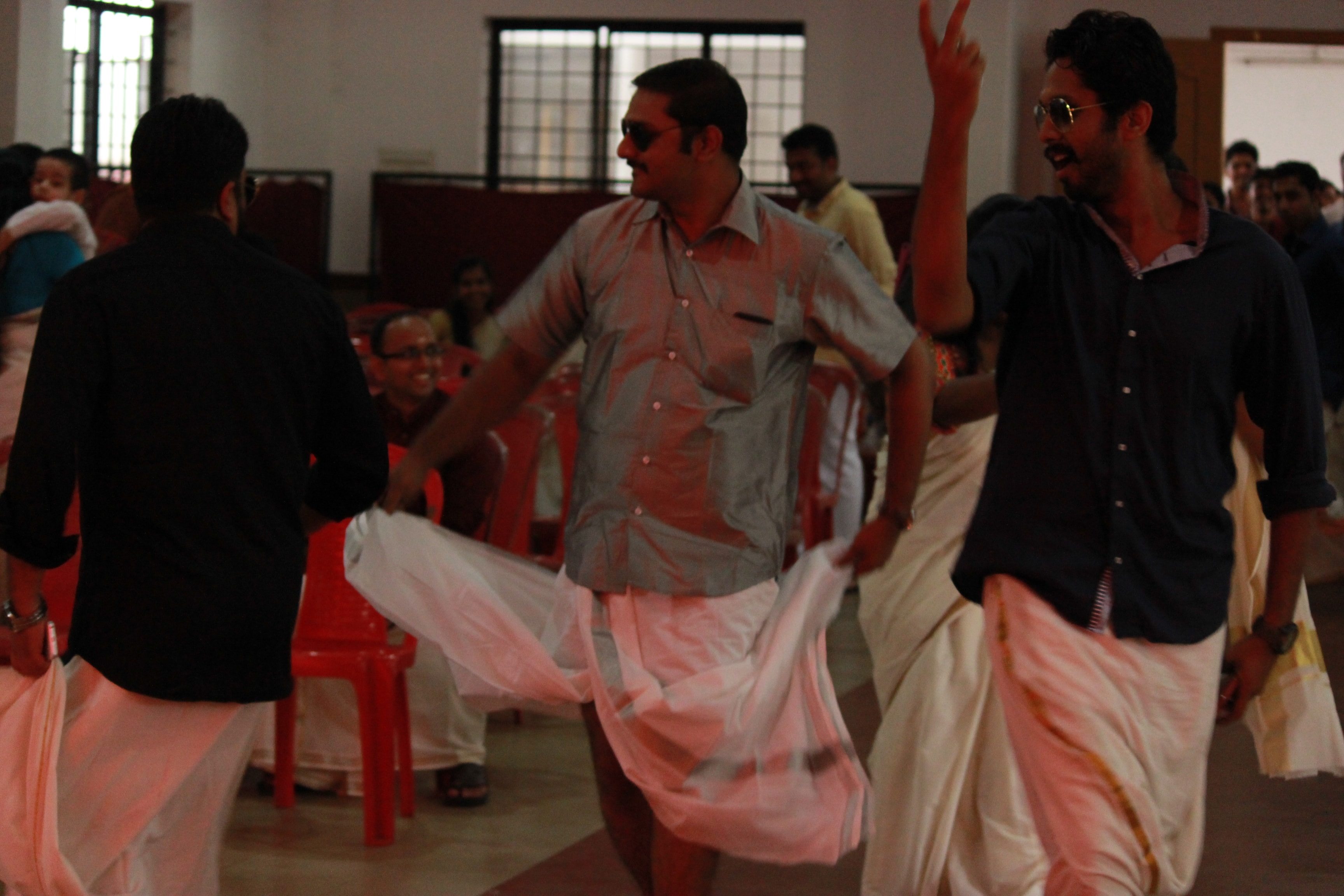 Spreading enlightenment with the lighting of the nilavilakku. 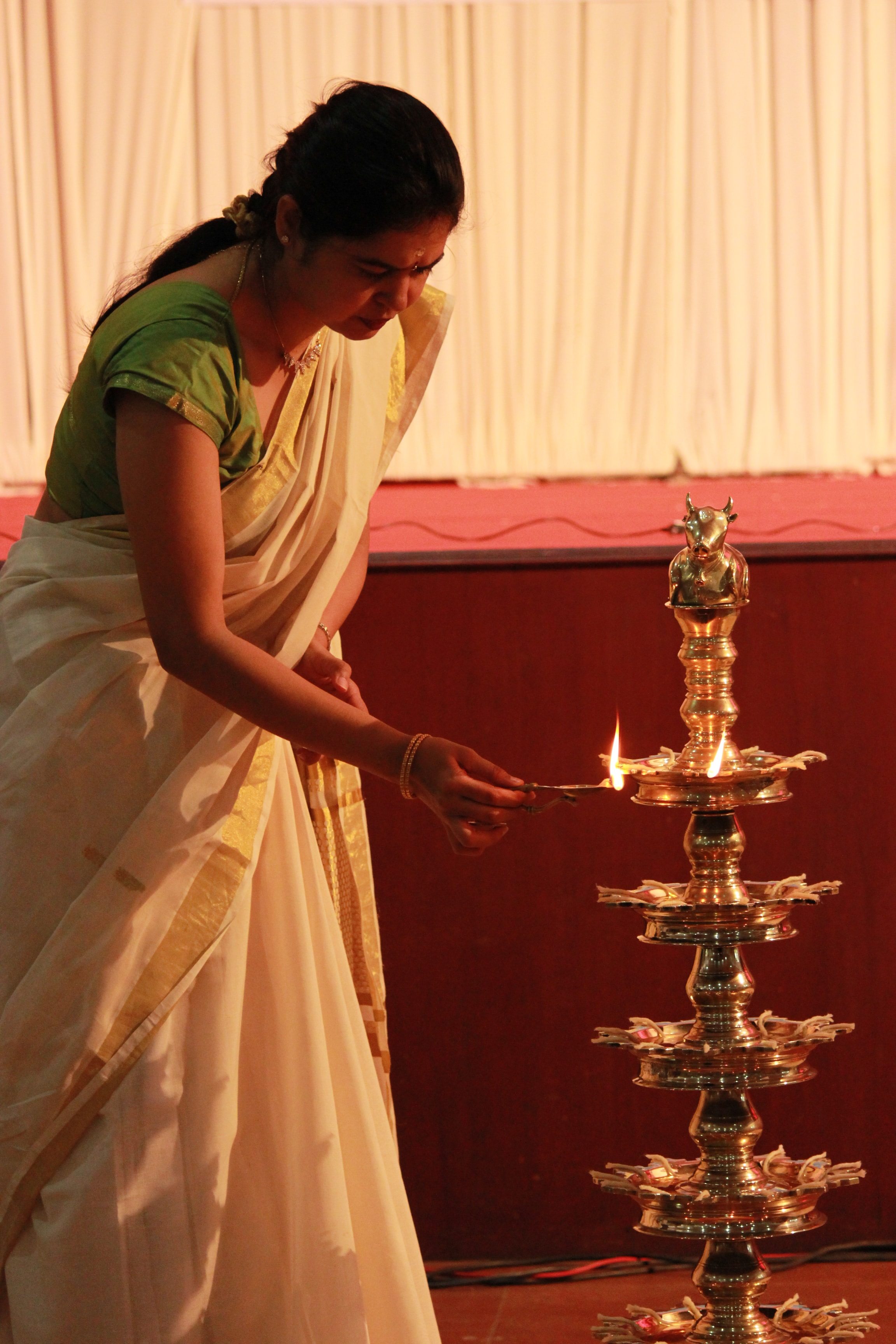 The opening performance, or the “Pooja dance”, set the pace for the event; although Archana and Soumi seemed to have put their hands up in exasperation for lack of coordination! 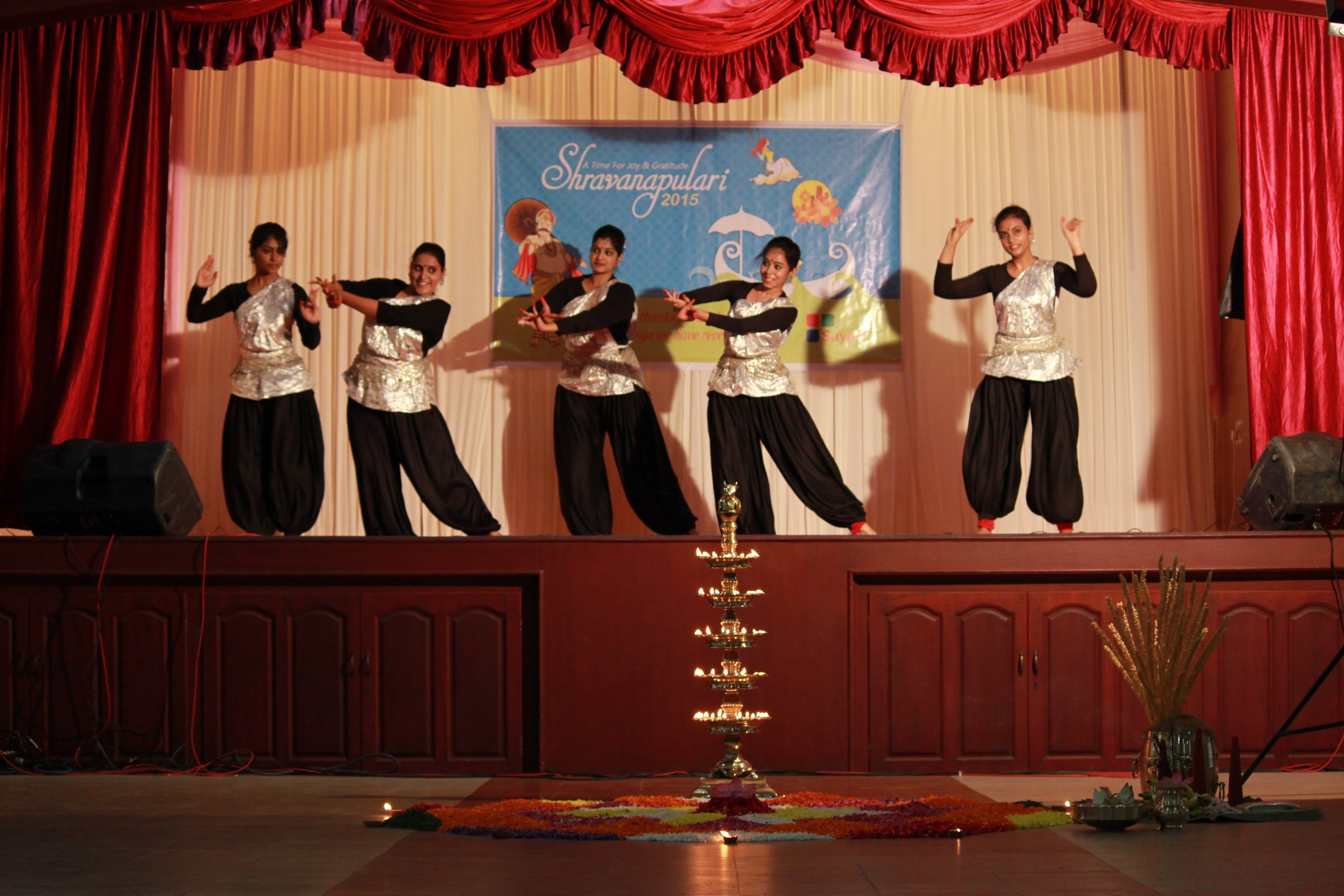 King Mahabali made a rather contented entry with a bevy of pretty women. Why wouldn’t he be pleased! 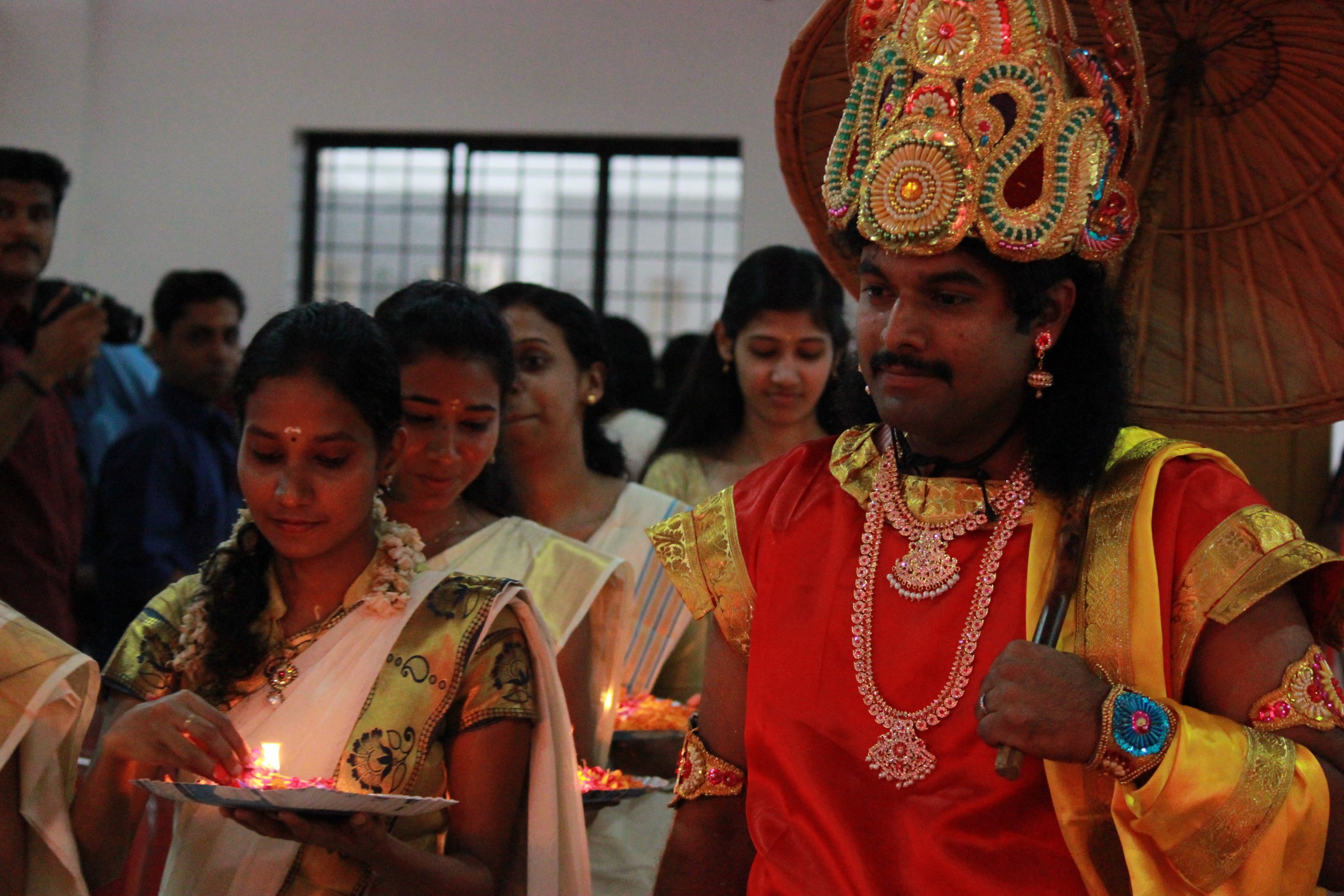 Mahabali’s message of peace and prosperity was followed by a high energy pulikali with a veittakaran to boot! Then our CEO, Mukund, took to the stage and requested the organizing committee to not embarrass him much with their antics. 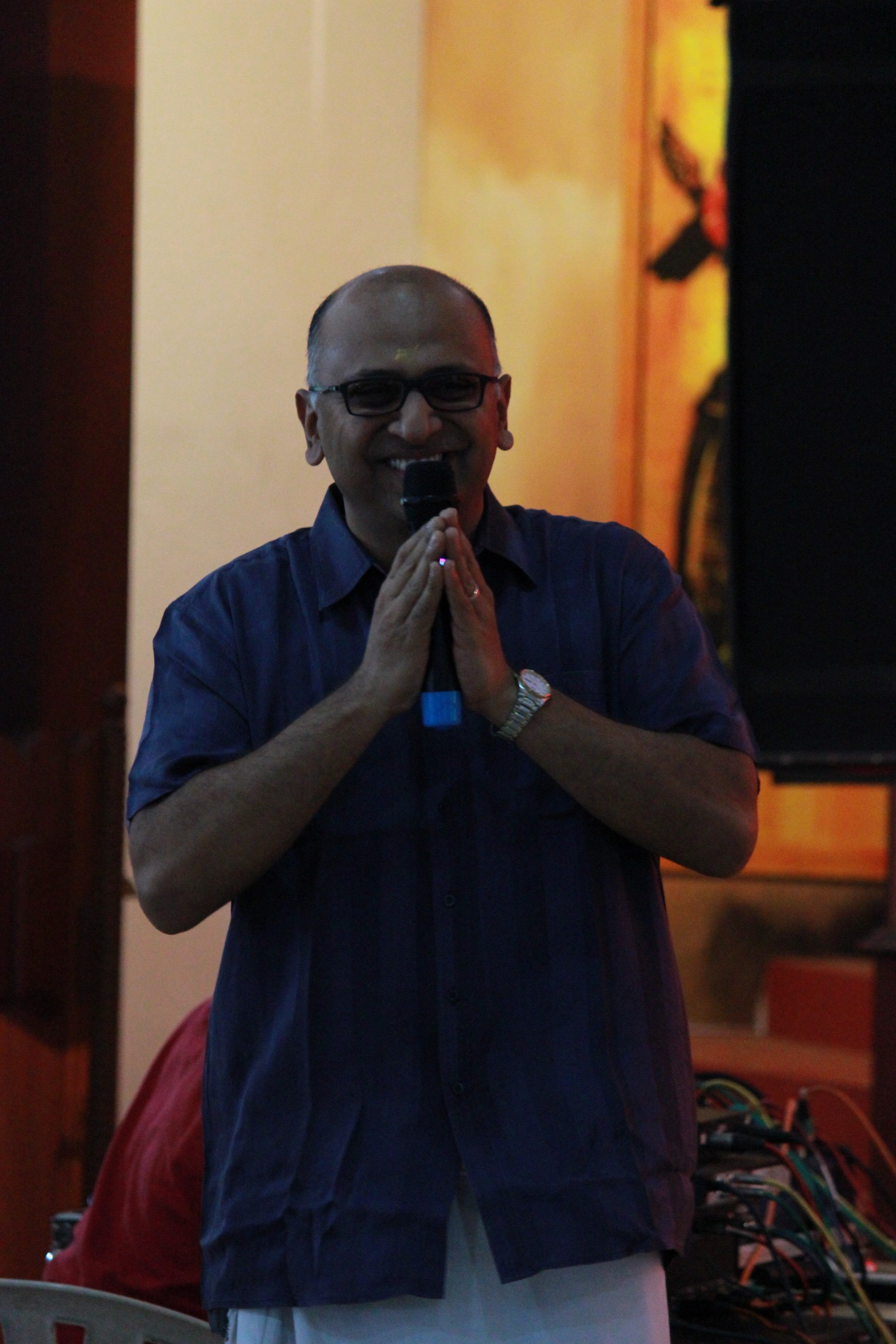 The ladies’ arm-wrestling competition was quite the highlight of the day—even close buds like Muktha and Jeena had an amazing face off. 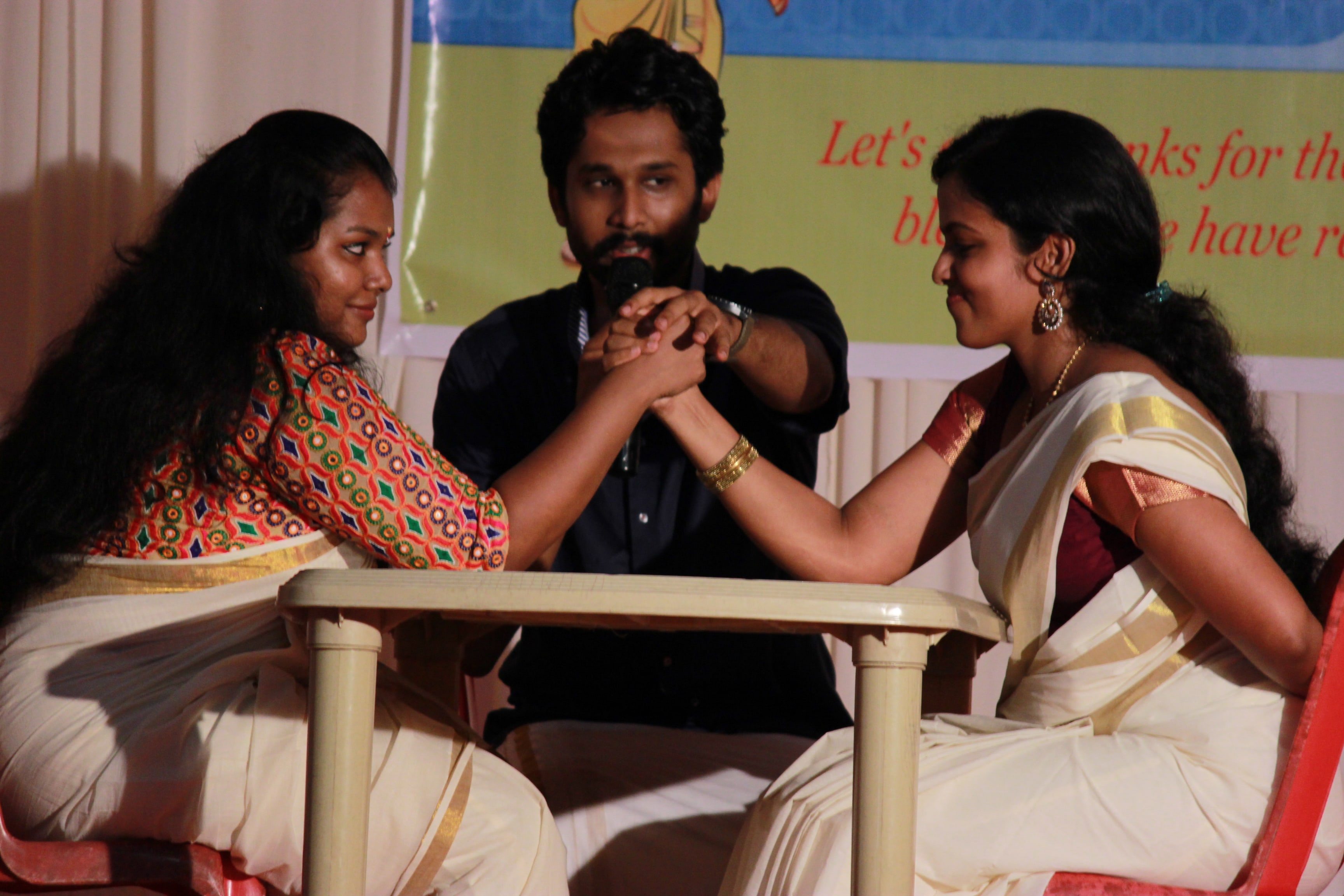 After the semi-final round of arm-wrestling, the nightingales of Suyati began their rendition. 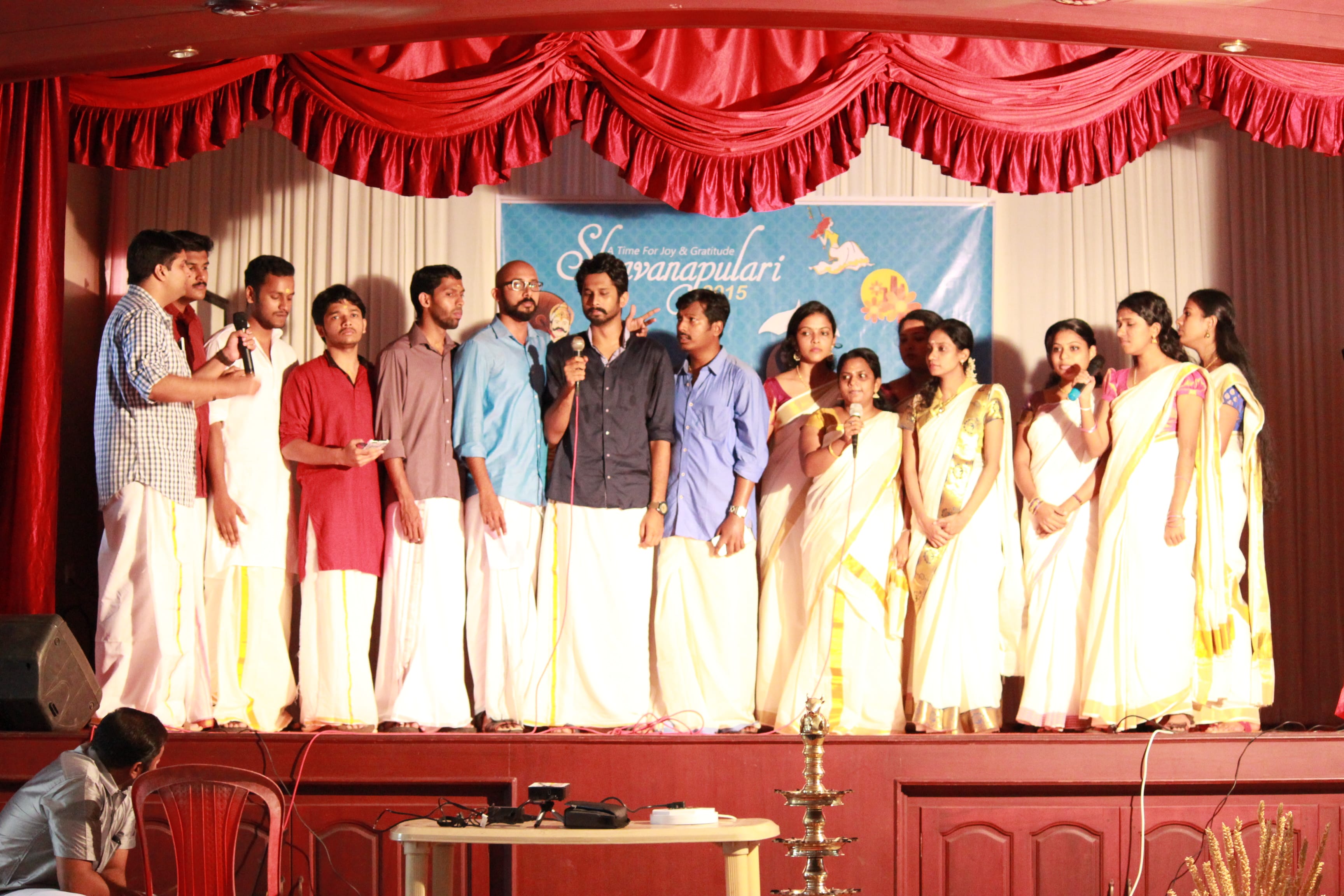 Ajai, Shamnad, Jaseem and Arun Raj seem to have an emotional moment during the performance. Our sympathies are with them. 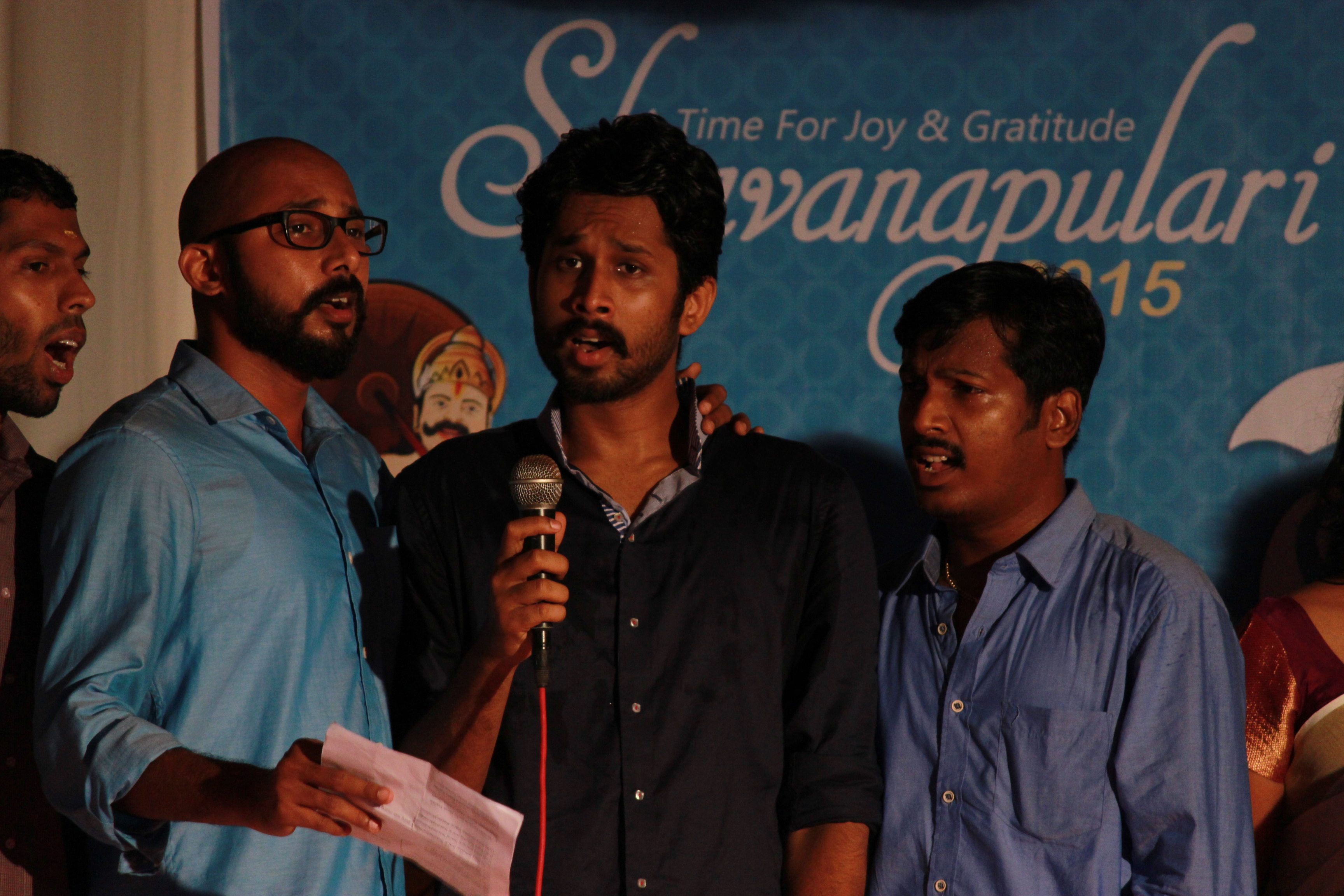 The chappathi-making contest for men was next, where six brave hearts crossed swords… nope… rolling pins, to make as many chappathis as they could. While initially, Varun seemed to have the maximum luck—thanks to his roots and his experience in the kitchen—eventually, it was bachelor boy Ambarish who rolled out the most number of chappathis.
Revathi, totally taken aback, by Ambarish’s skills, had to declare him the winner! In spite of the fiascos the drama team puts up year after year, they aren’t so easily disheartened (unfortunately for us!). This time, the team lampooned a whole bunch of fellow Suyatians, and got away with it too. Next, the kiddies were brought together for a hoop-la throwing game. The Malayali Manga and Kerala Srimaan contest was more about who didn’t have a clue about Kerala, because pretty much nobody did. However, the judges did manage to find winners, after a round of ramp walking and questions. 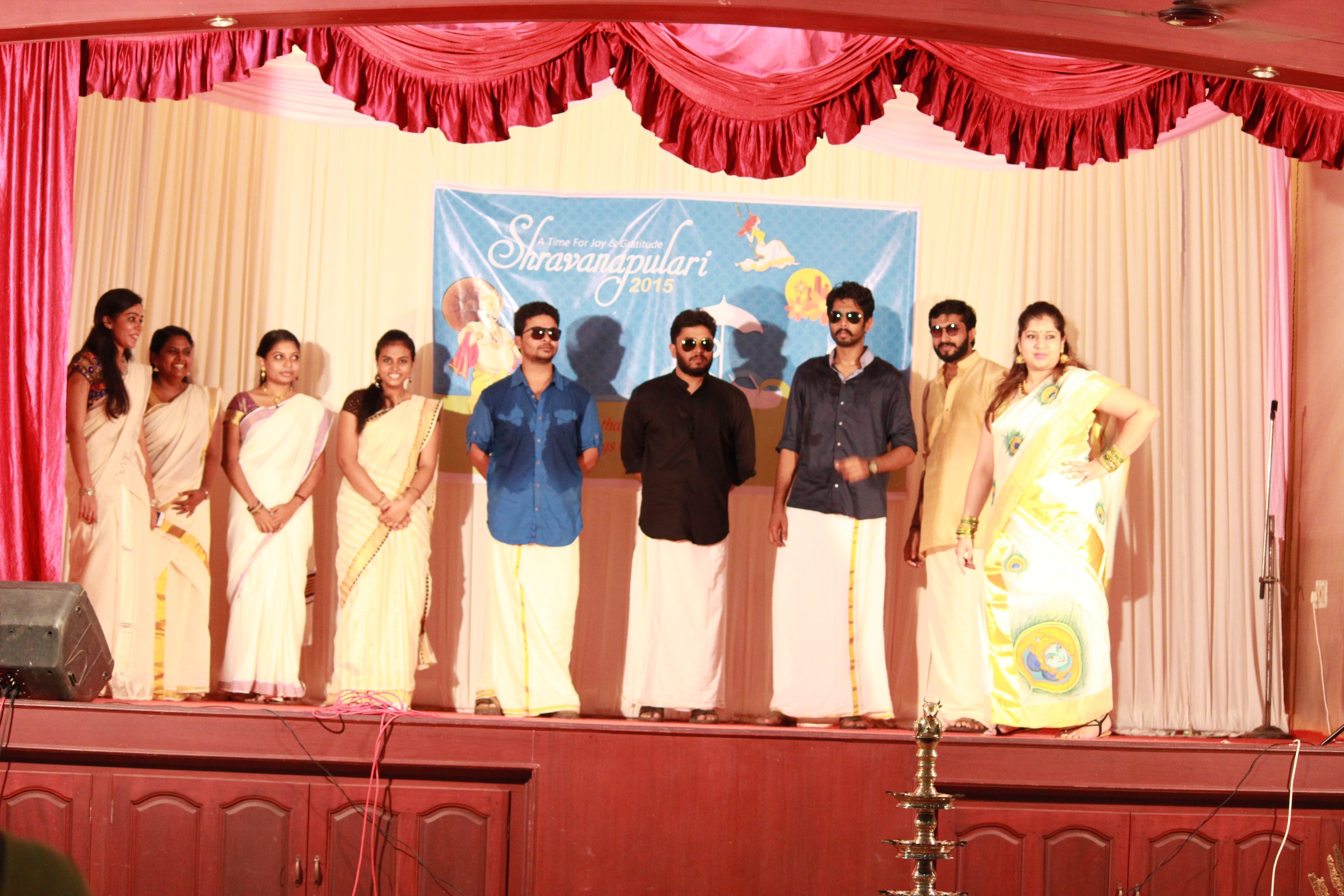 A mega thiruvathira was next in line. Not 6, not 10, not 15, but over 20 women from Suyati swayed gracefully to the music. It was a neat strategy; the sheer number took the spotlight away from lack of coordination, if any! 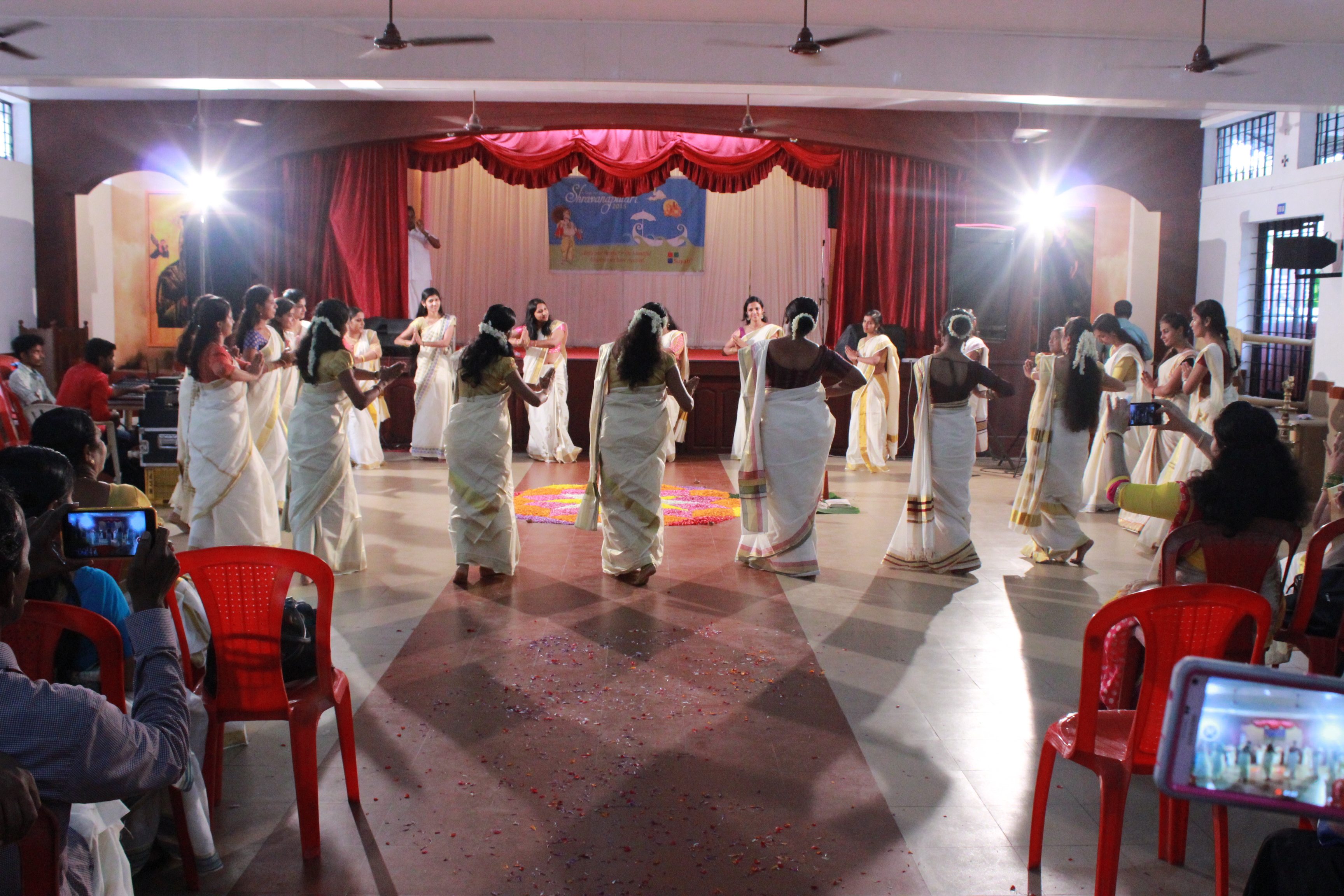 A couple of Suyati dudes tried their hands at Uriyadi. While we expected the game to be a cake walk for super tall Telvin, it was Ajay Menon and Manzoor (this man has to win every game!), who applied all theories of science to break the pot, and emerge winners. Some unfortunate others like Deepak decided to go for walk across the ground in the exact opposite direction of the pot. Some of the guys even attempted homicide on the chenda players! 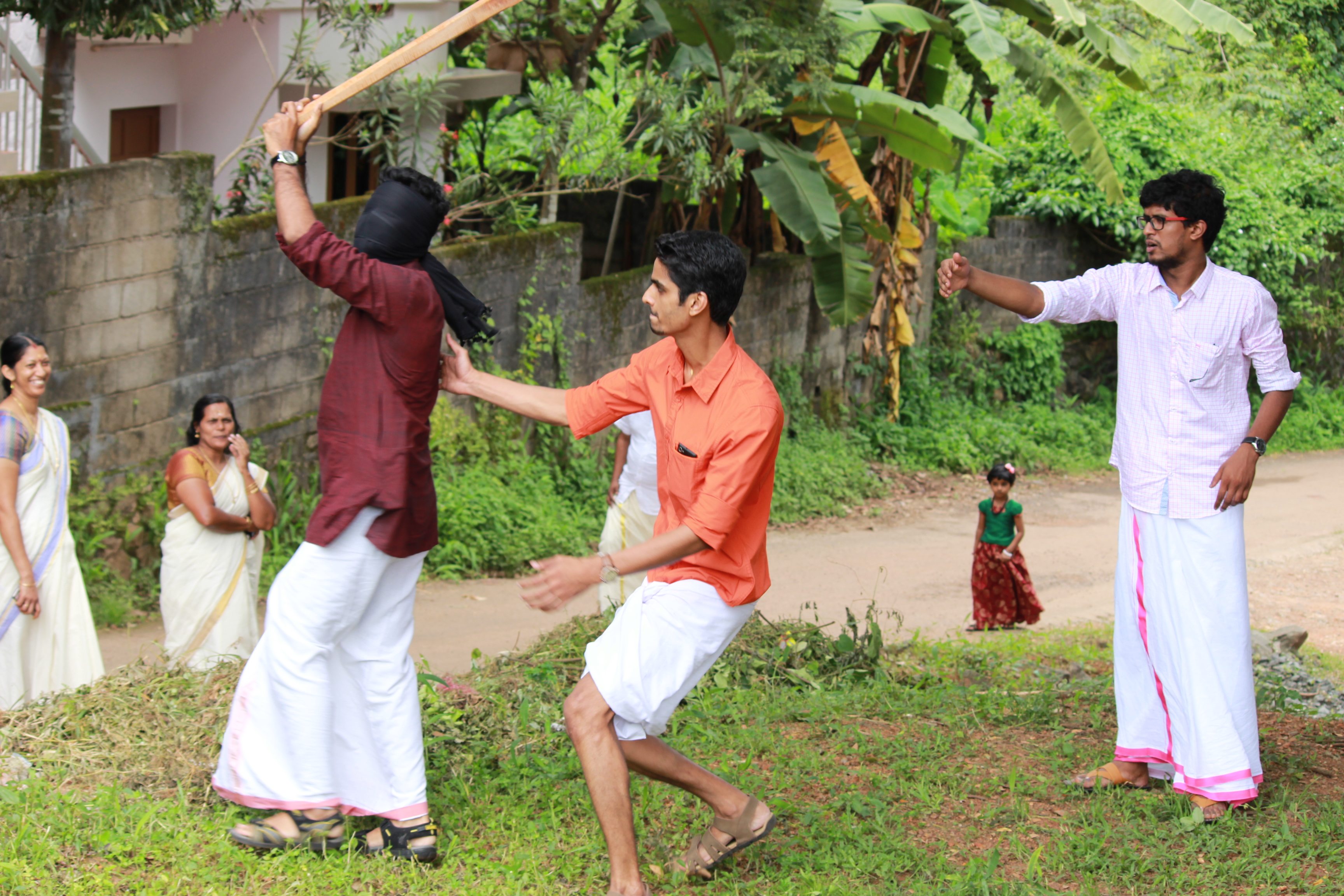 The excitement of Uriyadi was followed by a quick jam session, which culminated in a sumptuous sadya. 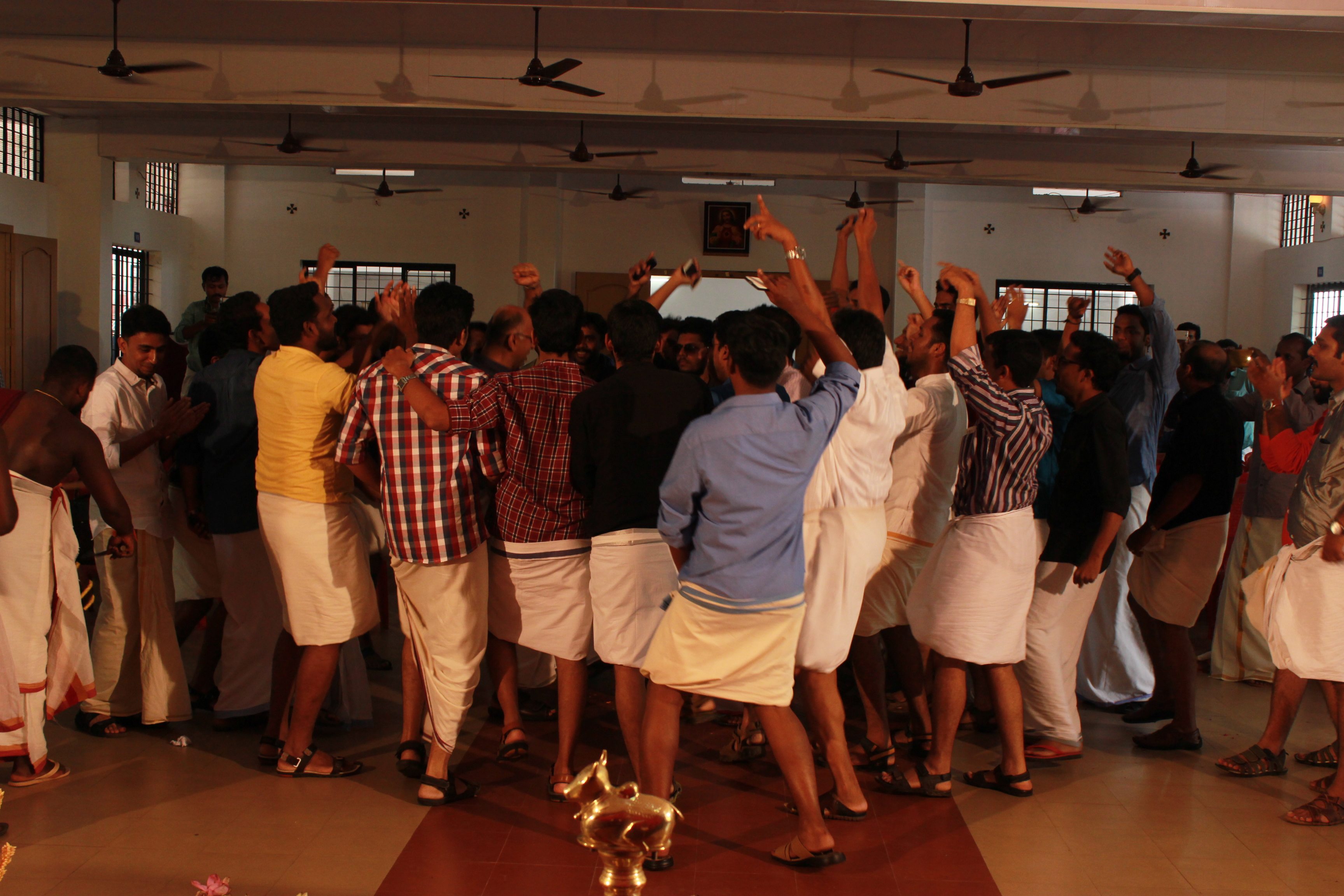 Of course, the day has to end with the entire Suyati family coming together for one BIG photo. This one is definitely for the album!

Salesforce for Manufacturing – the boost your business needs