The Role of Big Data in Smart Cities 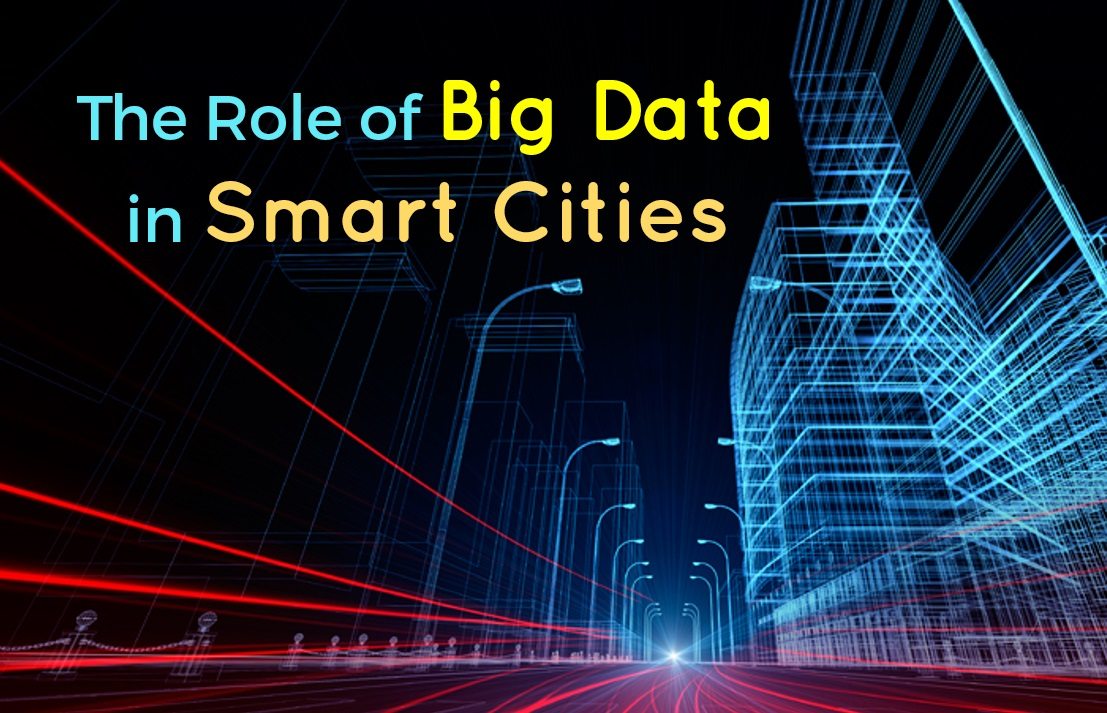 It’s the age of getting smart or smarter. Technology has been seeping into every sphere of our lives in the past few years. After our phones and televisions have gotten smarter, it’s time to envisage our cities to become smarter. Big Data and the Internet of Things (IoT) have a significant role to play in making our lives simpler by inter-connecting our scattered digital footprints to create an efficient and cohesive habitable unit for us. While the idea of a smart city has been floating around for some time now, its successful implementation needs to counter and conquer many roadblocks.

So, what is a smart city capable of?
If you’re in a smart city, you should be able to manoeuvre around the city without getting stuck in a traffic congested area, have access to energy-saving resources, breathe in clean and fresh air, and never remain a victim of water shortage or power outages.  While this sounds incredibly utopian to be true, there are a few cities that are turning this dream into a reality. Glasgow in UK and Songdo in South Korea are a few examples of how smart cities can be our future.
Songdo is built on reclaimed land, 40% of which is slated to be green lung areas. With Cisco ensuring a fibre optic broadband coverage for every part of the entire city, it is on the verge of becoming the world’s first smart city by the end of 2015.
The residents of Songdo will never have to wait for public transport unsure of whether it would arrive on time or ever get stuck in a traffic-congested area. They would be able to track the availability of the transport and its status in real-time through their smart devices. Similarly with the help of RFID tags in-built into vehicles, the traffic in a particular area can be monitored (and regulated) by a central unit and they can send out information back to the citizens via alerts and keep them off congested areas.
Songdo promises a more secure life for the Gen Y. By wearing sensor-enabled bracelets that can track their movements, the little ones can move about freely in public areas without the fear of getting lost.
Resources like electricity will be optimized by using energy-saving equipment and techniques. Smart grids will be used to sense the density of population around particular areas at any given time and control the street lights accordingly. For example, the lights will shine brighter when someone approaches the area and dim off when there is no one around.
The residents will no longer have to wait for the garbage collection trucks. Every house will have a disposal unit that will generate data through sensor chips built into the containers. The garbage will get “sucked” from these units to eco-friendly waste treatment centers.
What else can Big Data do?
Songdo leads the way in establishing that Big Data and the Internet of Things are the fundamentals of creating a connected city. There’s data everywhere due to the presence of smart devices. Cars come with in-built GPS and the usage of smart devices by individuals in only on the upward swing.
The sensors attached to everyday objects, permanent fixtures or furniture around a city can receive and transmit data, track the presence of vehicular and people movement, and this data can be used to optimize energy, plan deliveries, and have a regulated movement around the city.
Routes and roads can be made safer for pedestrians and a more eco-friendly manner of commute by way of walk or cycle can be established and encouraged.
Parking woes can be easily resolved if the driver is alerted about free and available parking areas within his vicinity in real-time. Similarly, traffic from a congested area can be diverted well in time to alternate routes by mapping the areas around a particular region.
Bristol is working on having a wireless network that will consume less energy than the present form of Wi-Fi. This will mean that your mobile devices or other smart devices can enjoy a longer battery life even when on the move.
Crime rate can be brought down with the extensive use of CCTV network as planned in Glasgow.
What are the challenges?
As with any revolutionary concept, there are a lot of roadblocks or challenges that need to be overcome to have a smart city become a reachable and sustainable option for all.
Experts fear that this is a non-inclusive idea and will alienate the have-nots from the system as it is targeted towards the upwardly mobile class who understand and use technology. Data privacy is another issue that will need some serious consideration and addressing. When so much data is afloat then there is always the risk of being a vulnerable victim to data misuse and security threats.
The cost effectiveness is a major constraint for countries that are still on the threshold of development. Smart cities are definitely a huge drain on the finances, and when a country is still struggling to get its basic infrastructure in place, this might seem like a distant dream.
Our take
The potential of Big Data is far wider and deeper than is yet explored. However, in the rush to embrace the positives, one cannot, for a moment, ignore the pitfalls of technology. A smart city will no doubt raise the citizens to a much higher, cleaner and greener way of living, the challenges notwithstanding. The utopian dream needs small and sure steps to get closer to the bigger, idealistic society by taking care that nobody gets left out or short-changed in the bargain.
What do you think of the idea of a smart city and the role of Big Data? Do let us know in the comments section.

Attitudes are contagious, are yours worth catching?