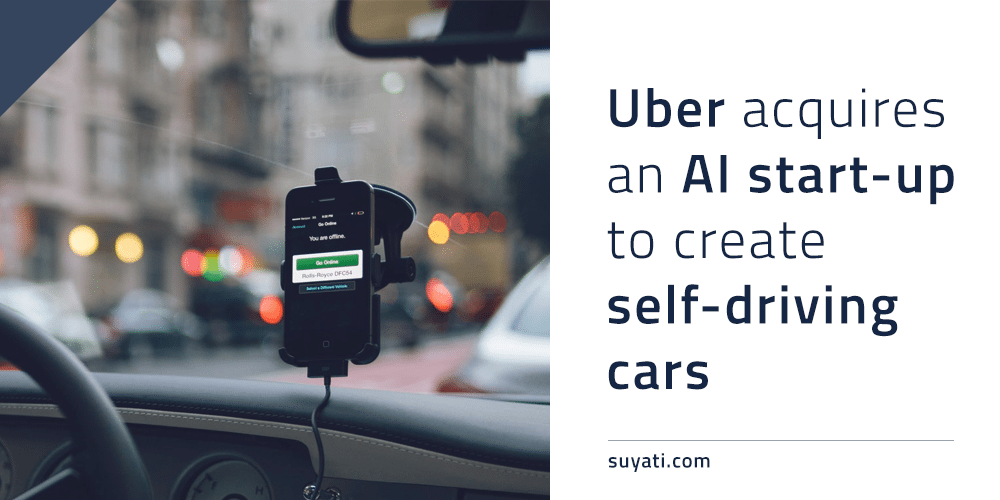 Uber, estimated to be worth around $60 to $70 billion, has acquired Geometric Intelligence, a New York-based artificial intelligence start-up to speed up its progress in creating self-driving cars.

Currently, Uber drivers drive the cars made by Volvo. But in the near future the aim is to remove the need for a human altogether. Uber imagines a world of automated cars that can take people safely, traffic-free on longer commutes at 75 or 150 mph. In the near term, that means the new AI team will be improving on the company’s ability to predict when and where cars may be needed, drawing in data from various factors such as weather forecasts.

Improving traffic predictions and working towards a future of flying cars is part of Uber’s ambitious ideas. Uber looks forward to becoming a far more efficient transport company. They plan to accelerate the roll-out of Uber’s self-driving car fleet, which is already being tested on roads in Pittsburgh and San Francisco.

The focus of GI’s research has been on how AI systems can do object or scenario recognition using far smaller sets of data than are normally required. Uber on the other hand is looking at how to make systems smarter with limited input.

Companies like Google have also been developing self-driving cars, with the hope that computers will be safer and without causing any accidents.

Does the Nexus 7 match up to the iPad?