An unforgettable Christmas at Suyati

Celebrations, big or small, are harbingers of happy moments. When they begin, they exhilarate, and as they come to a close, they leave behind beautiful memories to last us a lifetime. At Suyati, our celebrations are straight from the heart—they’re all about getting together, spreading joy, having fun and cherishing the good times for ever and more.
Our 2014 Christmas celebrations was one such day. On 23 December, Suyatians gathered at Lulu Cyber Park for a fun-filled evening of song and dance (and so much more).
Niranja and Liju were the hosts for the evening, and we had not one, but two Santas—Daniel and Aditya. The celebrations started with a bunch of Christmas songs by Ann and team. Our Santas led Mukund to the stage, where he hummed a few songs with the singers.  Next, he addressed Suyatians, wished us all a Merry Christmas and cut a cake.

This year Suyati gave a new perspective to the concept of Christmas friend. Muktha announced that instead of gifting each other on Christmas, Suyati will be embracing the real essence of giving. For this, Darul Huda, a home for children at Manancherry was identified and Suyatians were requested to donate provisions such as rice, and stationery among other essentials on the occasion of Christmas. The news was received with optimism and delight.
This was followed by an awesome dance performance by Jaseem, Sanal and Maneesh, with a very interesting guest appearance by Muktha. The guys rocked the dancefloor with their moves!

Next came a program that got everyone to sit up and…well, LAUGH! The Christmas Dress Up game was all about using newspapers to dress up one member of each team. There were eight teams in action and they were all given a limited number of papers and just 15 minutes to dress up their respective models. The excitement doubled with a hilarious ramp walk by the models. The best of the lot were Dama and Shamnad, with the latter’s team winning the game. 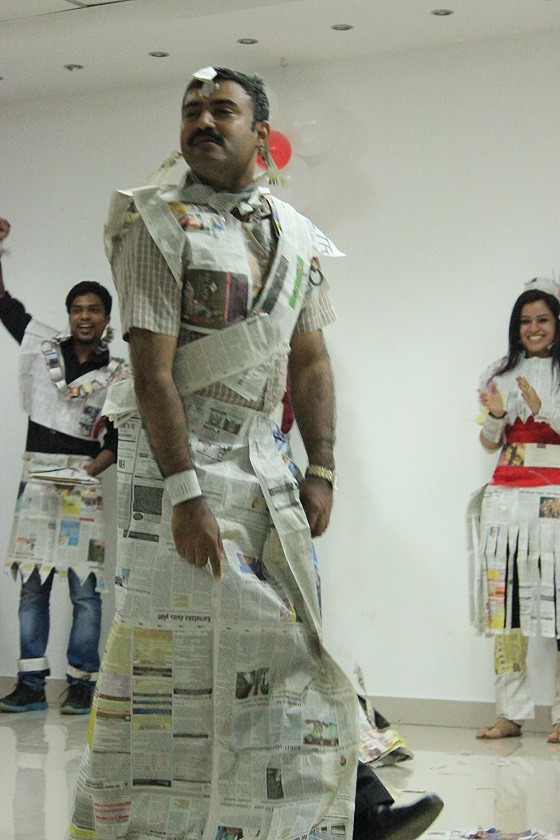 Thereafter, Amaljeet entertained everybody with a song, and this was followed by prize distribution for a variety of events such as the marathons. 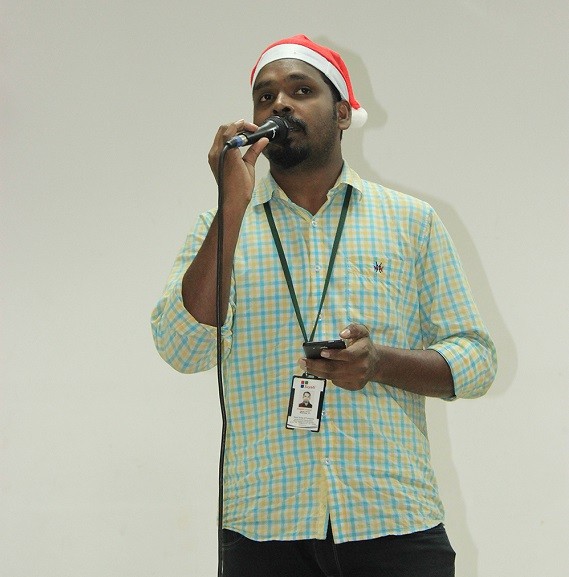 And finally, it was time for the most awaited program of the evening! For the first time ever in the history of Suyati we had DJs to rock the party. Suyatians hit the dancefloor and we even spotted some Suyatians go completely crazy on the floor.

There was vada pao to gorge on and every time the dancers needed a shot of energy, they lined up for some more food!
What a party it was. The music was loud and the spirits high. Suyatians are looking forward to more such amazing celebrations in 2015!

Should you opt for an open or closed source CMS?

Can you erase the cultural barriers to outsourcing? Or is...

Role of IoT in Road Safety