What can developers expect from Salesforce Lightning 2016 Release? 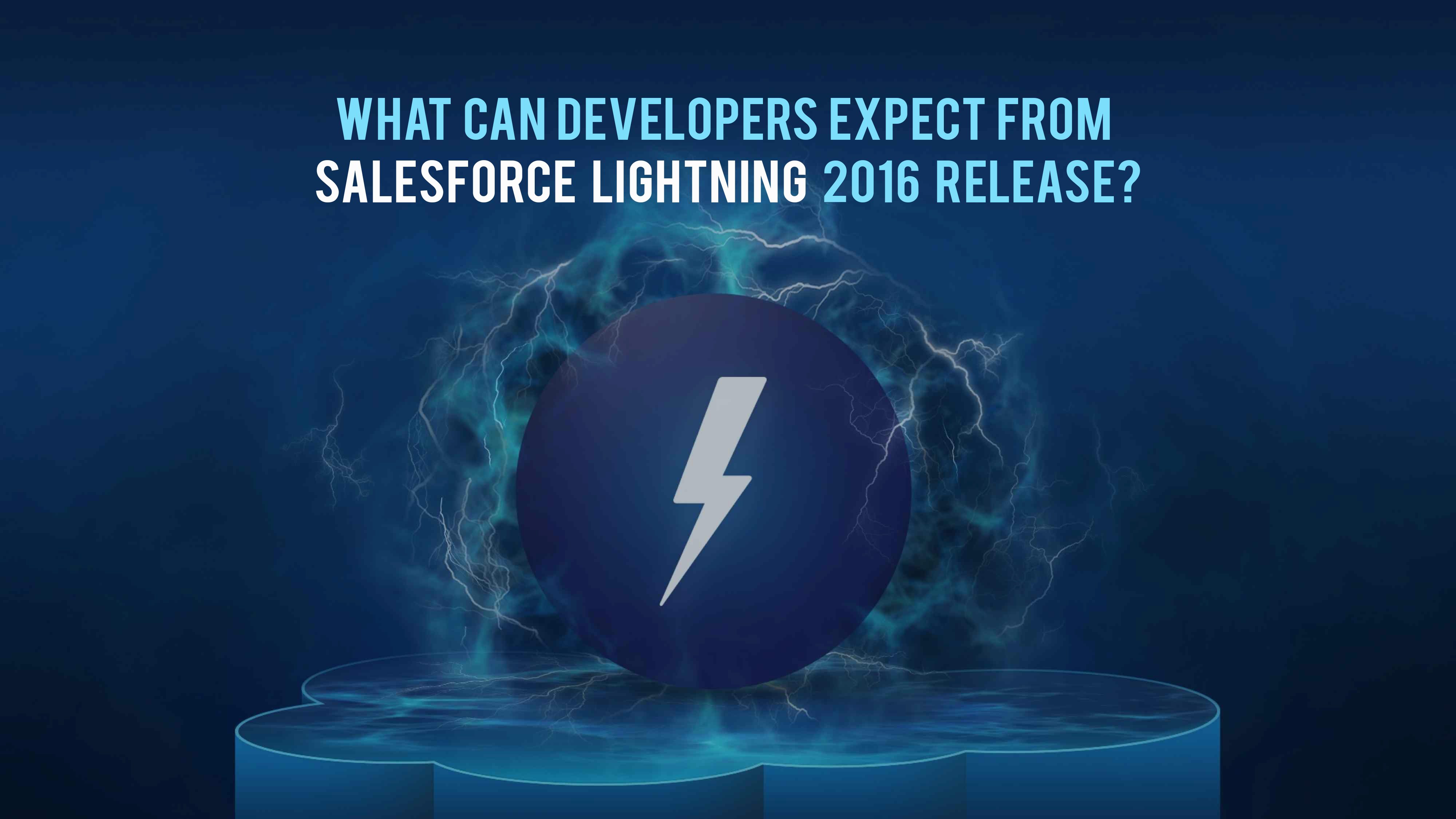 Salesforce began its journey in transforming cloud computing about 16 years ago under the leadership of Marc Benioff and Parker Harris. Covering over 48 product releases and hundreds of outstanding features, they have managed to build an empire of over thousands of satisfied customers. In September 2015, Salesforce announced the arrival of The Lightning Experience which is set to enter the market in October 2016. Salesforce Lightning consists of three dimensions introduced to resurrect the previous paths of CRM:

Lightning Experience
The inception and development of Lightning Experience has spanned over many years, starting with Salesforce1 Mobile App and its substratum, Lightning Framework. This provided the anatomy for transforming the realm of desktop computing. The seed for Lightning was found in the imaginative scenario of what Salesforce could have created if back in 1999, it had been equipped with the series of technology it has created today. Lightning was the answer to this.
The main idea of Lightning Experience was to improvise the fundamental core-sales features that sales teams utilize on a daily basis. The staple need for every sales group includes the need for tools which would make their work more productive and push their business to greater heights. So, Salesforce Lightning moved steps ahead in creating an efficient machine than simply an inventory of contact data.
New features in the Lightning Experience include:

The Setup Page where Admins spend a major amount of their time has been given a facelift with capacity for logical classification of all data. To the above four major features are over 50 Sales Cloud pages and 20 entirely refurbished qualities.


Lightning Design System
The Lightning Design System is an evolved kin of Enterprise UX. The developers can easily create apps which are compatible with the new Salesforce Lightning without reverse circuiting the user interface as customer CSS. Moreover, the new Design System mark-up will give you the sensation (look-n-feel) of Lightning without having to write any CSS. Developers will notice that the Design System is customized for tailoring Salesforce apps. Contrasted with other design systems like Twitter Bootstrap and Foundations, developers will find that the interface does not over-emphasize defaults like margins and paddings which are essential for marketing sheets. Thus, it will allow you to stipulate the precise layouts you desire while syncing with the Lightning UI. The Lightning Design System is continually updated and so long as the latest version of the structure is being used, the pages will stay compatible with the Salesforce UI modifications. The four aspects which make the Design System a treat for developers include the CSS framework, icons, font, and Design Tokens. The icons include PNG and SVG while typography forms an integral part of the product.

The Lightning Components are, as the Salesforce Developer forum mentions, “self-contained and reusable units of an app” built on open-source Aura structure. These building blocks range from single lines to the complete app. While the framework has in-built components, the developer can organize and set up components depending on needs of the app. The components are furnished to form HTML DOM elements in the browser. The developer is also equipped to build intricate UI components which are embedded with other components (like CSS, web-enabled codes, JavaScript, and HTML).  The Developer Console comes with options to create or optimize different Lightning tools: application, component, event, and interface. The sidebar on the console brings forth client-side assets which are included in the component sets: component, controller, helper, style, documentation, and renderer. The Lightning Components can be used for formulating standalone applications, for building Lightning Components for Salesforce1, for generating Point-n-Click Components for the Lightning App Builder and for personalizing Salesforce1 with the Pilot Lightning Extensions.
Do explore Salesforce Lightning and make the best out of it.
To know more about Suyati’s expertise in Salesforce, please send an email to services@suyati.com.

The impact of Color on Consumer Behavior

Role of Responsive Web Design in enhancing your business

Outsourcing: Enterprise Transformation – from a Contraction to a Growth...

SCRUM is not just a project lifecycle framework. It’s an...