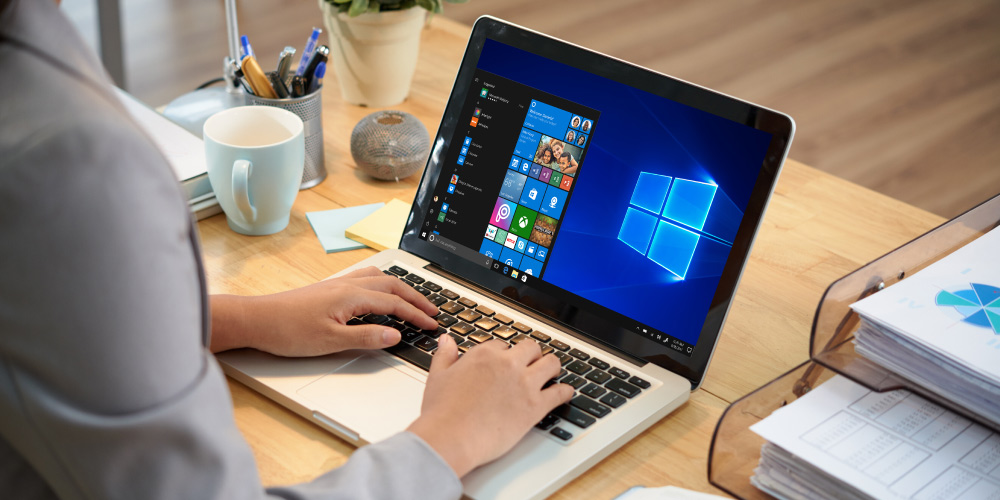 Suyati Technologies > Blog > What is new in the Windows 10 April 2018 Update?

Timeline feature is the main highlight of the April 2018 update. It is now possible to view the history of activities previously performed on the computer just below the current open application. The feature can be accessed by pressing the “Task View” button on your taskbar or Windows+Tab. The activities are categorized according to day as well as hour.

Since it is synced across devices, it makes it easy to resume activities even on a different device. Microsoft plans to extend this feature to mobile phones as well, though app providers will need to enable support to this feature for it to work.

Focus Assist, as the name suggests helps you stay focused in your work, keeping distractions like notifications at bay. It is now possible to turn off notifications for a particular time frame, and then catch up with everything including emails, social media notifications and other missed ones once you have completed your work. Microsoft also lets you filter the notifications that you wish to receive.

Nearby sharing and Bluetooth Pairing

Nearby sharing makes it possible to share documents, photos, and websites to nearby Windows 10 devices. This feature is pretty similar to Apple’s AirDrop feature, and time saving as compared to email sharing. Microsoft lets you set the devices from which sharing is permitted.

Microsoft has also added a quick way to pair to Bluetooth devices. It currently works with Microsoft’s Surface Precision mouse.

Microsoft has brought a lot of enhancements in Edge browser. It is now possible to mute as well as unmute loud websites. The e-reader has also been tweaked to go full screen for a better reading experience. It is also possible to pin books to the Start menu.

A grammar tool button has also been included.

Microsoft’s autofill tool simplifies shopping experience by storing address, payment and other information. The CVV number is however not stored for security purposes.

Some of the minor teaks include clutter free printing, and action center notifications.

With this feature, it is now possible to customize the input as well as output feature as per application.

The built-in Windows 10 Dictation tool can be accessed quickly by simply using the windows key + H keyboard shortcut, and it will let you dictate into any app.

An improved Cortana that connects with smart home devices, gaming changes and blurry app fixing, pinning up to 10 contacts in My People feature are some of the other top features in Windows 10 April 2018 update.

Say Goodbye to these features

Connect To feature, which suggests open hotspots in Windows WI FI setting has been removed in the April 2018 update. User will no longer be able to connect automatically to any open Wi-Fi networks.

HomeGroup feature, which enabled file sharing over a home network, has also been removed.

XPS Viewer is not installed by default with Windows 10 April Update.

The Groove plays only tracks that are stored in the device or OneDrive storage.

Microsoft has also stopped including unsaved contacts that are not saved for non-Microsoft accounts.

The Windows 10 April 2018 update was released on April 30th, but PC users had to upgrade manually. But, now the users will be automatically prompted to download Windows 10 update.

Blockchain in manufacturing: 5 avenues worth exploring

Top Seven Salesforce Implementation Challenges and How to...

Relevance of SMAC Stack Adoption in the Manufacturing Industry