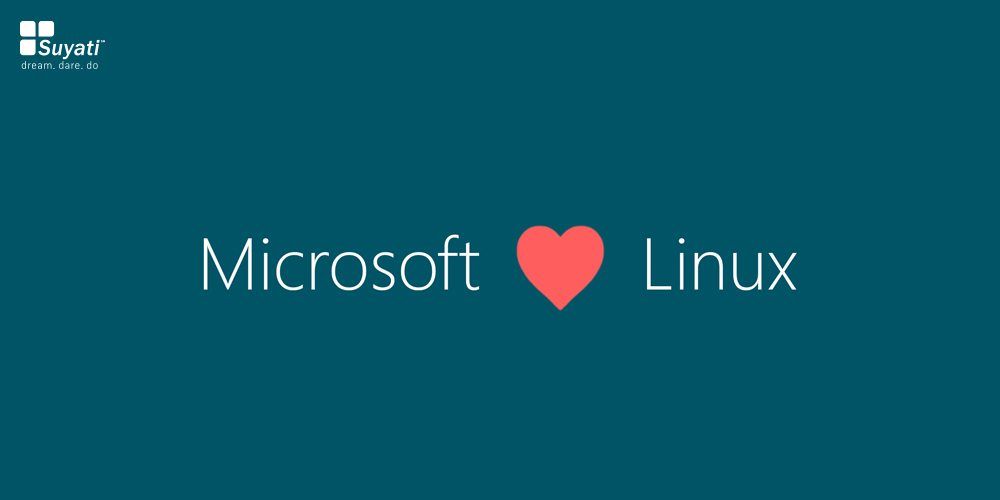 Microsoft has paid about $500,000 to Linux Foundation to be their platinum member. This move is in line with Microsoft’s strategy to be one of the biggest open source contributors in the world.

In the past, Microsoft has contributed to a number of Linux Foundation-managed projects like Node.js, OpenDaylight, the Open Container Initiative, the R Consortium and the Open API Initiative. Microsoft and Linux had come together for various projects in the recent past. They got together to build Canonical’s Ubuntu distribution into Windows 10, brought SQL Server to Linux, open-sourced core parts of its .NET platform and partnered with Red Hat, SUSE and others.

The operating system is helping to transform industries and has seen massive acceptance in almost every sector, including financial, government, education, and even film production. Linux is also the operating system of choice to support latest technologies such as the Internet of Things, cloud computing, and big data. Many cloud-enabled enterprises report using Linux as their primary cloud platform, and over 80% of smartphones run Android, which is based on the Linux kernel. Linux also supports world’s e-commerce leaders, including Amazon, Ebay, Paypal, Walmart, and so on.

The membership of The Linux Foundation includes companies that are leaders in the delivery and strategic use of open source technologies. They have hundreds of members, including Amazon, Cisco, eBay, Facebook, Google, HP, IBM, Intel, Microsoft, NEC, Oracle, and Red Hat.

Advantages of upgrading to SharePoint 2016

Missed Dreamforce’18? Read about the Key Takeaways from the event

The digital transformation trends that would dominate 2017

Market value of cloud services in India galloping to new...