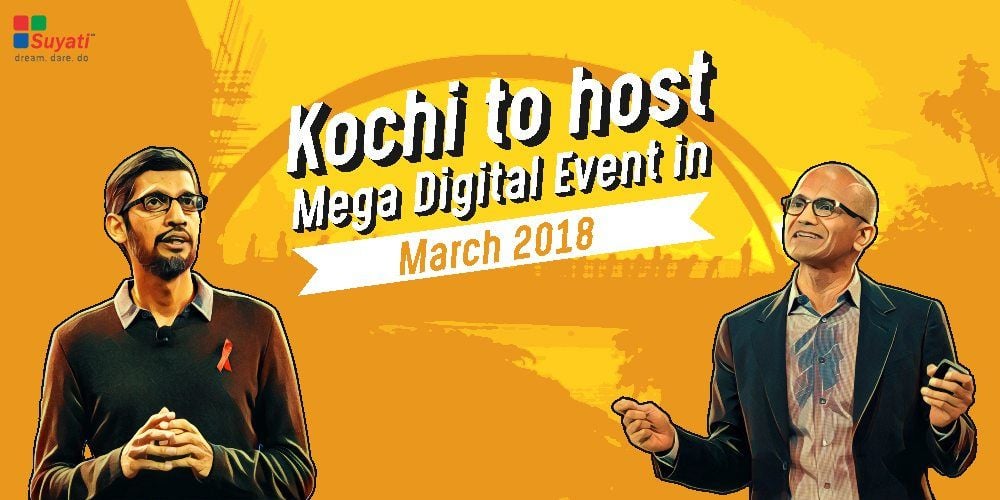 The Kerala Government is investing in leaps and bounds to rebrand God’s own country as the new global hotspot for investment in digital technology.

‘Towards a Digital Future’, a two-day global event will be held in Kochi on March 22nd and 23rd, 2018 at the Le Meridien Convention Centre. The Kerala government will be inviting 2 of the biggest names in Silicon Valley – Microsoft CEO – Satya Nadella and Google CEO – Sundar Pichai, as keynote speakers for the event.

The conference is expected to throw light on revolutionary digital technologies that are changing the lives of citizens and how the digital economy is creating new opportunities for businesses.  Nearly 2000 professionals, including entrepreneurs, academicians and researchers are expected to attend the conference. The event budget is roughly estimated to be Rs 10 to 15 crore.

This is a big next step for Kerala in laying the foundation for digital investments after it has managed to woe global IT interest into two of its prized IT possessions – Technopark Trivandrum and Infopark Kochi. Also it will bring notable attention to other major IT destinations in the state such as Technocity and Smart City.

How to plan for a Salesforce server switch

Top 9 NPM Packages for Developers in 2020

What’s rolling out from Microsoft Dynamics 365 in...

9 Ways to Strike the Right Balance Between...

Deliver a New World of Retail Experiences with...

Why should you send in your resume to Suyati Technologies?

Suyati Futsal Gets Off the Ground