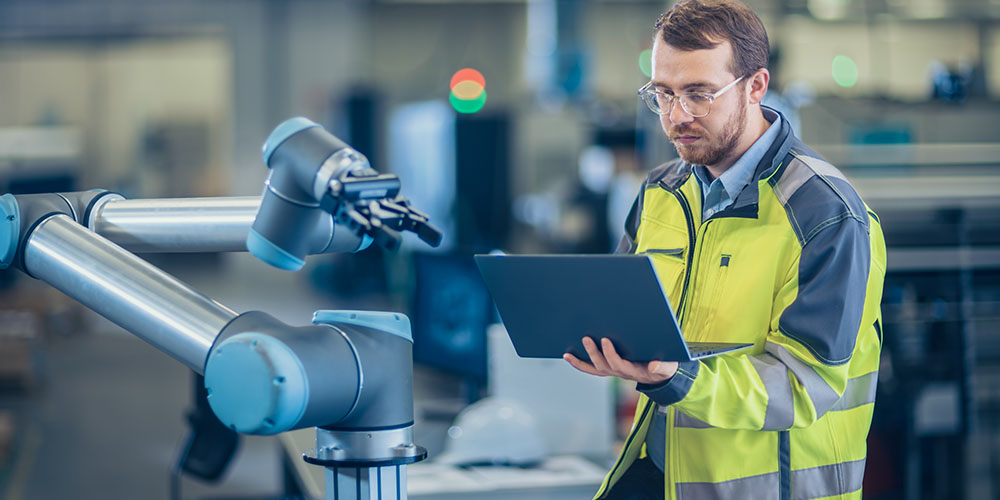 How Low-code Automation Development can augment your Business Profitability

Introduction about programming in the past and present

If you were a programmer in the 1980s, you would have been writing programs using hand-tuned assembly language programs. That’s how the early versions of programming languages were — long, complicated, and required compiler programs to make them understandable by machines. Programming was restricted to the exclusive access, understanding, and even application of a handful of math and computer experts.

However, change spares no profession. The latest breed of computer programs is not handwritten. A sizable portion of them is automated for the programmer’s convenience. Also, programming is no longer the long daunting ordeal it used to be.

Thanks to low-code programming it has become easier for almost anyone to build and launch applications.

As the name indicates, low-code programming is a software development approach where the programmer can create applications using minimal count of codes for automating business processes. In low-code programming, the software developer uses graphical user interfaces, visual components, or drag-and-drop components for developing the application. These interfaces or components are commonly used coding snippets which can be contained within the visual element for easier use and retrieval.

In the programming space, the length of the code has always been a topic of debate. A shorter, simpler, and effective code can do the work faster and better than a lengthy code. This is primarily because fewer computing resources are required to process the code.

However, creating an effective program with a minimum number of code required programming expertise which is still beyond the reach of a casual technology user. It is this void that low-code programming can solve. In the process, it can also help businesses build applications quicker and augment their business profitability.

Any technology can be a tool of transformation only if it can be accessed and used by the masses. Low-code application is democratizing programming for the larger masses by eliminating the technical complexity that made it an unfeasible offering for laymen.

The use of graphical user interfaces

Traditionally, programming has been done with the help of long lines of codes compiled using programming languages. With low-code programming, there is no need for text-based code. Graphical user interfaces like a mouse cursor, joysticks, or even touch controls can be used for developing applications for the web and mobile.

Low-code programming offers readymade components that can be easily integrated by a simple drag-and-drop mechanism. These components are pre-written codes compiled in the form of components which makes it easy for anyone with a limited programming language to build applications quickly and without logical errors.

Anybody with elementary computer knowledge can create applications

Low-code programming creates an easy gateway for anyone who wants to become a programmer. It doesn’t demand the programmer to have deep technical expertise or programming background to develop an application. Anybody with elementary computer knowledge can leverage low-code development to their advantage.

The gold rush to build mobile and web apps

SEE : Intelligent Process Automation: The next wave of RPA

From banking to retail and even healthcare, most of the businesses you interact with daily are software companies. They build, run and manage software applications for specific industries. Software application development happens at a grand scale across all organizations. Unfortunately, the scale of operations also poses several challenges for these enterprises.

Low-code automation development can solve most of these obstacles and help businesses improve their profitability and provide:.

Application development in a traditional business setup costs a fortune. The business can either set up an in-house team consisting of software developers, QA professionals, and program managers to develop the application. Alternatively, it can outsource the project to an IT vendor who has proven expertise. Either way, it costs a lot to put the application development process in place.

If the in-house route is opted for, there are initial costs to be incurred like recruiting, training and onboarding, acquiring and installing IT equipment, and so on. Also, highly skilled and experienced software developers would demand a premium salary which can add to the total cost of application development.

With low-code application development, the need to hire highly skilled or experienced software developers is removed. Also, it requires minimal training since the graphical user interface and visual component-based programming are easier than traditional programming. The result is tangible business costs that can be measured and attributed to application development.

In a traditional application development scenario, users had to submit tickets or raise tickets for minor changes to the workflows. The dependency on the development team caused productivity to suffer. Also, it was not easy for non-technical teams like sales and marketing teams to set up customized workflows that will maximize the utility of the application.

In a way, low-code automation development can bridge the gap between two sets of users: the ones who code and the ones who write emails. From the development team perspective, this is extremely beneficial since it significantly reduces the volume of low-priority tasks. It also helps reduce the need to hire more developers to handle frequent tasks. The existing programming talent can be used for high-priority tasks that can help the organization in the bigger digital transformation strategy.

One of the reasons why programming has become a serious function in recent years is the need for ensuring compliance while designing and developing applications. Users, as well as governmental agencies, have become increasingly aware of the risks of using applications that invade data privacy and integrity. They want to use only such applications that have zero security compromises, do not violate security compliances like GDPR or HIPAA, and provide a safe and secure environment for users.

For an amateur software developer, this could be a daunting task as their knowledge about security compliances and their role in application development could be minimal. Low-code automation development ensures that the readymade templates and components are already in compliance with security measures. Also, all applicable best practices are followed while creating these ready-to-use components. As a result, the completed applications are also completely compliant even if they are developed by a layman.

As mentioned earlier, one of the biggest challenges for big and small businesses alike is organizational ability. The organization might have ambitious plans to digitize its operations in the short-term. However, the available technical resources for development and deployment may not be able to deliver at the expected pace.

With low-code automation, it is possible to shift some of the tasks to non-technical personnel. This will help accelerate the pace at which existing applications are refined or new applications are launched.

For example, in a manufacturing scenario, the supply chain system might need some tweaking to incorporate a new route. In a traditional development scenario, this would require the involvement of development teams who will tweak the code in the backend to reflect the new workflow. However, the time taken for the same could be long, causing severe delays for the dependent teams. If low-code automation is used in such scenarios, non-technical personnel who are using the supply chain system regularly can easily make the changes and implement them for ready use.

In a traditional scenario, the time taken for building a mobile app is about two to three months. Again, this is for a mobile app that is devoid of all the frills and technical complications that high-end mobile apps boast of.

At this scale of development and deployment, it is difficult to scale the operations. If the organization has to launch 3 apps for different geographies and different purposes, it will be close to a year for all the apps to reach the market. This is a serious disadvantage if the business is operating in a highly competitive market scenario.

Low-code applications, on the other hand, enable enterprises to build apps at scale without investing too much time writing elaborate codes. The fact that there are ready-made templates to use also simplifies the development process. It can help the business reach the market faster.

This is the era of omnichannel experiences. Users expect their applications to work seamlessly across web, mobile, and in-store interfaces. Can an organization stuck in the previous generation of software development practice deliver a multi-channel user experience for such users?

Separate teams may have to be created for building applications for each channel. If their collaboration is not seamless, it could hamper the overall user experience that a customer could get from the business.

If applications for all the channels can be designed and developed using a single source of code, it helps maintain consistency in user experience. This is exactly what low-code automation development is offering at scale. It allows replicating the same code and workflows across multiple channels without demanding a prolonged development duration or hard-to-find technical resources.

Here are some low-code application development platforms existing in the market today that prove the viability of low-code development.

Shopify is an eCommerce platform that allows anyone from mom-and-pop store owners to enterprises to create their online store without spending time on writing code. There are over 5300 Shopify Plus stores currently. Shopify allows users to build an online store, sell their products online, and also process payments seamlessly — all without having to write a single line of code.

Design is not everyone’s cup of tea. In fact, for most users designing a simple flyer to announce a corporate event using Adobe Photoshop or Illustrator could be a daunting task. Canva is an online web design software that allows anyone to design stunning designs even if they do not have a design and technical background. The tool also offers advanced image editing capabilities that otherwise would require a significant amount of expertise and experience.

Building a website or a single web page is perhaps the most common task for which one needs programming expertise. Most often, businesses and individuals rely on web developers and designers to create and launch their websites. This could be a time-consuming affair and the results are not always close to expectations. Carrd is an online platform that allows users to build simple and responsive single-page web pages for pretty much anything. From lead magnets to sign-up forms, or even a portfolio page, Carrd has become the tool for most users to build their web page without bothering about writing code.

Low-code automation development is the future for enterprise application development. It will empower non-technical users to build and launch applications that otherwise would require heavy technical expertise. With low-code, businesses can easily automate business processes with pre-built visual components and graphical user interfaces.

Top Seven Salesforce Implementation Challenges and How to Resolve It

Co-create Solutions: Ways to Drive Value to Your Business

Sitecore Commerce 8.1: What is in store for you?