Suyati Technologies > Blog > E3 Event: Are you game for it?

E3 Event: Are you game for it? 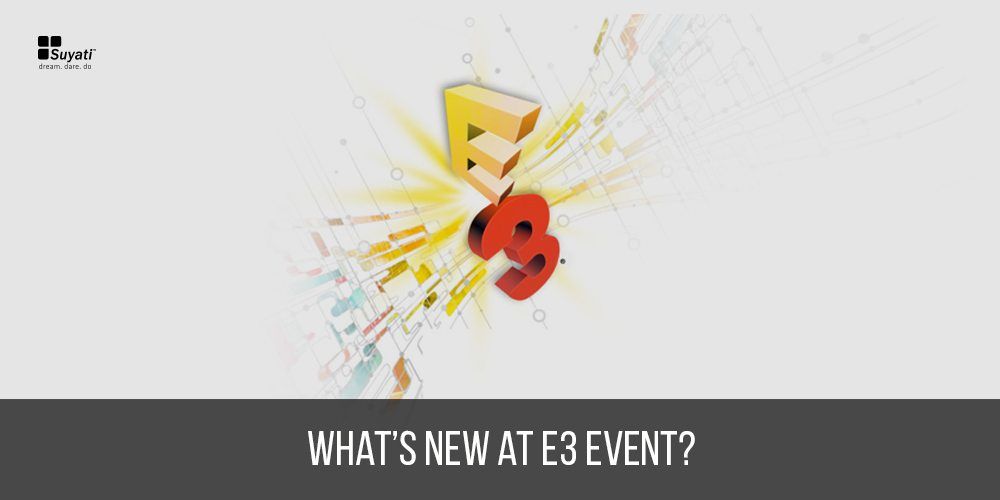 Electronic Entertainment Expo 2017 is being held at Los Angles from 13-15 June, 2017. All major publishers including Sony, Microsoft, Nintendo, and others have announced their latest hardware updates and the most awaited games.

Microsoft unveiled its newest console, Xbox One X, formerly code named Project Scorpio. An air of speculation surrounded Microsoft, when it filed a trademark application for Direct Reality earlier this month. The officials confirmed this news. Microsoft HoloLens is the world’s first self-contained holographic computer running Windows 10, and Direct Reality will be an online computer software for holographic applications and software as a service. It will be built into a headset that lets a user see, hear, and interact with high-definition holograms within home or office.

The most vital announcement from Sony is that Monster Hunter is coming to PS4. The long-awaited Bioware sci-fi IP has been revealed as Anthem, and Ubisoft is getting big franchises like Far Cry, Beyond Good and Evil 2 and Assassin’s Creed this year.

For die-hard Nintendo fans, Nintendo Switch has a handful of tempting exclusive features and an innovative design. Priced at £300, it stands apart from PS4 and Xbox One. It is a technically fascinating console thatcan double as both portable and home console.

According to DFC Intelligence, the gaming industry is expected to hit the $100 billion just for software alone by 2018. The mobile game market accounts for 30 percent of total game software revenue. With the rise of mobile, the gaming market is set to grow to $29 billion in 2018. A lot of PC gaming happens on valve Software’s Steam platform, which has over 125 million active users and takes a 30 per cent revenue from the games it hosts.

6 reasons why SharePoint is good for your business

CRM and ERP – Know the Difference

Top 5 reasons to upgrade to Salesforce Lightning for better...