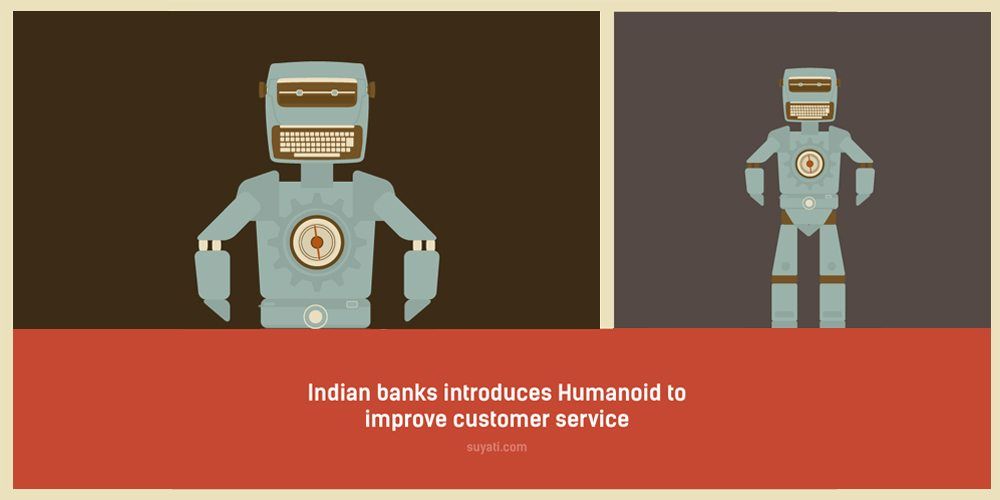 According to HDFC, India’s second largest private bank, by March 2016, 71 per cent of its customers have moved to digital banking. In line with the bank’s idea to improve the digital process, HDFC Bank has forayed into the use of chatbots, and now robots to assist customers.

These robots are basically computer programs powered by AI, which can imitate conversations like a human, for help with transactions such as recharge, bill payment and so on. Expansion plans will be decided after seeing the response from customers. The bank is inviting ideas from start-ups interested in IoT, AI, Virtual Reality, and rural fintech.

Since last year, the bank has been working on a project on Artifical Intelligence (AI) to improve its customer service. To reach these methods to drive growth in rural areas, they are open to partnering with financial technology entities working in these places. Several other banks are also now getting into the use of AI or software robotics.

City Union Bank has put a humanoid in its Chennai branch to improve its automation processes. ICICI Bank depends on AI to perform tasks such as generating customer IDs, updating customer details, and resolving automated queries.

Another technology that is catching up is blockchain, for use cases such as document management, KYC (know-your-customer), transaction processing, and for creating a transparent ledger system. Axis Bank and YES Bank have started using this technology. However, Nitin Chugh, Country Head, Digital banking for HDFC Bank thinks it is too early to introduce this technology in India.

How to choose the right startup incubator

How to effectively engage with online customers