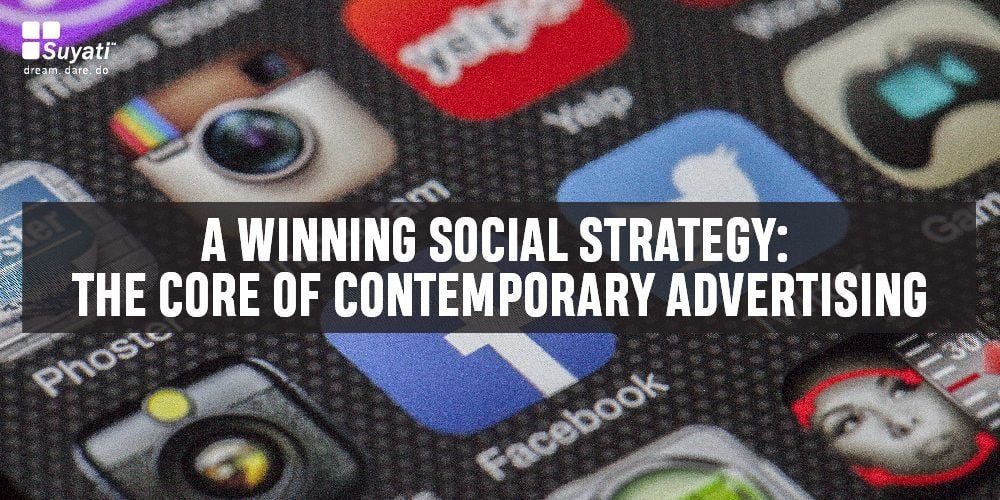 5 ways to make your social media strategy a hit

With social media gaining ground as the ultimate marketing tool, there is more reason to believe that it is an impact-driven resource to drive advertising goals. Especially with the onset of digital, the traditional methods of advertising seem to be losing their sheen, and businesses are looking to harness the power of social media positively.

Marketers have been mostly dependent on market research to identify where to spend their advertising dollars. But with the number of worldwide social media users projected to grow from 2.1 billion in 2016 to 2.5 billion in 2018, it has become imperative for businesses to leverage social media to understand and gauge consumer behavior. No wonder then that in the last few years, research organizations have begun providing data on how people behave on social networks.

Let us explore a few ways in which social media strategists could tap the power of social media to make successful business strategies that makes a lasting impact in the digital world.

Know the pulse of your audience

A successful social-media strategy typically centers around targeting the right people with the right messages. To do this, marketers need to understand their audience. It is therefore very important to align marketing goals with social media metrics efficiently. For instance, let’s say you are looking at audience profiles from social websites to identify the niche audience for a retail marketing campaign.  In this instance, your primary motive is to get to learn the interests of your audience and thereby set the tone for your campaign. However, if you primarily intend to create a following, your metric should include subscribers and followers on your social channels such as Facebook and Twitter. More particularly, if you are looking to generate revenue, your metric should be along the lines of calculating every single dollar a social post generates. Determine your target market and create a user persona based on age, gender, location, education level, income and so on. Better still, adopt a storytelling approach and narrate the story in a manner and language that your audiences understand best.

In 2015, Facebook influenced the online and offline purchases of 52% of consumers, up from 36% in 2014. This speaks volumes of how social media is capable of creating a lasting impact on consumer behavior. People view Twitter and Facebook as social networks, not marketing machines. Considering this, it is a given that they are less likely to see what you post as an advertisement and will be more likely to hear what you have to say. This directly translates to increased web traffic since visitors to your site are likely to market your posts by sharing it on social media channels, which in turn leads to more followers.

Facebook captures 14.6% of Internet users’ time compared to a combined 2% for all other social networking sites. Identifying the right channel for every precise purpose is equally an important factor in generating consumer feedback. For instance, while Pinterest may be a good choice if fashion is the area you are dealing with, Linkedin is your go-to channel for B2B sales.

A classic example of a successful multi-channel approach is how Taco Bell’s pre-order campaign of 2016 harnessed the combined potential of Snapchat, Twitter and television in a single strategy to reach more people and attract different audiences. Similarly, find ways to use your social media profiles together, instead of treating them as separate entities.

Read: The Role of IoT in Digital Marketing

Use the power of video

The availability of long-form online video content vendors such as Netflix and Hulu have led to an increase in how long users watch a video – from 5 minutes to almost 6 minutes. This provides a good opportunity to tap video as a successful digital strategy in social media. Edutainment videos, particularly, are making waves and creating a lasting impact on consumer behavior. With its short video recipes hosted on Buzz Feed Tasty, Buzz Feed used the power of YouTube and managed to create bite sized pieces vidoes that could be used on other platforms in a viable manner. Buzz Feed cut out the talking, prep work and other pieces commonly used in recipe videos and just included the critical parts of the videos.

Questions are a good method of creating engaging content; and work particularly well on platforms such as Facebook. They bring a new perspective on what consumers feel about a particular product, service or idea. Quite suitably called fan engagement questions, they seek to tap into the interests and lifestyles of consumers, particularly the followers. Questions are also a useful source of generating conversations and engaging with possible leads who are interested in buying a product. For instance, in 2014, MTV used its social media channel, Vine to create a database of FAQs with audience-sourced questions.

Swear by the power of analytics

Traditional marketing has been particularly lacking in calculating the exact amount of ROI for a particular marketing strategy. Considering the challenge involved in figuring out the exact amount of ROI, social media analytical tools offer a wider perspective of the entire set of processes involved. Besides showing progress on how audiences are responding or how many fans you have garnered over a period of time, certain analytics programs allow for consistent tracking in terms of identifying the number of contacts your social media efforts have brought in. In fact, with tools like HubSpot, you can also go as far as identifying the platform that has been helpful in generating a lead. This facilitates easy measurement of what social media outputs are giving you the best ROI.

Do send your feedback on this blog to services@suyati.com

A Comparison of the Top Four Machine Learning Platforms

Open Source Software: Why is it too good to ignore?