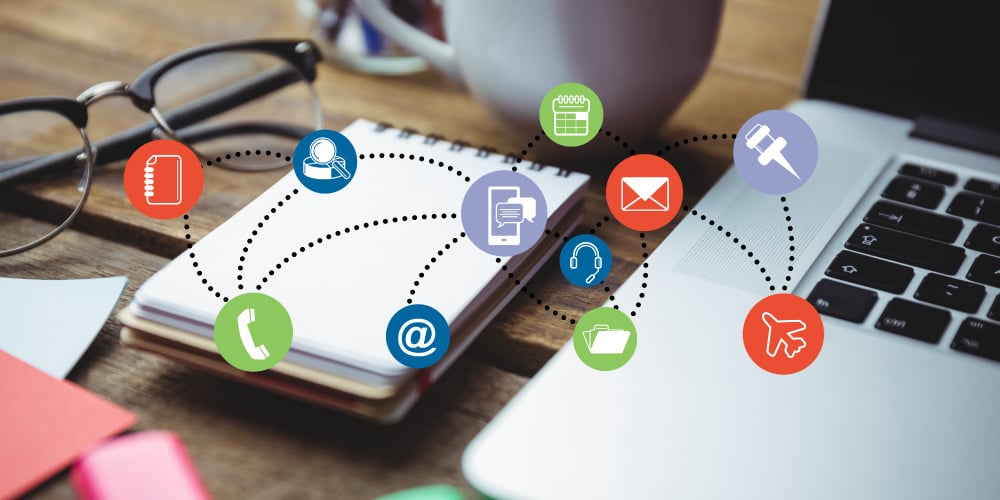 When to choose cloud apps or native apps for your business

Netflix mobile app users have a new reason to rejoice. The popular app can now automatically delete watched episodes and upload the next in a series! So, all you need is a Wi-Fi connection to bid adieu to the hassles of manual downloads and managing on-device storage.

It’s easy to see why the US-based online streaming giant –with 125 million subscribers worldwide and a net income of $290 million in its latest quarter – is on a roll. Over the last couple of years, the company has been consistently introducing new, differentiated and value-added experiences for its customers. And its ever-evolving app is only an extension of that endeavor.

According to research by ComScore, a cross-platform measurement company, users spend 87 per cent of their mobile time on apps. Younger users, in the age group of 18-24 years, spend more than three hours on apps per day. In other words, businesses can no longer afford to ignore the importance of mobile apps. From better return on investment (ROI) and brand visibility, to enhanced customer engagement and swift customer support, apps help enterprises scale new heights, provided they have robust strategies in place.

The first step is to make some critical choices – native app or mobile cloud app? Before we answer that, let’s look at what each of the option entails.

Making sense of the two

Simply put, an app that is specifically developed for a particular mobile device and customized for an operating system is called a native app. A mobile cloud app, on the other hand, is internet-enabled, resides in the cloud, and is accessible only through the mobile device’s browser.

While a native app is installed on a mobile device, with separate versions for each device, mobile cloud apps don’t have to be downloaded and installed on the device. They are accessed through web browsers, and internet connection is essential as they run on external servers. The biggest difference, arguably, is that they are targeted for multiple mobile devices, unlike native apps that are designed for a single device.

Most of the apps for gaming and reading on tablets and smartphones are native. Think Pokemon Go and Gmail. Popular examples of cloud apps include Twitter and Instagram.

Enterprises need to evaluate the pros and cons of cloud apps versus native apps in order to make an informed choice that aligns with the goals and aspirations of business as well as customer needs. Here are the top 10 points to consider:

User experience: Native apps fare much better because they offer users a personalized and responsive experience, with better animations and graphics. They also have the ability to access the processing power of the device, unlike mobile cloud apps.

Flexibility: Mobile cloud apps can be used anywhere and on any device, offering more flexibility and freedom. Native apps aren’t portable. The one built for Android will only work for Android phones and tablets, while the iOS version will work for the iPhone and iPad.

Functionality: Native apps, typically, work faster and are more efficient, as they are optimized for the device.

Time & money: It’s quicker and more cost-effective (up to 70 per cent, in some cases) to develop a mobile cloud app than a native one. Maintenance is also low-key, unlike native apps that are high on maintenance.

Security: Developing a native app and deploying it with cross-platform tools is the most secure option. Worldwide, businesses such as banking and mobile wallets use native apps for secure execution of financial transactions. However, native apps also raise concerns vis-à-vis theft or loss of devices, especially due to the easy portability of devices.

Phone memory: Mobile cloud apps do not eat into the users’ phone memory. They work right from the web, unlike native apps that need to contest for precious space on the device.

Shareability: You can easily share the app itself or content within it, with mobile cloud apps. It’s not that simple with native apps.

Device integration: Native apps are totally compatible with the device’s hardware and other features – camera, GPS, microphone, etc. – unlike mobile cloud apps that are accessed through a web browser.

Monetization: It’s easier to monetize apps by way of advertisements, membership fees and the like with mobile cloud apps than native apps. However, you need to set up your own payment system, unlike in the case of native apps wherein the app store takes care of the revenue and commissions.

Related: What are the Challenges in developing frameworks for Smart Mobile Apps?

Finally, the choice between native apps and cloud apps boils down to one question: What is the purpose of the app? Say, it’s for internal business use and there are several devices to support, a mobile cloud app is certainly the better choice. However, if the purpose is to sell products, going the native way may be more viable. At a basic level, the choice is between organizational ease of use and user satisfaction.

For enterprises that embrace a ‘bring your own device’ (BYOD) strategy, cross-platform compatibility is essential. Naturally, mobile cloud apps are a better alternative. However, for businesses that need apps with access to various on-device features, native apps are more preferable.

Those looking for an improved version of mobile apps with better functionality – the ability to send push notifications or work offline, for instance – can consider progressive web apps (PWA). Their biggest drawback is that they work only on Google Chrome, which is not always a problem, as proven by the success of Flipkart’s PWA called Flipkart-Lite.

It’s not an easy choice. An increasing number of organizations are, in fact, developing both native and cloud apps, so as to make the best of both worlds. However, not every business can afford such luxuries. A more cost-effective alternative is a hybrid app that brings together the benefits of a website and a native app on cross-functional platforms (Web, Android, and iOS). The user experience is unlikely to be as amazing as the native one, although it’s a great way to reduce costs and ease the path to monetization. Uber is a fine example of getting the hybrid app right.

So, back to the original question: Which is the better app – native or cloud? The answer differs from organization to organization as well as circumstance to circumstance. The smart thing to do is to call in the experts. To chalk out the best app plan for you, connect with our app development team.

Build an Infrastructure of Personalized Buyer Journeys with MS Dynamics 365

Sitecore Cortex – A game changer for organizations and marketers

Catch More on your Investments with Mobile Responsive Sites