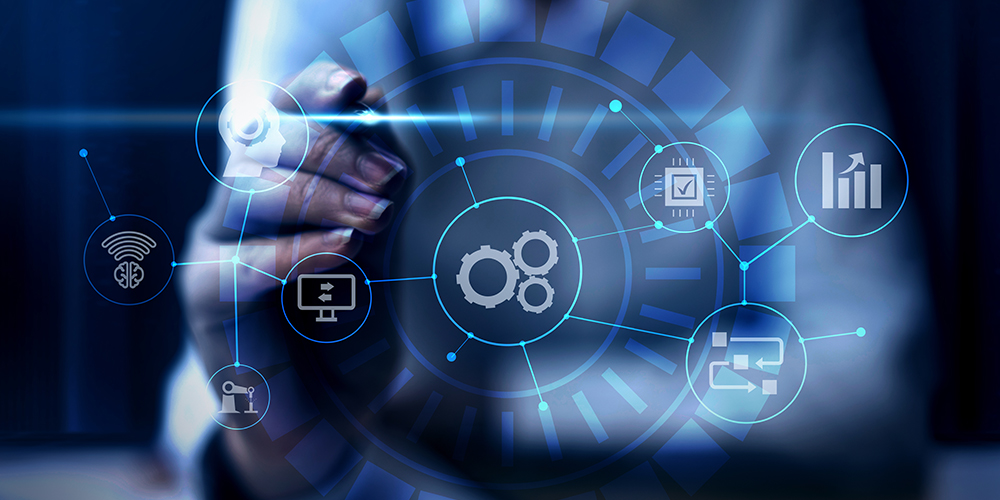 Suyati Technologies > Blog > How can Enterprises Benefit from DevOps?

DevOps activities usually occur in infinite loops, which is why the 4Cs of DevOps are Continuous Integration, Continuous Testing, Continuous Deployments, Continuous Monitoring. As a result, the team is in a continuous learning mode too, as they monitor, test, revise and integrate business processes.

According to DORA’s 2022 Accelerate State of Devops Report, a survey of more than 30,000 professionals across the globe, DevOps consistently reduces build time and lead time to change while increasing build frequency time (by nearly 36%).

Here are some of the significant benefits that DevOps brings to your enterprises.

Conventional SDLC process have huge lifecycles, unlike DevOps that has shorter life cycle, sometimes even less than a week. Continuous integration and delivery are of significant importance for reaching DevOps goals, as they result in small increments in delivery and rapid feedback cycles. DevOps and Agile work closely in order to achieve this. Agile governs the software development; DevOps focuses on pushing the code into PROD in quick time. Even though the two methodologies differ, they both go hand in hand and play a very significant role in software development life cycle.

Using DevOps, organizations can improve their release frequency by 150x, recovery times by 20x, and reduce change failure numbers by 3x, including 22% reduction in unplanned work and rework. The biggest benefit is happier customers and enhanced customer experiences.

The automated, continuous monitoring and testing of the code help improve the overall coding efforts. Teams are mandated to share their feedback with the rest of the team, ensuring that early detection and fixes happen in record time.

DevOps allows more time for innovating. This is a natural by-product of ironing out the processes and improved efficiencies. This gives time and space in the work schedule for enterprises to brainstorm and develop ideas.

DevOps lays the foundation to improve business agility by providing the much–need environment for multiple team members to collaborate, communicate, and integrate globally. The earlier process rules based on roles are getting eliminated while every team member, at the same time, become more accountable for meeting the quality and timelines of deliverables.

Monitoring, which is one of the key activities carried out in DevOps, helps in understanding circumstances that can lead to future failures and outages, thus mitigating, and sometimes even eliminating, business risks. Here the huge data is collected over the distributed application hosted in many locations and analysed. It can also be used to provide real time data for operations team, and in certain situations they can use this to stop downtime too. This is one of the significant benefits of DevOps.

When a full-fledged DevOps strategy is up and running, an organization will reduce the costs and increase its profitability. By automating release pipelines, DevOps not only gets to market faster but also reduces human intervention, thus cutting down some of the overhead expenses associated with deployments as well as downtime.

Infrastructure as code (IaC) uses DevOps methodology and versioning with an illustrative model to define and deploy infrastructure, such as networks, virtual machines, load balancers, and connection topologies. Just as the same source code always generates the same binary, an IaC model creates the same working environment every time it deploys.

IaC is a significant DevOps practice and an important piece of continuous delivery. With IaC, DevOps teams can collaborate together with a set of practices and tools to deliver applications and their supporting infrastructure rapidly and reliably at scale.

In American Airlines’ multiyear journey with DevOps, the important goal was getting the company to showcase value faster, said Maya Leibman, EVP and CIO at American Airlines, at the DevOps Enterprise Summit in 2020 October.

Snail pace development times were perceived as a bottleneck for enhancing company operations, and the IT organization faced difficulty to get buy-in from business owners.

“There were so many times when a business counterpart would bring something new to the table, a new idea, and they’d say ‘This is what we want to do, but it’s going to take IT like six months or a year to get it done,’” said Leibman. “Those experiences just killed me.”

What followed was a transformation that revamped internal processes and infused automation and training into how the company operates.

Leibman spoke about how transformation process in three stages:

In the road to introduce DevOps, early set backs included a lack of buy-in from the business side. Stakeholders initially were against the concept of a minimum viable product (MVP).

Vinay N is a DevOps technical architect with 16 years of experience in IT, including four years in DevOps and Automation in Cloud and on Prem. Prior to gaining in expertise in DevOps, he worked on various technologies such as Ruby on Rails, Data Base CSS 3, JavaScript, and Angular (Responsive Web Developer). He worked in the automation of pipelines in one of India’s leading enterprises and has experience with leading DevOps tools Git, GitHub, Gitlab, Chef, Ansible, Prometheus, Grafana.

How to generate PDF email attachment of SSRS...

How CIOs Leverage Technology to Focus on Customer Success

Financial Wellness: For those who need to sell their newspapers...

Is the court ruling against Samsung, the end of Android?