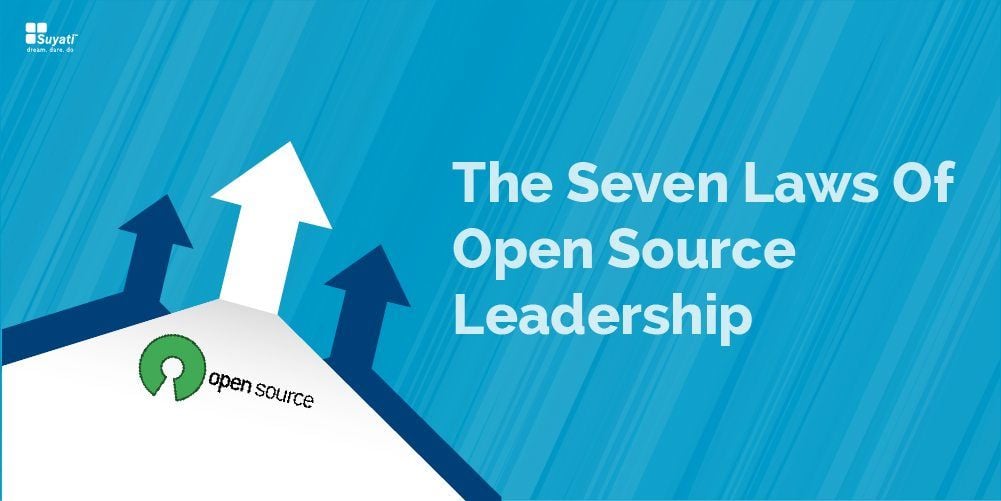 The open source revolution is more than throwing open source codes of software application development to all and sundry. It also signifies a change in the approach to leadership – from a model based on dominance, authority, and control, to a model of innovation, collaboration, and social connections. Here are seven top characteristics of Leadership 2.0, the new leadership approach in vogue for open source technologies.

Open source leaders are more figureheads, rather than conventional bosses. Be it Linus Torvalds, creator of the Linux kernel, or Jim Whitehurst, CEO of Red Hat, they are self-confessed geeks, and remain openly approachable to the users or community of which they are a part of. They derive their strength from their accomplishments for the sake of the community, rather than any position conferred by any formal authority, as it is in a classical enterprise. Everyone in the organization gains an influence primarily on merit, and it is assumed that the most influential one, who becomes the leader, is the most meritorious, and technically gifted.

The new leadership, or “Leadership 2.0, derives its authority and strength not from job title, position of hierarchical-based authority, or tenure. They remain leaders only as long as they contribute, and are not guaranteed progression and status based upon length of tenure. Performance and stakeholder engagement are two critical factors that determine leadership qualities, and even these traits do not guarantee leadership. Only results count.

2. Draw Strength from the Power of the Team

Traditional leadership depends largely on authority to get there, and charisma to remain successful. It is strictly hierarchical, and even post-hierarchical flat organizations depend largely on formal authority conferred by a legal source.

In leadership 2.0, the leader evolves naturally, and is only as good as the team. Open source is all about the members of the “team” or the crowd contributing their inputs, and the rise of social networks has facilitated this trend to no small extent. The “crowd puller” comes to the forefront, and becomes the leader. The leader has to not just display his or her competence above others, but success of the leader depends on finding out who is best suited or gifted to carry out a particular task, and then motivating them to do so. Leadership works in an organic way rather than conventional management delegation.

3. Lead from the Front

Traditional leaders, almost down to the last man or woman, have the gift of the gab. Such gift is by and large irrelevant in Leadership 2.0, where “doing’ matters more than anything else. In leadership 2.0, the best way to sell an idea is not to talk eloquently about it, but to start implementing it, or walk the talk. Leadership positions in the open source industry are earned by establishing trust, and trust comes from actually doing it, not delegation.

In technical terms, the open source crowd has little patience for leaders who drop suggestions, request features, or complain about a bug, expecting their subordinates to do whatever is required. Rather, credibility comes when the leader rolls up his or her sleeves, and start working on these things. Action talks, and leading from the front is the most invaluable trait for open-source leaders.

In open source software development, autonomy is the new hegemony. The management or leaders do not exert coercive controls to get things done. Rather, all individuals share a distributive DNA of what requires doing, and pull it together. The leader lays down the architectural and requirement initiatives, within the community, to establish commercial objectives. Beyond that, the role of the leader is to coordinate and collaborate, not control. Command and control is passé, and creativity and autonomy runs the show. A common thread running through both leadership styles is empowering the team, but the method of empowering works differently. Empowerment in traditional leadership is conferring a legitimate authority to do something, whereas leadership 2.0 strives to empower team members by facilitating everything that is required.

Leadership 2.0 decentralizes the decision making process. A common method is to appoint trusted delegates, such as Linux’s “subsystem maintainers.” However, it is not necessary that decisions pass through such delegates. For instance, minor fixes may go directly to the maintainer. Moreover, these trusted delegates are not appointed by the leader on their whims and fancies. They mostly stake claim to the position by a history of good participation, and wise decisions on previous issues. This decentralized nature induces transparency as well.

Leadership 2.0 values technical competency, but it does not mean it disregards soft skills. Leaders would still require “people skills” to motivate team members and employees to perform, communication skills to make explicit what is required, or clarify expectations, listening skills to communicate effectively, and more. The difference is that the leader has to be result-oriented, even as he or she exhibits all these traits. An additional soft skill that may not always be required, or even desirable in conventional leadership is humility. Among the traditional leadership styles, leadership 2.0 comes close to “servant leadership” style.

7. Leadership is separate from management

In conventional management, there is a thin line separating management and leadership. Managers plan, measure, coordinate, monitor, solve, hire, fire and do many other things. Most of their job profile is “managing” things. In leadership 2.0, leaders do not spend much time doing such things, which are best left to pure managers or administrators. They are rather concerned with people. Open source communities are generally inclusive, and self organized, and there is a strong emphasis on open decision making processes.

The conventional approach to business management was not designed to foster innovation, address the needs and expectations of the current workforce that demands more out of jobs, or operate at the accelerated speed of business. Leadership 2.0 removes much of these limitations.

Is Bitcoin the future of e-commerce currency?

Why Digital Platforms Must Take the Integrations Route