Microsoft to release major Windows 10 updates twice in a year 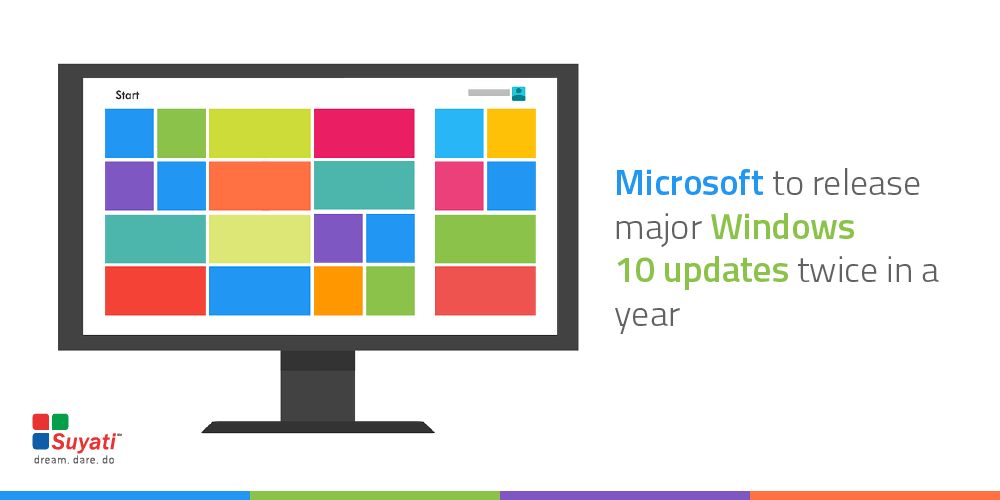 In today’s challenging and fluctuating world, it is necessary to have frequent updates on features related to security, management, and deployment capabilities.  Understanding the needs of the present times, Microsoftrolled out the “Windows as a Service” tagline for Windows 10 that included new way to build, deploy, and service Windows.  Begin 2017, Microsoft will have a feature release schedule for Windows 10 in March and September, every year. Typically, the releases used to happen every 3–5 years. Now the modifications will be in bite-sized chunks, with each feature release serviced and supported for 18 months.

As the wait for new releases were longer, the feature revisions were often significant. This burdened users with training. From here on, as soon as new features are included in Windows 10, they will be delivered to the Windows Insider Community during the development cycle, through a process called flighting. This will help the organizations to know what Microsoft is developing, developers can test and give their feedback.

This move doesn’t infer that the company will not have another version of Windows. As the current feedback suggest it is simpler to deploy Windows 10 than the earlier versions of Windows, new recurrent updates is what Microsoft has in mind now. With the easy in-place upgrade process, anyone who wants to migrate, can automatically preserve all apps, settings, and data. It is compatible with most hardware and software capable of running on Windows 7 or later.

The aim of Microsoft is to maintain a consistent Windows 10 experience for its customers, maximize customer involvement in Windows development, and simplify the deployment and servicing process for Windows.

Is Microsoft evolving to become “Microcloud”?

The Digital Transformation Advice a CEO needs in 2017: Part I

The beauty of CMS Extensions in Ektron