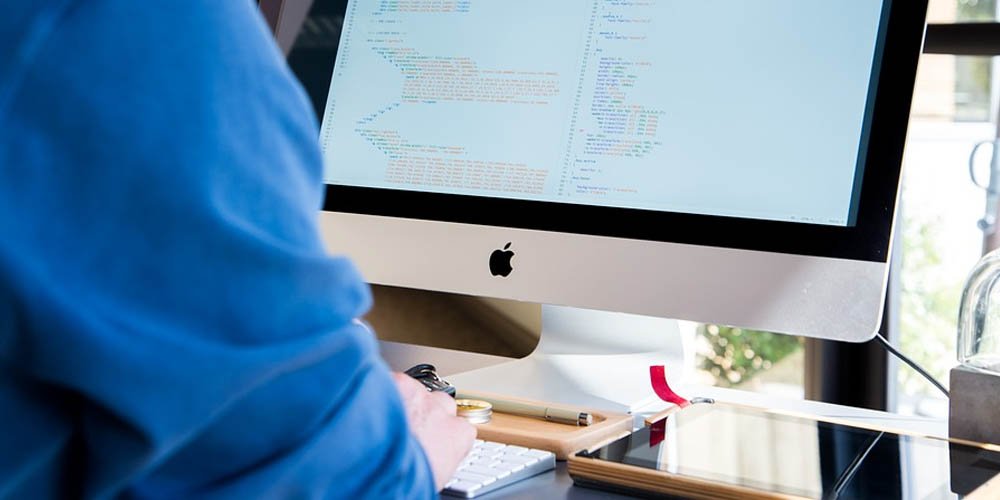 Suyati Technologies > Blog > Which Salesforce License Should You Opt for? ISVForce or OEM

Which Salesforce License Should You Opt for? ISVForce or OEM

As the first step of their app development process, developers and business users creating apps need to decide on which license to use. The license defines the relationship with Salesforce. The two main types of Salesforce licenses are ISVforce licenses and OEM licenses.

What is Salesforce ISV License?

Developers who seek to distribute apps through the AppExchange need an ISVforce license, known as the ISV license in short. ISV stands for Independent Software Vendor.

Salesforce assigns ISV licenses for application-specific or embedded software. The developer offers the software for sale or download through the AppExchange. The ISV license is an essential requirement to sell through the Salesforce App Exchange.

An ISV licensed app is generally an add-on app for existing Salesforce users, mostly to augment the Sales or Service Cloud. It delivers additional features or functionality, filling up the gaps or white space in the ecosystem. Salesforce users may top up their portfolio of apps by buying such apps, to enhance their Salesforce experience.

What is Salesforce OEM License?

Salesforce assigns OEM licenses to developers who build custom software. These licenses specify the developer’s contract with Salesforce. The license terms detail the rights and privileges end users get. These apps do not rely on Sales Cloud or Service Cloud functionality, and exist independently.

Developers may sell Salesforce OEM software to equipment manufacturers, outside the AppExchange. Users cannot buy OEM products through the AppExchange checkout. They have to contact developers directly.

OEM licensed software ties to hardware. Developers may use these software only on the installed system. They have no legal right to install the software in other systems, even if the original hardware is no longer in use.

Users who purchase these licenses from partners may use it only to access the partner’s app. Salesforce restricts end users from developing or extending apps by creating custom objects. They may access other apps sold with OEM license though.

The AppExchange OEM edition allows developers to sell apps through the AppExchange. They may sell to customers the same way they sell ISVforce apps. This license does away with the need for an independent contract with Salesforce. As such, it offers more freedom and flexibility.

The AppExchange OEM edition license offers developers a proven and secure platform. They may use the Salesforce platform to develop and sell on-demand apps, distinct from the run-of-the-mill ISV apps. Developers who use this platform may focus on product innovation. They no longer have to worry about the infrastructure or sales. They have the freedom to fix their delivery channels, but cannot use the AppExchange checkout.

However, as it is with the case of ISV licenses, these offerings are not rigid. Salesforce offers flexibility with various OEM license models. The actual configuration covered by the license would depend on negotiations. The negotiations is based on many factors, such as:

Customers of ISV apps are existing Salesforce users, who purchase from the app exchange. As such they will already have licensed Salesforce CRM running. Buyers of OEM software may need new Salesforce licenses to access the Salesforce features in the new app.

Customers install ISVforce apps into existing orgs. As such, the app uses the Salesforce features available to the customer using the app. For instance, if the app augments the Sales Cloud, the app may use the customer’s Lead, Campaign, Opportunity, and Case objects. Customers however will need to purchase licenses for optional features used by the app, if they do not have the license for those features. Also, if the app depends on functionality available only with specific licenses, customers will have to purchase the required license to use the pp. A case in point is Customer Communities.

Developers have to supply new customers, who do not have any existing Salesforce license, an org with the app installed. Customers who buy OEM embedded apps in effect buy one or more AppExchange Application licenses along with it.

Salesforce allows OEM embedded apps to access the Salesforce Lightning Platform. These apps may access standard and custom objects, workflow, reporting, and security. They also have access to some Sales and Services Cloud objects, such as Leads, Campaigns, and Opportunities. But the end-users of these apps cannot access these features.

The functionality of the org depends on the Salesforce edition, user licenses, and permission set licenses purchased and included by the developer. The developer chooses an edition upfront. Next, they purchase the needed licenses for the edition, to access different features within an edition. Feature or permission set licenses are add-ons, to access features not part of the base edition.

Salesforce offers the following licenses to holders of new and existing partners who develop apps. App developers may sell these licenses to their end customers on behalf of Salesforce.

Salesforce has discontinued the following licenses. As such new ISV license partners cannot avail of these licenses. However, they may still purchase it from existing partners, who have the right to resell it.

Customers who use OEM embedded apps need any of the following three types of user licenses:

It is not possible to avail the AppExchange OEM edition for CRM applications such as Salesforce SFA and Salesforce Service & Support.

Which License to Choose?

ISVforce licenses licenses suit developers who want to market their apps to existing Salesforce users. The ISVforce license helps them to bring their application to the target market through the AppExchange. ISVforce licensed apps in the app marketplace typically augment the Sales or Service Cloud offering.

Existing Salesforce customers may search, purchase, and install OEM Embedded applications from the AppExchange, the same way they purchase and install ISVfrce licensed apps. But developers with OEM embedded licenses can also create a new Salesforce org using the force.com platform and connect with their customers without using Salesforce directly. Customers of OEM apps need not necessarily use the Salesforce platform to use these apps.

Salesforce does not allow developers to replicate Salesforce product functionality within an OEM Embedded app. For instance, an OEM embedded app cannot have the same functionality as the Lead and Opportunity objects of the Sales and Service Cloud. Developers who replicate such functions violate the agreement with Salesforce.

Salesforce enforces the limit by aggregating the data storage available for the entire enterprise, and not on a per-user basis. The limit calculation is based on the API calls made to the org in 24 hours. When an org exceeds a limit, all users in the org faced a temporary block from making additional calls. The block removes automatically when usage for the preceding 24 hours drops below the limit.

Consider the admin of an enterprise that has Salesforce Enterprise Edition CRM running. He may browse the AppExchange and download an ISVforce licensed app to enhance the functionality of the CRM. He may purchase five licenses, each costing $10 per month, for the use of five employees. The ISV partner gets $42.5/month and Salesforce gets the remaining $7.5 per month. Or the developer may negotiate with Salesforce and make the sharing ratio $45 for the user and $5 for Salesforce.

Developers of OEM apps pay a license fee of $25 per user per month to Salesforce for availing of the AppExchange OEM Edition. This again is open for negotiation. They may set any price for their product, and charge it from end-users. Thu the OEM embedded licensed app offers scope for huge profits.

Both ISVforce and OEM licenses are handy, depending on the circumstances. Developers who seek to build functionalities that enhance the Sales or Service Cloud would do well to build an ISVforce app. Developers who build new functionality beyond the Sales and Service Cloud functionality should build an OEM Embedded app. From the user perspective, apps with ISVforce allow users to get more from their existing platform, whereas an app with an OEM license works only for the specific intended use of the app.

The correct license also depends on the architecture of the app. Apps meant for general users require an ISVforce license, whereas custom build apps for specific users require an OEM license. OEM apps work on a stand-alone basis, whereas ISVforce apps require the Sales or Service Cloud. A Salesforce Partner may use both types of Salesforce licenses simultaneously, for different products.

Choosing between Cloud and On-Premise Servers for your Business

Thank you for the time to put this together and in continuation of our last topic I will reply now.
I spend a lot of time over the past couple years explaining licensing options to clients (renewals) and prospects (new orders). If I am a trusted advisor on the application then these topics should be addressed as well in helping a client understand cost associated their decisions.
Currently I have an ISV app (free) and managed a humble 120+ installs. In finishing out a new version, I am looking towards a paid app since there’s more functionality and features and I have proven the market. I remain an ISV solely because my app centers around the core CRM standard objects. The ISV apps is just a layer or enhancement to the existing platform of Service or Sales Cloud. To date myself a little, I could say “plug and play” or now “click and configure”. For ISV’s your clients have to have Salesforce already, this is your dependency. Now, how you write you app (apex, vf, etc) can include or exclude various Editions of Salesforce. Not all ISV apps work on all editions. Interesting enough, some powerful Enterprise apps work on Professional edition because they have a “baked in API” structure which is often seen with Marketing Automation tools. Thus giving added value to the PE customer to use an ISV app, otherwise, they have to upgrade to EE or purchase for PE (bonus to ISV).
The OEM much like the EE Platform license ($25) has two standard objects (Accts/Contacts), API, workflow, etc…However, their customers don’t have to have Salesforce. They sell a stand alone platform with feature functuonality of CRM (workflow, dashboards, reports, etc). Their price is baked into the fees they pay Salesforce and their app could cost the same as a Salesforce SFA license but it is niche and very specific at times to a line of business and pre-built. They may also work with other CRMs and hence the desire to be an OEM as it is just api restructuring to hook in.
Lastly, as a word of caution. If you are a Salesforce client and using an ISV app or not and decide to pursue and OEM application then you can encounter some challenges in naming conventions, doubling your TCO (total cost of ownership). Maybe you keep the apps seperate and use the api to connect them or maybe you try to overlay them. Maybe the OEM provider can package an ISV app for you that is less expensive and more interoperable.
ISV = Salesforce and OEM = Platform
*Managed and Unmanaged packages? The managed app is controlled by the provider (ISV/OEM) so you can’t mess with or change the code. The Unmanaged app is just the opposite and allows you to jump start your process/development by being 80 or 90% ready. In some cases maybe 100%.
Thanks again for your post.