Suyati Technologies > Blog > CakePHP Vs CodeIgniter: Who wins the tug-of-war ?

CakePHP Vs CodeIgniter: Who wins the tug-of-war ? 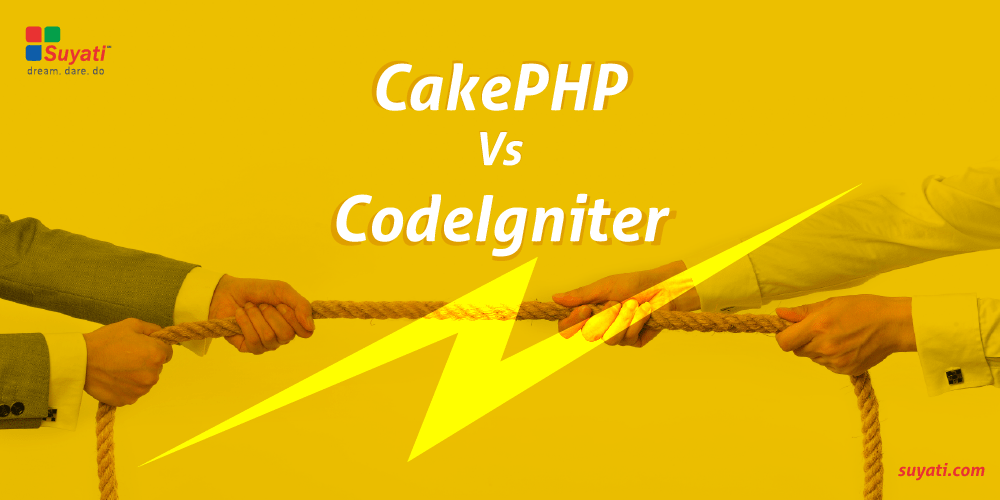 CakePHP and CodeIgniter are PHP frameworks that are often used in the similar parlance and easily interchangeable. It is never easy to pick the best out of two similar frameworks like CakePHP and CodeIgniter that provide the developer facilities and challenges in equal measure. An in-depth comparison between the two on different criteria can help one understand the strengths and weaknesses of each of the two frameworks and thereby take an informed decision. CakePHP and CodeIgniter are PHP frameworks that are quite similar to each other resulting in comparisons and each having separate fan clubs. Both the frameworks attempt to create MVC (Model-View-Controller) architecture and use routing methods. Let’s compare the two frameworks on top 10 features and understand why a developer would prefer one over the other.

So, clearly there are areas where CakePHP scores over CodeIgniter and vice-versa. With the pros and cons oscillating equally between the two PHP frameworks, it can be easily concluded that the preference over one to other is purely from a personal view and as per application requirement. If you prefer the MVC pattern then you’d naturally favor the CakePHP over CodeIgniter. However, if you are new to frameworks, you might prefer CodeIgniter since it is a lot simpler and easier to learn.

Does Magento trump OpenCart and WooCommerce?

Integrating Magento with your ERP? Follow these 5 best practices

Salesforce Einstein Analytics: Becoming a data scientist was never this...