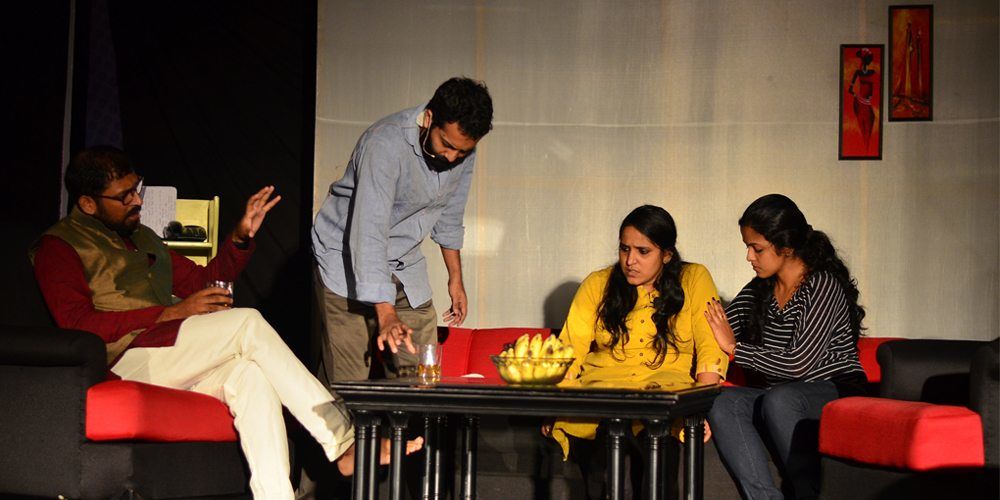 One of the highpoint of Suyati’s 8th annual day celebration was the drama enacted by our own skilled actors and actresses. The skits usually performed by Suyatians during Onam and Christmas celebration showcased some of the amazing acting talent in our team. That’s why Unni wanted to take our dramatic skills to the next level – with a proper, serious, live show.

We roped in Vishnu and Sanoop from Act Lab – an acting school in Kochi, to train and polish our in-house gems. They chose a realistic play ‘Lights Out!’ (1984) by Manjula Padmanabhan. It required just three female characters and three male characters. Now the challenge? Twenty five people turned up for the audition! And the judges had a tough time as they had to choose the six best to fit the role of the characters in the play. 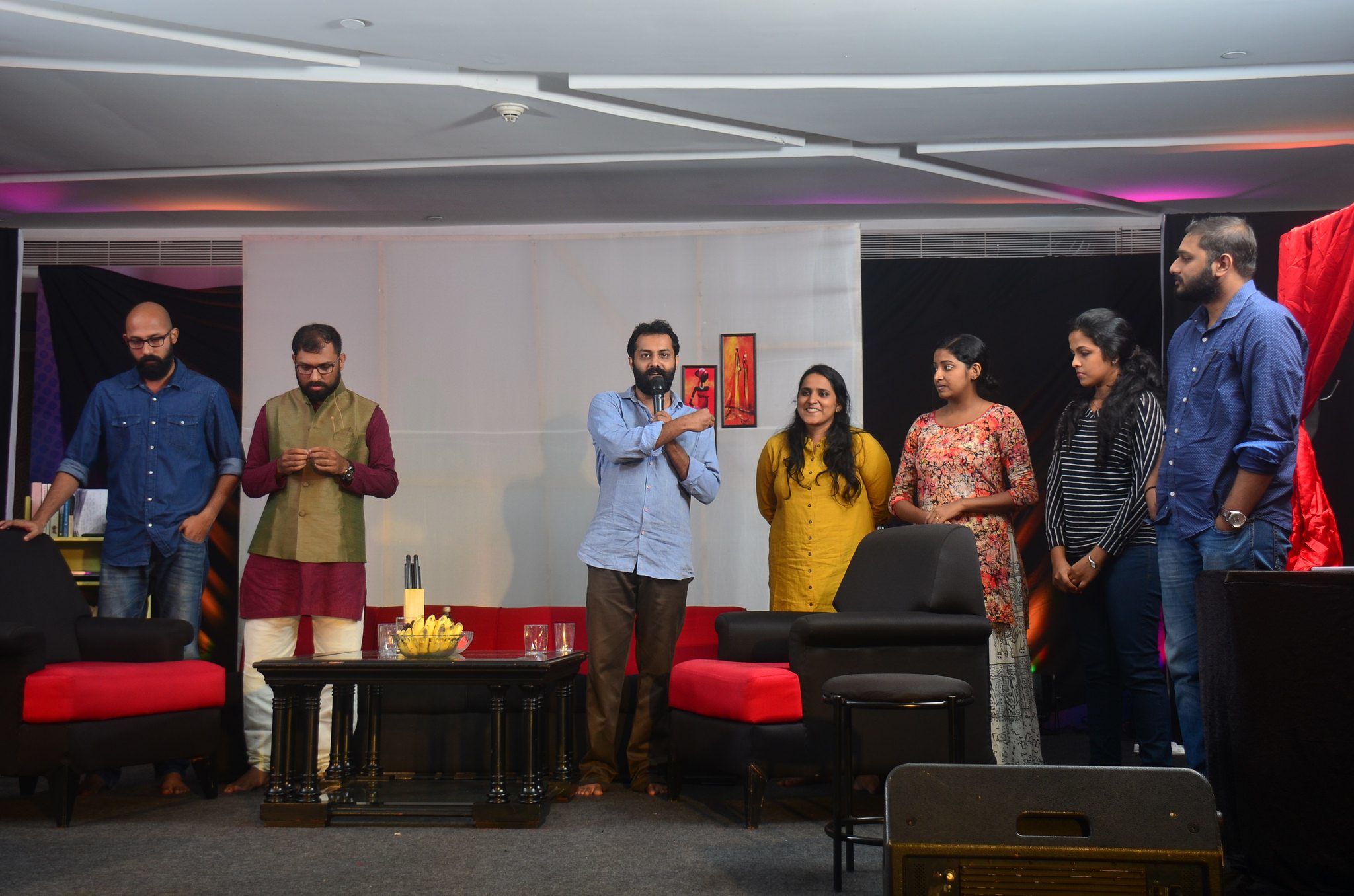 Unni as Bhaskar – an upper middle class man, who has a casual attitude towards exploitation of women in the society and home. However, soon after practice started, Unni fell sick, and Vishnu replaced him for the final performance.

Asitha as Frieda – their maid

The leitmotif of the play was to depict the case of social apathy, and victimization of women in India. The difference in reactions of women and men, when they hear sexual assaults and cries from their neighboring building, forms the main plot of the play.

The identity crisis and frustration were acted out brilliantly by all the women characters. Deepthi lived the character of a hysterical woman Leela, a wife who pleads to her husband Bhaskar to take action against the offenders of most heinous crime against women. The frustration of distressed Naina was played well by Jeena. It was Asitha’s first performance on stage. Her performance at the audition was so real that the judges felt no need to look for anyone beyond the role she played. Frieda’s silence and the fear of being abused was expressed by her expressions alone. Her friends said that she actually practiced her slow robotic steps every day, and it was emotionally painful as we saw her walking on the stage.

Being women, the three felt affinity with the victim, but the casual attitude and male dominance inside as well as outside the home was portrayed by Bhaskar (Vishnu), Mohan (Arjun) and Surinder (Shamnad). The emphasis on gender inequality was displayed unerringly and superbly by Vishnu as a husband who silences his wife’s every utterance, by Arjun who quietens the conscience of the women by arguing that these victims are just prostitutes and not decent women, and by Surinder who reminds his wife to be subservient to him.

Thanks to ActLab team for training and helping Suyatians put up a professional show by bringing the best out of them. Light, moves, props, and music – everything was top-notch! We had many volunteers who worked behind the scenes, to make this play go on smoothly. No doubt, Suyati has got talent! And a great dramatic team too!

Dreamtalk- Day 1 in a Nutshell