How Artificial Intelligence is becoming the core of the future 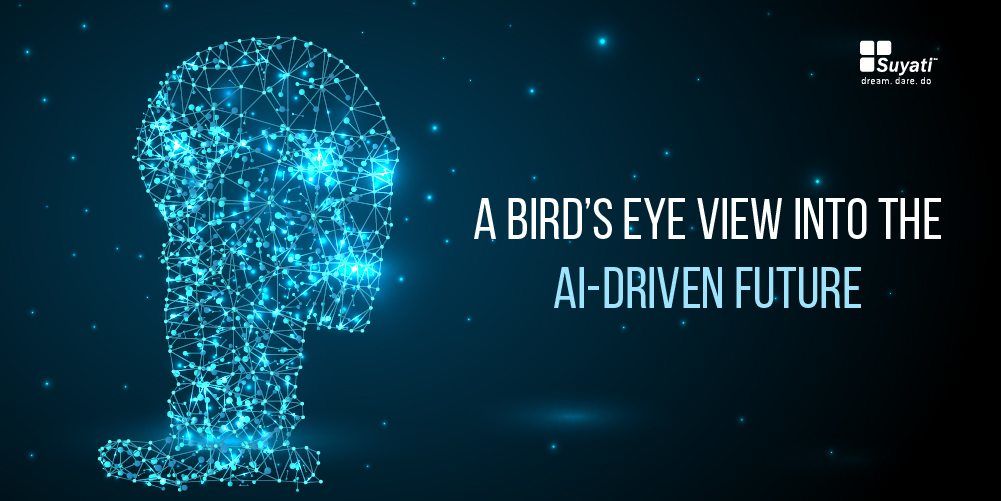 With the power of the human brain increasing manifold, the degree of technological advancement is also correspondingly getting infinite. With Big Data and the Internet of Things (IoT) clearly making its presence felt across several industries, Artificial Intelligence (AI) and machine learning are not far behind. In fact, the future looks to be largely governed by these two forces so much so that several businesses are driving their investment in this direction, banking on the innovative benefits that it promises.

AI unfolds itself as a significant game-changer by being a key player in the process of digital transformation for a wide range of industries. In order to understand how AI is culminating to be the next driving force in the technology paradigm, let us understand how it all started and what its primary capabilities are.

Coined in 1955, AI, in dictionary terms, refers to the role of machines in aiding the simulation of human intelligence that mimics cognitive processes such as thinking and reasoning. Based on reason and judgment, machines initiate action.

With 2016 being a landmark year in terms of laying the foundation for several AI-related development, 2017 looks even more promising. Say for instance the overwhelming success of Amazon’s Alexa, which has AI capabilities in the form of speaking the human language. Yet another case in point is the phenomenal fame of Apple’s Siri, almost a household name in its role as a digital personal assistant. Consider these statistics to get a sense of how AI is creating waves.

A survey by Narrative Science came up with the figures that a good 38 percent of enterprises are currently using AI, promising a growth of almost 62 percent by early 2018. Another prediction by the Forrester Research suggested an overwhelming 300% increase in AI investments in 2017 compared to 2016. The International Data Corporation (IDC) predicts that from a mere $8 billion market in 2016, AI will grow to a massive $47 billion market in 2020.

With the IT industry marking the evolution and arrival of AI in 2016, technology giants such as Apple, Facebook, Google and Microsoft are all expected to push AI further in 2017. If reports are to be believed, Apple is already on its way to explore the complete potential of AI by commissioning its AI team to publish white papers on the subject as a maiden venture.

Here are the significant areas AI is touted to resonate with success in the upcoming year:

Precision medicine is that branch of healthcare that taps the power of AI to get to the root of a particular disease and diagnose it by understanding its mechanisms. Healthcare-driven AI startups mushroomed from 20 in 2012 to a whopping 70 in 2016. Some notable startups include CarbonX which is working at building an ecosystem of digital life to cater to a niche set of patients who are seeking a personalized health management system. Flatiron Health is seeking ways to battle cancer and is employing the power of organized data to guide oncologists in care enhancement.

While they’re relatively much simpler in function in comparison to other AI systems, apps like Spotify, Pandora, or Netflix perform a useful task: make music recommendations as well as movie recommendations on the basis of your interests, which they have a record of owing to your browsing habits, your wish lists, or judgements you’ve made in the past. By keeping a close tab on the choices you make and feeding them into a learning algorithm, these apps pop up recommendations that you’re highly likely to show an interest for.

With enterprise mobility being an important aspect of business fruition, AI applications are increasingly being used to manage the movement of domestic and international goods. With increased optimization of capabilities and innovation, logistics and supply chain management is going to undergo a curious sea change. For instance, Siemens in an attempt to streamline its operations, has automated some of its production lines to an extent that they can function without manual supervision for several weeks. As part of their Industrie 4.0 mission, they are aiming to build a fully self-organizing factory which will automate the entire supply chain with features along the likes of self-driven delivery vans and unmanned aerial vehicles.

The logistics industry function will undergo a fundamental change with the deployment of AI in handling domestic and international movement of goods. Studies have shown that DHL’s use of autonomous fork lifts is “reaching a level of maturity” in warehouse operations. Ideally, the next change in that direction would be self-driven vehicles all set to carry out goods and manage delivery operations.

AI is poised to revolutionize the way we travel, a notch further. AI is at the heart of increased mobility in the future. Autonomous or self-driving cars could well be the result of appropriate data fed into high-level algorithms and what you have is the game on for a new world of mobility. Self-driving cars are in their primary stages of testing and initial production from the likes of Google, Tesla, and Uber; personal self-driving cars are expected to hit the market by 2018, with commercial applications looking to be an interesting prospect. Morgan Stanley draws up predictions that driverless cars will save up to $1.3 trillion a year by 2035 to 2050, with a global annual saving of $5.6 trillion.

With the amount of financial data increasing in leaps and bounds, many financial services companies are looking in the direction of AI to look for key solutions. With financial advice becoming an automated process, there is a surge in the trend of “robot-advisers” that automatically provides assistance to financial clients, especially those with relatively simple financial problems. For instance, Alphasense, the award-winning financial search engine offers what it calls a “professional search functionality”, which aims at making the best use of a sophisticated natural language processing and search technology to track down key relevant information.

“Yes, We Can!” reaffirms Team Suyati after ‘Inspire and win’ session

SUYATI STEP – A STEP AHEAD